Independence Day is the quintessential American holiday. Built around family, fireworks, and friends it is challenged for national supremacy only by Thanksgiving, and the weather is a whole lot nicer in July than in November.  I’m sorry, did we forget to mention food? Silly us, because Gildshire Magazines is gastro-central for all things Holiday and food. We come to you today with questions. Are you old school Fourth of July food? Or are you new school Fourth of July food? Either way, we don’t judge. Here are some ideas from both sides of the Fourth of July food debate. Click the links where available for preparation details.

Old School Pulled Pork Barbecue Sandwich: If I had been born pork, I would want to be pulled. That’s how fond we are of pulled pork. 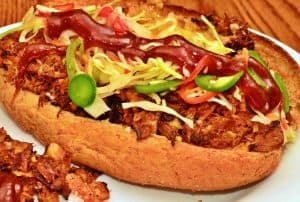 Just 3.5 pounds of bone-in pork shoulder, a dry rub, and your favorite barbecue sauce will make your guests squeal like the late, great swine set before them. The best Fourth of July chefs prefer Sweet Baby Ray’s sauces and Gildshire agrees. 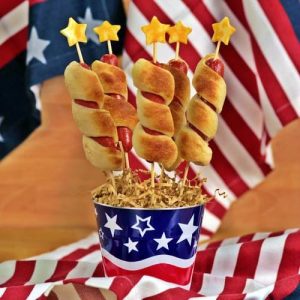 New School Firecracker Hot Dogs: They sound complicated, but they really aren’t. The store-bought refrigerated breadstick dough is the secret to the ease of this dish. Spiral the dough up the dog, bake it and decorate with Colby cheese stars. It may sound upscale, but served with ketchup and mustard how frou-frou can it be?

Old School Slow Cooker Ribs:  We love our slow cooker 365 days a year, but it is particularly handy when the cook wants to socialize instead of being trapped in the kitchen. 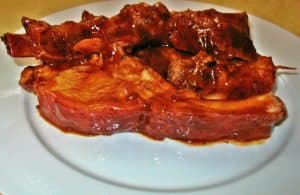 Brown four pounds of ribs, 15 minutes a side, and mix your sauce ingredients. Here is where you get creative because the ribs are very forgiving. Try a mixture of ketchup, mustard, Worcestershire sauce, brown sugar, and your favorite cola. Add and subtract the ingredient percentages until it tastes like a winner. Cover the ribs with the sauce, and put them in the slow cooker on low for at least six hours (eight hours is even better.) 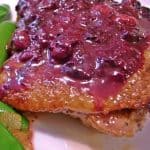 New School Pork Tenderloin With Blueberry Barbecue Sauce: Prepare the sauce first for this dish. Blueberries, honey, jalapenos, and fresh ginger are the most important components. Grill the tenderloins in two stages. Sear over medium heat, and then cover with sauce. Continue the grilling process for 10 minutes per side. Let it rest for a few minutes before serving.

Old School Cole Slaw: Any salad that starts out in a bag is going to rate highly on the ease of preparation chart. Use Miracle Whip for flavor and vegetable oil for creamy goodness.  Don’t skimp on the sugar. Chill for exactly two hours before serving. This is so old school we don’t think a picture is necessary.

New School Strawberry Balsamic Pasta Salad: If there is one thing old and new schoolers agree on its strawberries. For this fresh take on berries in salad use farfalle pasta and shredded cheese. 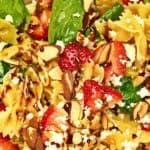 The recipe says feta, but shredded cheddar is better, in our opinion. The almonds at the end are optional as they serve, primarily, as garnish. 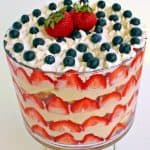 Old School American Flag Trifle: Your guests will know you are not a host or hostess with whom to trifle when you produce this beauty. Its fruit, cake, pudding, liquor, and whipped cream all in one bowl. The recipe calls for coconut-flavored rum but we think any rum works just fine. Refrigerate leftovers, it says. Invite Gildshire to your gathering and there won’t be any leftovers.

They have a point, as this beautiful creation is cupcakes (from scratch, no less) along with strawberries soaked in champagne, heavy cream chocolate ganache, and fire. Who says kids nowadays don’t get it? 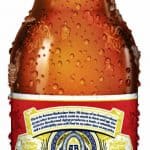 Old School Beer: “Budweiser, Coors, or Miller High Life. That’s what old school Fourth of July gatherings called for when my Daddy’s Daddy was a boy and that’s what they call for today.” Oh yeah, old timer? Check this out!”

Those are the key ingredients to a drink that makes us think “blue” first when we think red, white and blue.

Your friends at the worldwide Gildshire headquarters wish a happy, healthy, and most of all safe Fourth of July for you and those you hold dear. Enjoy these food ideas with our best wishes. God Bless You and God Bless the United Sates of America. 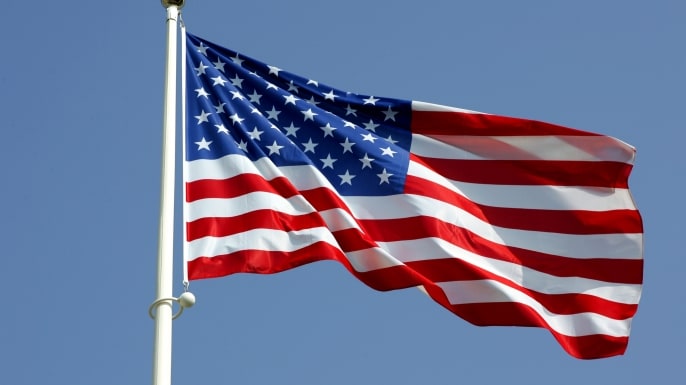 Electric Car Warning Noise May be Shelved By Feds