Francisco de Goya was the greatest painter of 18th century Spain. Born in an isolated village, he went to Madrid at 18 to work in the studio of Francisco Bayeu, whose sister he later married. Madrid was the center of Spanish culture and society, but Goya was slow to make his name, becoming a royal painter only when he was 43. From then on his future was assured, and he quickly rose to even higher eminence.
Goya began his career and first earned his reputation designing colorful tapestries for royal palaces and painting cartoons, and further success came from portraits. But his own traumatic illness, which left him permanently deaf and the dreadful events of the war against France led him to depict scenes of horrific violence – paintings and etchings of his bizarre, fantastic ‘imaginings’ were followed by satires on high society and ghastly visions of the horrors of war. His late ‘black paintings’ were more dramatic still, with immense, if gloomy, impact. 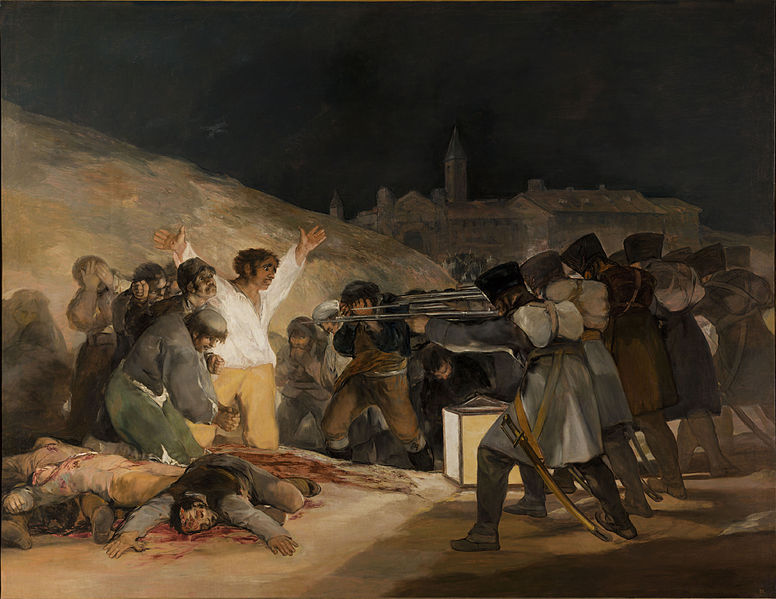 Goya’s imaginative scenes are intensely personal works, but they also form part of a long tradition of elaborate and bizarre fantasy. Hieronymous Bosch was a Flemish artist, whose paintings were particularly popular in Spain – the royal family owned the finest collection in the world. In the 20th century, the Spanish painter Salvador Dali is the most famous representative of Surrealism – a movement that explores the subconscious in disturbing irrational scenes. 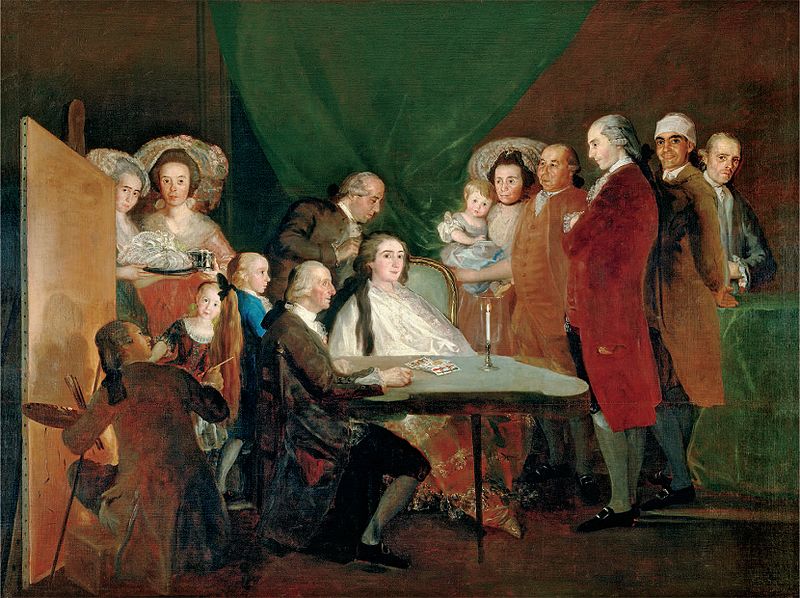 The Family of the Infante Don Luis, 1784

By 1800, despite the crippling illness that left him deaf, Goya was one of Spain’s most successful painters. He moved freely among royalty and the aristocracy and painted numerous portraits of the court. The Clothed Maja, which may be a portrait of the Duchess of Alba, was owned by the royal favorite, Manuel de Godoy. Like the portraits of Doña Isabel de Porcel and the Two Majas on the Balcony, it reveals Goya’s interest in costume as well as the subtleties of character.
During the Napoleonic Wars, Goya painted a formal portrait of Wellington, The Duke of Wellington, whose army was advancing across Spain. He soon became obsessed with the cruelty and utter futility of the fighting. The Colossus and the famous Third of May, 1808, are both powerful evocations of the catastrophes of warfare.
Towards the end of his life, Goya’s works acquired a nightmarish intensity: the gory Saturn Devouring One of His Sons is his most savage and disturbing vision.