Home » Healthy Lifestyle » The Fruit That Tastes Like Chocolate

Cupuaçu (coo-poo-asoo) tastes little like a pineapple and a pear, with some hints of banana in it. Grown in the Amazon basin, which includes Colombia, Peru, Bolivia, and Brazil, it was eaten by pre-Ice Age beasts like mastodons and giant sloths, and then cultivated by local tribes. In 2008, Brazil made it the national fruit. Despite its importance in the Amazon, the cupuacu fruit has only recently attracted attention from the United States. How? As a chocolate alternative.

What is the cupuacu? 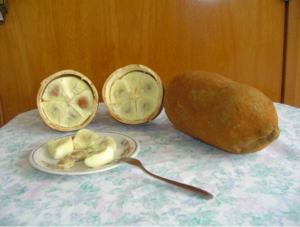 First, let’s dig into the fruit’s basic data: the cupuacu tree grows between 16-50 feet high, with big leaves. The flower produces a pod with a hard, brown shell, inside which the fruit grows. It’s similar to the cacao tree, which makes sense, considering they’re related. When the beans fall, they’re harvested, though it’s hard to figure out the ideal ripeness. The inside of the fruit is white and pulpy, with a creamy texture. People say the juice is like a pear, with hints of banana, while the flavor is like pineapple and chocolate.

Brazil actually wasn’t the first company to try and get on this aspect of the tropical fruit. Japan tried to trademark the “cupacau name” to make a chocolate coffee drink, and in 2003, exported 200 tons of seeds to the island country. Brazil stepped in, and made it the natural fruit and ineligible for trademark.

Amma, a Brazilian company that makes organic chocolate bars, began making cupuacu bars back in the early 2010’s. A London chocolatier used it, eager to try something new. He mixes the bar with honey, butter, and cream, and then coats it in chocolate. It’s apparently trickier to work with than regular chocolate, because cupuacu has a higher fat content. That gives it the exquisitely-creamy texture the fruit is known for. In this form, the chocolate has a unique sweet and sour taste. 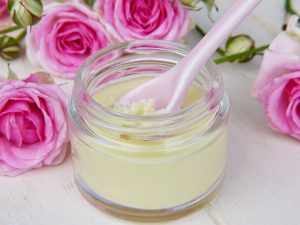 What about nutritional benefits? Amazon tribes quickly picked up on the fruit’s power, and gave the seeds to those with stomach pain, while pregnant women drank the juice. In scientific studies, we’ve learned that cupuacu is high in vitamins B1, B2, and B3, as well as nine antioxidants. It has energy-boosting properties, can lower blood pressure, and strengthen the immune system.

In addition to chocolate, cupuacu is used to make cosmetic products. The “butter” of the fruit is extracted from seeds, and used in lip balms, hair care, and other beauty and health products. It doesn’t clog the skin’s pores or cause breakouts, and it provides a little protection against the sun. Because of its anti-aging properties, you’ll see it in eye firming products, too.

Cacao farming and chocolate-making has a devastating impact on the environment. Vast areas of rainforest are cleared to make room for cacao trees, which not only affects the climate, but decreases biological diversity. If cupuacu takes off, will that become a problem, too? It’s hard to say, but it’s unlikely that cupuacu will overtake chocolate as one of the world’s favorite foods. That means fewer trees and less impact.

Are you a white chocolate person or do you prefer dark chocolate? Would you try pink?