Home » Our World » Getting Funky: The Story of Funko Pop Toys

Impossible to resist and with a low price, Funko Pop toys are the ultimate introduction to collectibles. They come in a variety of designs, from major pop culture icons like Captain America, to figures from more obscure fandoms like The Rocky Horror Picture Show. Where did these cute little guys come from?

In 1998, a T-shirt designer who loved toys was trying to buy a vintage coin bank with the Big Boy mascot on it. Mike Becker found one on eBay, but to his dismay, the price started at hundreds of dollars. He figured it would be easier to just create a replica in China. This inspired him to start his own toy company from his house in Washington state. He started selling coin banks, bobbleheads, and hand puppets. That first series depicted classic characters like Popeye, cereal mascots, and Big Boy.

A star is born

Becker’s company, which he called Funko, was starting to lose its appeal by 2005. Becker thought about shutting it down, but Brian Mariotti stepped in. Mariotti was a natural fit for the company as he loved collecting, and had even managed to make a down payment on his house by selling his Pez dispensers. Becker sold him Funko on the condition Mariotti kept on important employees.

It wasn’t until five years that Funko really started gaining attention. At the 2010 San Diego Comic-Con, Mariotti brought some prototypes. There were four, specifically: two Batmans, Green Lantern, and Bat Girl. Old fans weren’t too pleased, but people who had never bought Funko toys before were intrigued. This was enough to convince Funko, and Funko Pop! was born.

Using licenses like DC, Marvel, and Star Wars characters, Funko started selling the Funko Pop toys anywhere they could, including online and in stores that didn’t traditionally carry collectibles. Word started spreading, and soon celebrities like the Game of Thrones cast were taking pictures with their Pops.  The unique design of the Funko pop toys – little black eyes, tiny noses, and no mouth – is instantly recognizable, and even figures of characters like Freddy Krueger are cute. 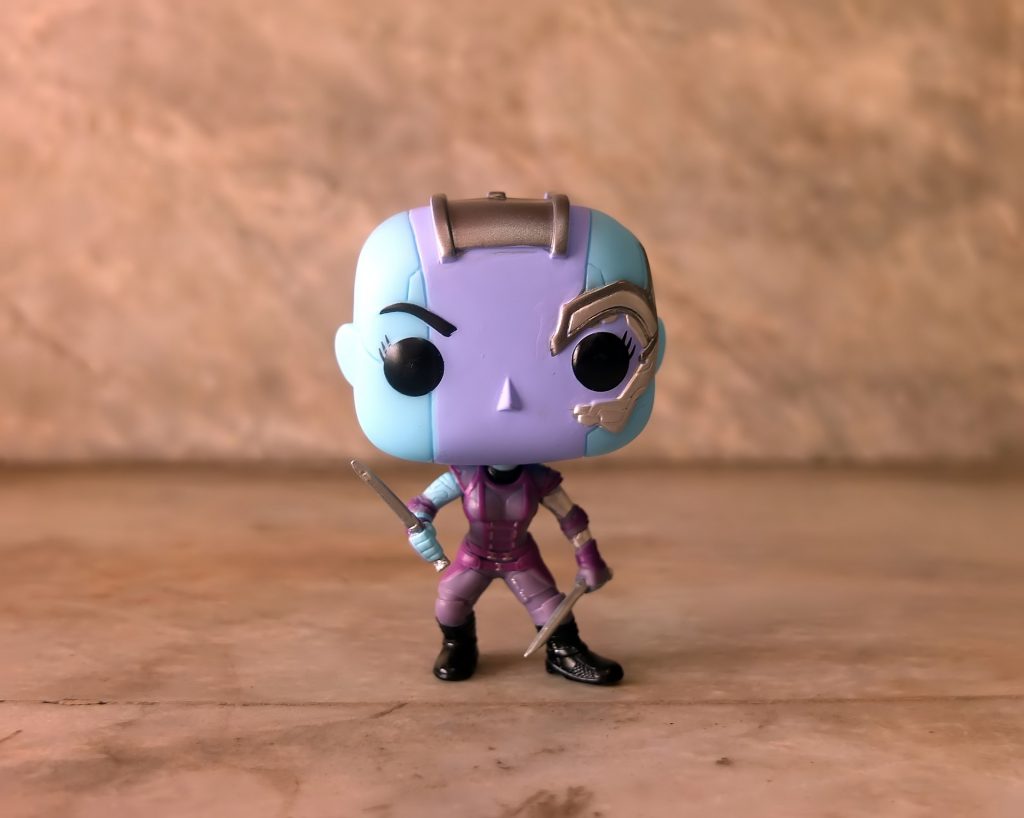 Nebula from the Marvel Universe

The future of Funko

Funko only keeps expanding. While it doesn’t only make the Pop toys, that’s certainly their most popular series. Funko owns around 180 licenses from TV, comic books, video games, movies, and more. There’s even talks about a movie featuring the Funko Pop versions of Deadpool, Hello Kitty, Harley Quinn, and more. If it happens, it will be the first movie to feature Marvel and DC characters together.

Some Funko Pop toys are very random and very valuable. Bob Ross has his own figure, as does Cthulhu, the Great One. Many of the valuable Funko Pops were sold at conferences and Comic-Cons. The Holographic Darth Maul figure came out in 2012 at SDCC, and cost nearly $2000. Now, because it’s so rare, it’s resell is even higher. A metallic version of Captain America, also made exclusively for the SDCC, is around $1300. Here are some other notable Funko Pops:

Laura Palmer – a macabre depiction of the Twin Peaks character, as she’s clearly dead and wrapped in plastic

Cuphead – the title character of a popular 2D video game

Zombified Merle Dixon – a character from The Walking Dead, but in his zombie form

Funko Pops may become one of the most popular toys in this decade, but what were the most sought-after toys in the past?

Kickoff 2019: Questions Facing the Teams in the AFC West

Kickoff 2019: Questions Facing the Teams in the NFC East