“It’s the happiest time of the year.” Or, so we are told. Actually, most holiday season traditions are joyous. The lights, the trees, and the hot chocolate infused caroling are great! After all, without the holidays we would be left with a cold, dark month. Instead, chestnuts roasting on an open fire…and gifts! The giving and receiving of gifts is a beautiful thing, but gift-giving between co-workers at the office can be fraught with stress. That’s where Gildshire comes along with our best ideas. These guidelines can take a potentially hard situation, put sugar plums on it, and take it for a sleigh ride.

1) The spending limit should be set at a reasonable level

Best case scenario, a spending limit that’s too high uses up a Christmas bonus. Worst case, it causes hardship to the lower-earners in the workplace. Some offices have set a spending limit of 8% of a week’s pay for the lowest paid member of the office, but no two offices are alike.

For the most part, gifts that are worn on the body (lotions, perfumes, colognes, etc.) aren’t a good idea. Clothing is unacceptable, though a sweatshirt carrying the logo of his/her favorite team is an exception to this rule. Gag gifts are out of bounds unless the group decides on them for this occasion. So, avoid the temptation to buy the pen that has the undressing bikini girl on it. That’s tacky even for a gag gift. 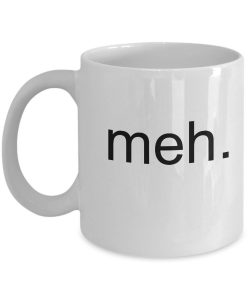 If this is your best gift-giving idea, you need our guide in the worst way.

No pressure here, but your gift choice speaks volumes about the man or woman in the mirror. The best gifts show a level of respect for the recipient and shine a positive light on the giver. Conversely, a coffee mug you picked up this morning at the downstairs office gift shop shines a light on you, too, but it’s a harsh fluorescent light that makes you look ugly and old.

4) Don’t be a gift-giving hero

We discussed an appropriate spending limit, but what if there’s no stated limit? Don’t give out extravagant gifts that say “look at me.” It will look like your goal is to outshine your co-workers. That won’t enhance your reputation and will probably make your recipient uncomfortable. Gift-giving price tags should be proportional. That means to the occasion, but also to the setting. A gift exchange during the workday, accompanied by tea and cookies is a different thing than exchanging presents at a formal dinner in the ballroom of the Hilton.

low-balling is fraught with danger, too. A cheap gift announces itself as such, and you can add “insincere” to the word “cheap.” How do you avoid an inappropriate gift? No two workplaces are alike When in doubt, corner a couple of colleagues and ask how much they’re going to spend.

5) Cash and gift cards are not one and the same

Cash is acceptable as a bonus from the company but is not an acceptable gift. However, gift cards/certificates spend like cash and are acceptable gift-giving currency. Make sure your gift card is appropriate to the recipient. Don’t purchase Starbucks for someone who doesn’t drink caffeine. I know, IknowIknowIknow Starbucks has decaffeinated options, but the person who wants Starbucks absorbs the caffeine through their skin. Of course, most people appreciate a well-chosen bottle of wine. Make sure your recipient doesn’t have personal reasons (religious, 12-step, etc.) for not imbibing. 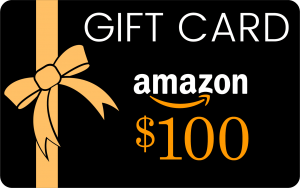 If you have worked on this problem in your mind for days, and still draw a blank, go with the tried and true. An Amazon card is your safest bet. An iTunes card is a close second.

Those are the best ideas Gildshire has for this happy, yet harrowing adventure in gift-giving. Good luck and may the $100 gift card shown above be yours.

Weirdest Things Washed Up On Beaches