Gildshire Goes to the Movies: July 14-16

“When you play the Game of Thrones you win or you die!” My goodness, I had no idea the stakes were so high. Actually, that was a line from Season One, Episode Seven of the hit HBO series. Some folks will stay at home this weekend and watch the season premiere of GoT. That’s too bad because DVR’s were made for Game of Thrones. The weekend was made for movies on the big and silver screen with bigger than life comedy, drama, action, and adventure. Gildshire Goes to the Movies was made for the films of our time.

Four movies with Rotten Tomatoes’ scores open this week. Our friends at R/T are benign. Shall we see if Gildshire Goes to the Movies is so kind? “Turn us away and we will burn you first.” 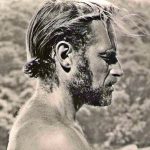 Mr. Heston at the height of his powers. 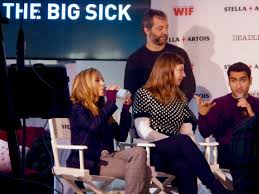 The Big Sick: Rated R for language including some sexual references. The challenge for any moviemaker with a romantic comedy on his laptop is being derivative. What has been said, that is truly new since Meg Ryan faked an orgasm in the middle of a restaurant? Indeed, Cary Grant and Katherine Hepburn ruined it for almost everyone in “The Philadelphia Story.”  We have seen it all before. That’s why “The Big Sick” is a unique joy and the Gildshire Movie of the Fortnight Award winner. Based on a true story, it sparkles with a cross-cultural truth. Can a Pakistani boy fall in love with a white girl when her family and an illness stand in the way? It doesn’t sound hilarious, but, trust us, it is. It stars Kumail Nanjiani, Zoe Kazan, Holly Hunter, and Ray Romano. Rotten Tomatoes 97, Gildshire 4.7

Lady Macbeth: Rated R for some disturbing violence, strong sexuality/nudity, and language. How often do you watch a trailer and go “Phew” afterward? Such is the intensity of this movie. Florence Pugh may be the next big movie star and this film will be the vehicle that makes it real. What themes are explored? The cruel patriarchy that has plagued women since time began. That’s surely one. Oh, and raw, hot, sex. Yes, that’s present, as well. It also stars Christopher Fairbank, Cosmo Jarvis, and Bill Fellows. Rotten Tomatoes 91, Gildshire 4.5

To the Bone: Not Rated. The subject of young ladies and the unrealistic expectations placed on their body-type is a conversation worth having. Eating disorders have always been with us, but movies about them haven’t. It has been a taboo topic for far too long. 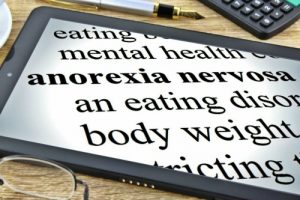 This movie takes an unflinching look at the issue, all the while avoiding sounding preachy. Starring Lily Collins, Keanu Reaves, Lily Taylor, and Alex Sharp, it is an important film. It isn’t the week’s most entertaining movie. In fact, it isn’t always easy to watch. That doesn’t make it less essential to the conversations we need to start. Rotten Tomatoes 80, Gildshire 3.9

That’s the story for this time. We’ll be back in a couple of weeks with more movies and more movie fun. Until then, lay siege to movie theaters from Winterfell to Astapor. I understand the concession stand has pigeon pie.

Okay, that really is the last Game of Thrones reference. We swear on our dragon’s fire.