Gildshire Goes to the Movies the Last Weekend in July

Hello again, movie soldiers of all shapes, sizes, ages and gender orientations. Gildshire Magazines is back with another round of movie fun. In this episode, we will examine current coming attractions and be attracted, ourselves to at least one movie. We’re glad you’re here. You’re pretty attractive yourself. Yes, it’s Gildshire Goes to the Movies the Last Weekend in July, available only to the good-looking people in the crowd. Aren’t you glad you qualify? Something’s different about you. Have you lost weight?

Rotten Tomatoes has scored four new releases this week. We’re actually sorry that one is missing. The Emoji Movie comes out this weekend. Gildshire Goes to the Movies was looking forward to previewing it using only emojis. Oh, well. 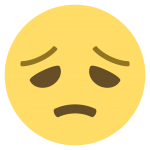 Sadness abounds in Gildshire Goes to the Movies.

Atomic Blonde: Rated R for sequences of strong violence, language throughout, and some sexuality/nudity. When I was but a little tyke, my mother gave me some advice that has stuck with me through the years. “Be careful of the pretty ones,” she said. “A lot of the time they don’t have anything to them.” 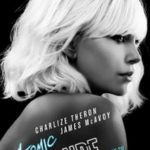 A young lady with a great deal “to her.”

Mom, meet Lorraine Broughton. Played by Charlize Theron, they don’t come much prettier, and she has A LOT going on. As it happens, an international spy ring has designs on scuttling the end of the Cold War. Ms. Broughton brings her unique blend of beauty, brains, and high-tech gadgetry to bear on the problem. The movie co-stars James McAvoy, John Goodman, and Til Schweiger. Rotten Tomatoes 75, Gildshire 4.0.

An Inconvenient Sequel: Truth to Power: Rated PG for thematic elements and some troubling images. Actually, the troubling images are becoming apparent both on and off screen. The Science has settled that climate change is real. 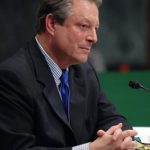 In this sequel to “An Inconvenient Truth,” former Vice President Al Gore shares a stage with scary images, followed by a certain amount of hope. The tech is there to make a difference but is the will of the people strong enough to overcome its own leadership. Some movies should be seen purely because our lives just may depend on it. That makes this movie, with no movie star power to speak of, the Gildshire Goes to the Movies winner of the Movie of the Fortnight prize. Rotten Tomatoes 74, Gildshire 4.7.

Brigsby Bear: Rated PG-13 for thematic elements, brief sexuality, drug material and teen partying. Stop me if you’ve heard this before. Somewhere there is a person who is isolated from the rest of the world. 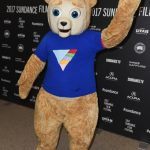 When he discovers that there is a great wonder beyond his vision, he is rendered incompetent, until he isn’t. Yes, The Truman Show, The Colony, Into the Wild, and countless other movies come to mind. We say, though, that no other movie has done it quite like this one. Brigsby Bear is a one-man audience cartoon. The lone audience member breaks through the fantasy world when the show doesn’t air on time. Some borderline movie magic takes place as the film continues from there. It stars Kyle Mooney, Claire Danes, Mark Hamill, and Greg Kinnear. Rotten Tomatoes 84, Gildshire 4.6.

A Family Man, Rated R for language and some sexual content. It’s called work/life balance. Too few employers allow for it, beyond lip service. (Ask your Schwan’s driver how many hours he works.) Too few powerful employees seek it out. 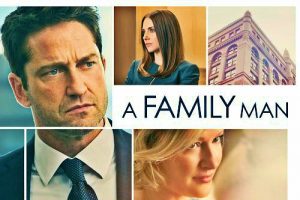 In this dramatic tear-jerker, Gerard Butler is a successful headhunter of top executives. Meanwhile, his son is sick and Dad doesn’t seem to care, or indeed even realize what is going on at home. It’s too formulaic for some, but this movie could raise important questions about that whole work/life balance thing. It co-stars Willem Defoe, Alison Brie, and Gretchen Mol. Rotten Tomatoes 22, Gildshire 3.5.

That’s all for this week, boys and girls…and bears. Tune in again next week, unless the planet has burst into spontaneous combustion. We had fair warning. Until then, we will see your smiling face as you prepare to go into the theater. Don’t forget that Coke Icee. It’s the best thing to happen to movie popcorn since movie butter. See you there!