Hello again, cinema fans. In light of the holiday, we’re back with a special edition of Goes to the Movies. Gildshire Magazines knows what you are about this Memorial Day weekend. Grillin’, tannin’, and movie watchin’! That’s what we’re talking about!

Memorial Day is the unofficial start of summer and the official start of the summer movie season. That means our friends at Rotten Tomatoes are red, hot and rollin’ with opinions. We are, as well.

To celebrate summer in general, and summer blockbusters in particular, we have invited a guest commentator for one of our movies. Gaby Goodmovie will be offering her thoughts on “Baywatch.” Let’s get to it.

Pirates of the Caribbean: Dead Men Tell No Tales: Rated PG-13 for sequences of adventure violence and some suggestive content. Johnny Depp is one of the film world’s most versatile actors. He has played a cop, an astronaut, the Lone Ranger’s sidekick, and Don Juan DeMarco in a career nearing 35 years in length. He’s a treasure of acting versatility, and he has his own island. How cool is that? 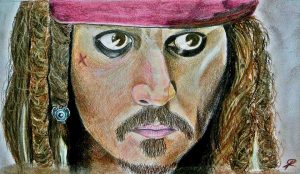 He will, however,  go to his grave known for the role of Captain Jack Sparrow. In this, the fifth entrant in the “Pirates” franchise Sparrow…well, you know what he does, because he’s done it four times already. It costars Orlando Bloom, Kaya Scodelario, and Javier Bardem. Rotten Tomatoes 28, Gildshire 3.3

Baywatch: Rated R for language throughout, crude sexual content, and graphic nudity. Hi, I’m Gaby. I wanted to write up Baywatch and Gildshire was kind enough to let me do it. Look, Baywatch may not be for everyone, but it’s for me and for everyone I know. 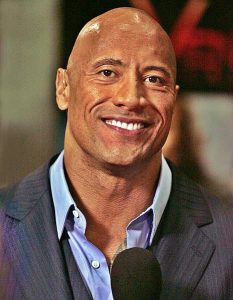 Be still her heart.

Those buzzkills at Rotten Tomatoes may say it isn’t any good, but it has the beach, babes, and (be still my pounding heart) Dwayne “The Rock” Johnson. That and a bucket of popcorn the size of a Toyota Camry and I’m good. Trust me about “Baywatch.” You’ll love it. In fact, I’m giving it the Gildshire Movie of the Fort…Ok, Gaby, thanks so very much. Baywatch co-stars Zac Efron, Alexandra Daddario, and Kelly Rohrback. Rotten Tomatoes 21, Gaby Goes to the Movies 18.0 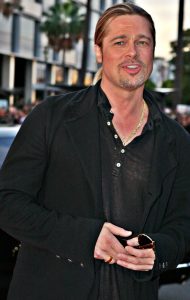 War Machine: Not Rated. Usually, a period of time passes before movies are released lampooning a war. Twenty years had elapsed after the Korean conflict before M*A*S*H came to be. “Apocalypse Now” was released six years after we los…, er decided to retire from, Vietnam. It is rare that a movie such as “War Machine” is released while the war in question is still going on. Perhaps it is a movie for our time because the war in Afghanistan may outlive us all. Brad Pitt, Anthony Michael Hall, Tilda Swinton, and Ben Kingsley co-star in the (official) Gildshire Movie of the Fortnight selection. Rotten Tomatoes 60, Gildshire 4.4

Berlin Syndrome: Rated R for disturbing violent content, strong sexuality, nudity and some language. It is in our nature to seek love. In the back of our minds, though, we are aware it could go badly. In this movie, a girl tells her guy she wishes she didn’t have to leave. Even post-coitally we need to be careful what we say because he makes sure she can’t. It stars Teresa Palmer, Max Riemelt, Emma Bading, and Lucy Aron. Rotten Tomatoes 79, Gildshire 4.0.

Black Butterfly: Rated R for language. On the trailer for this movie we are reminded “This is why we don’t talk to strangers.” Take this movie to heart and you may go live in the woods by yourself and never even go to the store. Writer’s Block afflicts a scribe. A fellow comes along to help (?) him. A familiar yarn given new life by the cast that includes Antonio Banderas, Jonathon Rhys Meyers, Piper Perabo, and Abel Ferrara.  Rotten Tomatoes 67, Gildshire 3.9.

That’s all for this week. Dose liberally with buttered popcorn, Junior Mints, and sunscreen since the forecast is for high temps. We’ll be back in June with more movie fun. Will we invite Gaby to help again? It depends on what we actually think of “Baywatch.” See ya’ soon. Maybe even this weekend at a show. That would be fun. Stay safe.