Hello again, movie lovers. It feels like forever since we have been together. We trust that you have enjoyed a movie or twelve since we last joined hands and talked about Holiday movies. This week, four movies debut at the Megaplex near you. Rotten Tomatoes can at least stand two of them. So, let us embark on what may be rough seas for Gildshire Movies: Martin Luther King Jr. weekend.

Will Smith and Martin Lawrence are back together for one more bite of the action/comedy pie. These two old hands know the territory so well that they can finish one another’s lines. In fact, they often do. It isn’t Shakespeare going on up in here, but it is good fun for those who love the genre. It also stars Vanessa Hudgens and Alexander Ludwig. Rotten Tomatoes 75, Gildshire 3.7.

This reimagining of the famous Dr. Doolittle tale is written for the kids, and may well find an audience with them. But Robert Downey Jr. is better used in other roles, and adults will find this go-around tedious. It co-stars Antonio Banderas as King Rassouli, Michael Sheen as Dr. Blair Müdfly, and Harry Collett as Tommy Stubbins. Rotten Tomatoes 17, Gildshire 2.2.

“Weathering With You,” rated PG-13 for suggestive material, some violence and language. 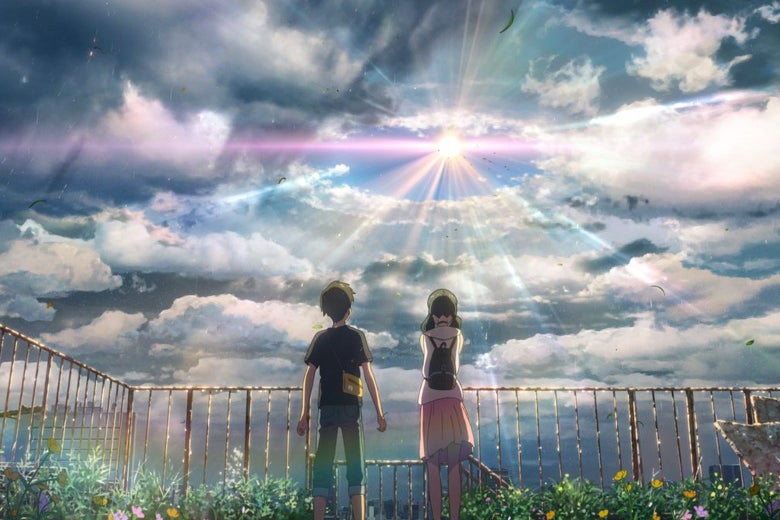 A week cries out for a good and unique movie. From Japan comes this little gem. It is subtitled from the original language, but don’t let that stop you from experiencing a YA love story for the ages. Lushly drawn and beautifully scored, this movie tackles important subjects in an honest and heartfelt manner. It stars the voice talents of Kotaro Daigo
as Hodaka Morishima, Nana Mori as Hina Amano, Tsubasa Honda as Natsumi, and Sakura Kiryu as Nagisa Amano. This is the winner of the Gildshire Movie of the Fortnight Award. Rotten Tomatoes 95, Gildshire 4.0.

“Disturbing the Peace,” rated R for violence and language.

There are bad movies that become cult classics for reasons known only to the cult. The makers of this movie had best hope that there is a cult out there that likes excessive violence, little plot, wooden-faced leading actors, and less sex appeal than found in “A Beautiful Day in the Neighborhood.” That’s the only way this schlock is going to find an audience. Gildshire is going to list the stars, but only because they should not be allowed to cash their checks in anonymity. Guy Pearce, Devon Sawa, Kelly Greyson, and Michael Sirow. Rotten Tomatoes 0, Gildshire. 0.0.