Late Sunday morning was filled with the usual choices. Another piece of fruit to cap off brunch? Maybe a nap in a little bit? It’s the dead week before the Super Bowl, so maybe watch a little basketball this afternoon? Then came the tragic news about the helicopter crash that took nine souls to heaven, long before any could have expected to die. Among those on board were 41-year old Kobe Bryant and his 13-year-old daughter Gianna. A day later, the news has hardly settled in, but my mind centers on two things. Surprisingly, neither of them has to do with basketball. Instead, life and family are on Gildshire’s mind this Monday morning, one day after Kobe Bryant’s tragic passing.

Not so much, because basketball was out there for us to see for so many years. Kobe skipped college and went straight to the NBA. A professional athlete, under the harsh glare of fame at the age of nineteen! How many of us could have done as well as he did? I remember myself at 19 years old and, maturity-wise, it isn’t a pretty picture. Were there bumps along the way for Kobe Bryant? You bet! On the court, he was called “selfish,” “a bad teammate”, and, “hard to coach.” Off the court, Kobe was involved in a much-publicized indiscretion in Colorado. It could have cost him his marriage, his family, and his reputation forever. Instead, he asked forgiveness of the people he loved, persevered through the waves, and made for himself a better life and family. Quite simply, his flaws and his reactions to them turned him into a better man.

Those are the important aspects of life.

Indeed, they are. You know, we can discuss, banter about, and argue about some of the dumbest things. Who do you have in the Super Bowl? What, you’re an idiot! Coke versus Pepsi. What’s the matter with you? Even politics. Are you red or blue? You’re a whacko nut job! (That’s a good one, because it captures both sides of the political divide.) At the end of the day, none of that matters as much as the hug you give your child. 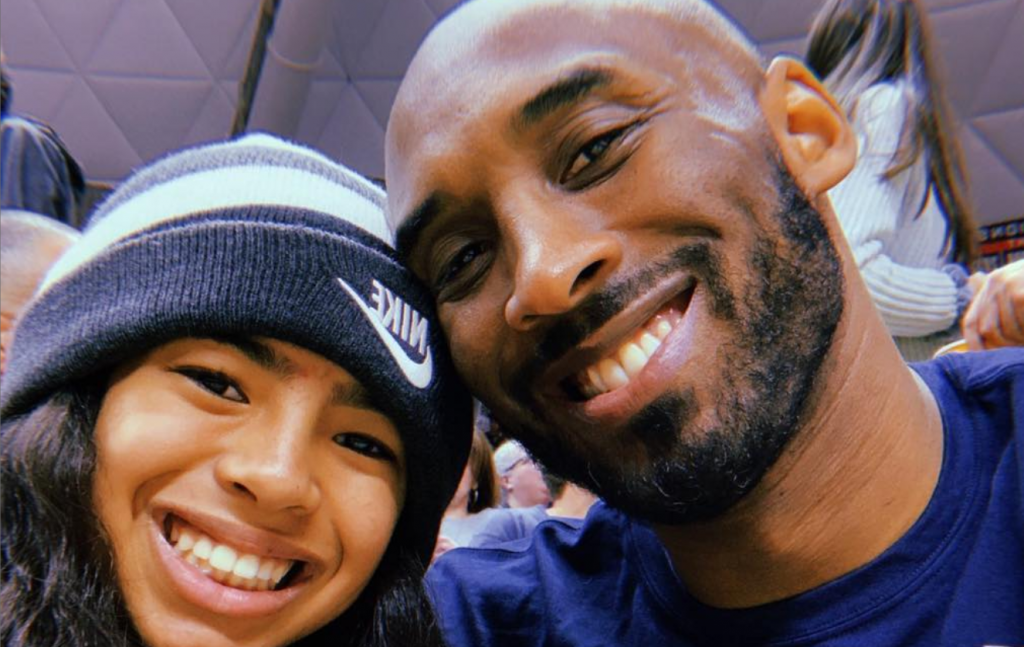 Gianna (Gigi) Bryant with her Dad. Life and family are the words for this day.

My kid wriggles away if I try to hug him.

Hug him anyway, only out of sight of his friends. He does have street cred to worry about, after all. But, he will remember on a cellular level and pay it forward to his own children. Perhaps, more importantly, the hug matters to his health.

His health? That’s a bridge too far…isn’t it?

Not at all. Recent studies show that a hug begins to be physically, and emotionally therapeutic, when it reaches the 20-second mark. Any less is pleasant for the moment, but without a lasting effect. Twenty seconds of hugging releases nature’s oxytocin, which can lower your blood pressure, slow your heart rate, and improve your mood. If you don’t believe me, check with the London Times.

The tragic passing of Kobe Bryant hits everyone, basketball fan or not, hard. Now we know there were nine people on board, including one child in addition to Gianna Bryant. It makes the tragedy cut that much deeper. But, it should also jar us into remembering two things about life and family. The first is precious, and the second is priceless. Let your shock and/or grief coalesce into determination to make your life count toward better treatment of others, and your family know how much you care about them.

How Anxiety Feels: The Six Types