Hello again, sports fans and welcome to the Gildshire Sports Spotlight: Dec. 13-17. In this week’s edition we cast our gaze upon some of the key NFL matchups for the upcoming weekend, have an initial look at the college bowl games, and look at what the college basketball schedule has to offer. We’re glad you joined us for the Gildshire Sports Spotlight: Dec. 13-17, because it promises to be a fun ride though the weekend to come. All times are eastern, since sports fans on the west coast are past masters at subtracting three. 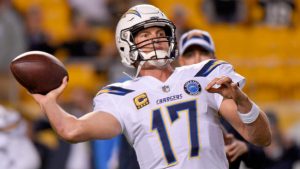 Philip Rivers looks to lead his team to an upset win at Kansas City, but the Chiefs are ready.

It isn’t often that the best game of the weekend takes place Thursday night, but there is little doubt that this is the Gildshire Sports Spotlight: Dec. 13-17 game of the week. The Chiefs own the best record in the AFC, but the Chargers are hard on their heels. The quarterback matchup is intriguing, since veteran signal caller Philip Rivers leads his Chargers against second-year sensation Patrick Mahomes. Keep an eye on the availability of Chargers’ runner Melvin Gordon as he could be the difference. Kansas City is a 3.5 point favorite, but we’ll take the underdog and the points. The game is available on Fox, the NFL Network, and Prime Stream. 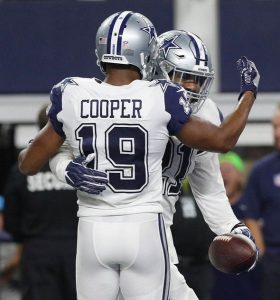 Amari Cooper’s arrival has set the Cowboys on fire, but the red-hot Colts will try to slow him down.

The Cowboys were left for dead five weeks ago, and then along came Amari Cooper in a steal of a trade with the Oakland Raiders. Since then, the ‘Boys have gone on a tear and are a virtual cinch for the NFC East title. Now, they are being mentioned as a Super Bowl contender. The Colts have been on a tear of their own, and have moved into a contending position in the AFC. Finally, quarterback Andrew Luck is living up to the potential he had coming out of Stanford as the top pick in the draft. The Colts are a scant 2.5 point favorite at home, and we will give the points as long as it is less than a field goal. Fox has the call. 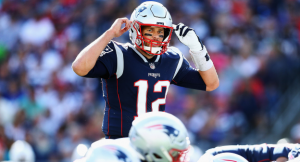 Tom Brady will be ready for a loud Steelers’ crowd.

“Don’t forget us in your rush to declare KC/L.A. the game of the day,” says this matchup of AFC blue-bloods. Unfortunately, too many people have seen the color of Pittsburgh’s blood this season, especially after a hideous loss last week in Oakland. The health of Steelers QB Ben Rothlesberger is in doubt, and the Pats are a 2.5 point favorite in the Steel City. Give us Tom Brady giving short numbers and the Patriots at Pittsburgh every time. CBS has the call.

Expect plenty of points in the Cure Bowl. 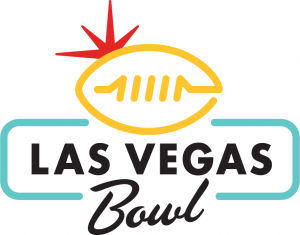 The Las Vegas Bowl is sure to see plenty of action, when ASU and FSU battle.

Fresno St. Bulldogs versus Arizona State Sun Devils in the Las Vegas Bowl, played Dec.15 at Sam Boyd Stadium. Game time: 3:30 pm. Fresno St. is a 4.5 point favorite. That’s a point or two more than we would like, but we’ll give the points. ABC has the call. 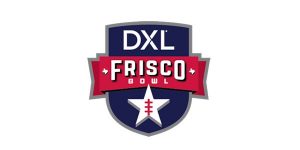 The Frisco Bowl welcomes the Bobcats and Aggies.

#4 Gonzaga Bulldogs @ # 12 North Carolina Tar Heels played Dec. 15 at the Dean Smith Center in Chapel Hill. Game time 7 pm. ESPN2 has the call. What a treat for basketball fans, as the ‘Zags travel across the country to play the Tar Heels! Up until last week, Gonzaga was the top-ranked team in the land. They lost, and may lose again in front of a raucous Tar Heel crowd. That is, if guard tandem Cameron Johnson and Coby White have a say in the matter.