Once again, hello everyone from the Gildshire Sports Cave perched high above the waters of Half Moon Bay. This week, we’re going to highlight one of the best sports spectacles in all the world. We have two NFL games between teams with winning records. Also, we will take our first foray into the world of college basketball. Wherever ranked teams meet, know that Gildshire will be there with a preview of the action. Let’s get to the games on tap in the Gildshire Sports Spotlight: Dec. 6-10! Remember, all times are eastern. Why is that? Because, people out west are used to subtracting three. 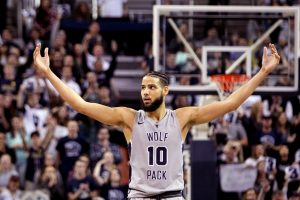 Who saw this coming? Not the Gildshire Sports Spotlight: Dec. 6-10. The Wolfpack live in the Mountain West Conference. It’s lovely terrain, but it’s usually ignored except for brief forays by Boise State into football prominence. But now, here come the ‘Pack on a mission to the Final Four! Is that realistic? It is according to the pollsters who have Nevada ranked sixth in the nation! Nevada is 15th in the land in scoring margin, averaging a final score of 88-68 so far this season. Nevada is led in scoring by the forward tandem of Caleb Martin and Jordan Caroline who together account for more than 38 points per game.

The Sun Devils are ranked 20th, countering with super-frosh guard Luguentz Dort, scoring at a 21.7 ppg clip, and adding almost seven boards a game to the mix. But Dort is not alone, rather he is joined in the backcourt by Detroit native Rob Edwards who contributes 14 points per game. Both teams come into this tilt undefeated. The game can be seen on ESPN2. 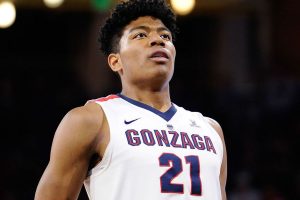 The top-ranked Bulldogs always play a brutal pre-conference schedule to get tough and build a resume’ for March. This year is no exception as Gonzaga is led by the troika of Rui Hachimura, Brandon Clarke, and Zach Norvell Jr. Joining those three is senior guard Josh Perkins. The Colorado native leads the team in steals.

The Vols know all about Gonzaga, but they aren’t giving an inch to the vaunted Zags. Tennessee has five players scoring in double figures, led by 6’7″ junior forward Grant Williams. The Charlotte, NC native has increased his scoring average each year and is scoring the ball at a 20+ point per game clip this season. Williams is a triple-threat, leading his team in rebounding, while checking in second in assists. This may be the most-competitive high-level college basketball game of the weekend, and ESPN has the call. 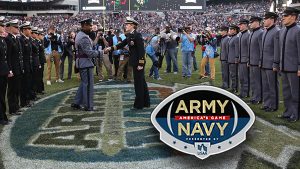 Army and Navy get after it one more time this Saturday on CBS.

There are some Bucket List scenes in the world of sports. Among them, a big game under the watchful eye of Touchdown Jesus in South Bend, and perhaps an evening SEC tilt at Tiger Stadium in Baton Rouge. Add to that the Gildshire Sports Spotlight: Dec. 6-10 Bucket List item Army/Navy from Philadelphia. The spectacle alone is worth the trip, but this year, an excellent Army squad is led by quarterback Kelvin Hopkins Jr and running back Darnell Woolfolk who lead a rushing attack averaging over 300 yards per game.

However, Navy counters with quarterback Malcolm Perry, who has rushed for over 1,000 yards and has passed for 222 yards on just nine completions. The Army is favored by a TD, and they can throw a little, so we’ll take the Cadets and give the seven points. 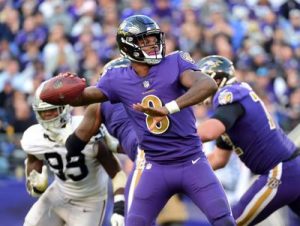 This is an intriguing matchup to the Gildshire Sports Spotlight: Dec. 6-10 that may not have seemed such three weeks ago. Since then, first-round quarterback Lamar Jackson became the starter for the injured Joe Flacco, and boom, that’s three in a row for Baltimore. If the season ended today, Baltimore would cling to the final playoff spot.

Meanwhile, the Chiefs are still the overall Number One seed, but they have leaked a little oil in the last month. Patrick Mahomes started the season as the Golden Child, immune from interceptions, but now he has ten picks. The oddsmakers say Kansas City is a 6.5 point favorite, but we’re on the underdog Ravens. CBS has the telecast in most of the country. 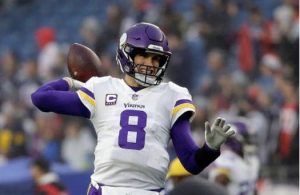 Kirk Cousins need some late-season heroics, or else his big contract will seem a waste.

The Seahawks were left for dead at the halfway point of the season, but Wednesday morning national talk-show host Colin Cowherd named them as a Wild Card team that can win the Super Bowl. The Hawks rediscovered their pedigree as a running team, using quarterback Russell Wilson as a supporting player/conductor of the band.

Meanwhile, Minnesota sits in the same Number Six slot as Baltimore does in the AFC. High-priced free agent quarterback Kirk Cousins has been okay, but he has yet to put together an “Oh, wow” performance in a critical game. Could this be the game? The Hawks are a 3.5 point favorite at home. The Pete Carroll-led Seahawks are hard to beat at home late in the season, so we’ll take Seattle and give the points, in a game seen nationally on ESPN.

That’s it for this week and the Gildshire Sports Spotlight: Dec. 6-10. So, enjoy the games!