Every other week Gildshire delves into the world of cinema with our previews and predictions of new releases. Some of you have told me that once every other week isn’t enough. You want MORE Gildshire and MORE movie talk from Gildshire. We are nothing if not responsive to a fault. After all, your every impulse is our life command. Toward that end, (and because Gildshire loves a good car movie) here is the definitive list of the best car movies in cinematic history. 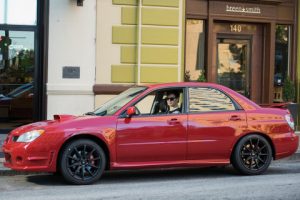 10. Baby Driver: “BABY. B-A-B-Y.” That’s all you need to know to sell a tray of Starbucks to Ansel Elgort in the titular role. This movie features the greatest /surreal/insane car chases in movie history, choreographed to the boss (these are car movies. They bring the “boss” out in us.) rock soundtrack. Moviegoers willing to dive deep may discover in the soundtrack the isolation that causes Millenials to cover their heads and shut out the world with their music. 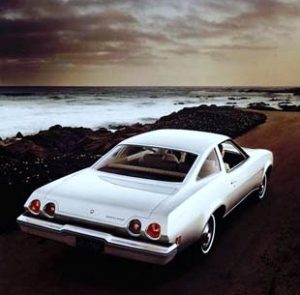 9. Drive: If you were to list actors in order of “cool,” Ryan Gosling wouldn’t be at the top of the list, but, man, would he be on there somewhere. Not blessed with the greatest body or classic movie star looks, Gosling brings it with a curl of his lip and a look from his droopy eyes. In this movie, Gosling navigates his 1973 Chevrolet Chevelle Laguna Colonnade Hardtop Coupe and the plot with a deadpan expression that is either comical or symbolic of an empty soul. We prefer the latter explanation that lands this movie on our list. 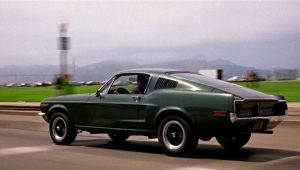 8. Bullitt: There is a solid plot involving cops, robbers, and intrigue in this movie. But, the stars are a ’68 Mustang fastback and the streets of San Francisco. Steve McQueen was the coolest cat in the history of cats during his heyday and this movie (along with the technically better, but car-less “The Great Escape”) was his signature work. 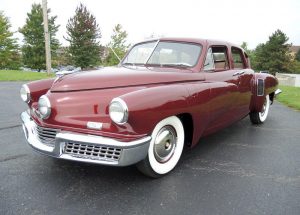 Tucker: The Man and His Dream

7. Tucker: The Man and His Dream: Francis Ford Coppola and George Lucas combined to make a beautiful, and personal biopic here. The story is about  Preston Tucker, who challenged the big automobile companies. Yes, they crushed him. Tucker may have lost the war (and his money), but his innovative designs live today as “something new” from carmakers. 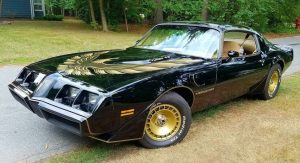 Smokey and the Bandit

6. Smokey and the Bandit: “Eastbound and down, loaded up and truckin’. We’re gon’ do what they say can’t be done.” You read that and scenes from Smokey and the Bandit came to mind. Jerry Reed, Jackie Gleason supported the action, but the movie was successful due to Burt Reynolds and Sally Field at the height of their sex appeal powers. That said, this movie would have been destined for obscurity if it wasn’t for the Bandit’s 1976 (with 1977 headlights) Pontiac Trans Am. Shiny black and gold, no matter what mud holes it fell into on the trip, the car made the movie just as surely as any of the actors made it. 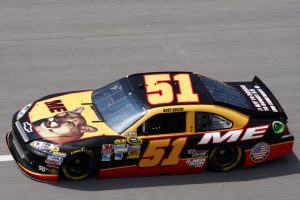 5. Talladega Nights: The Legend of Ricky Bobby:  Will Ferrell does to the machismo image of some American males what Julia Child did to a head of lettuce. He shreds it and serves it to you for lunch.  Nowhere is this machismo more apparent than in the world of NASCAR. This is one of Farrell’s best movies to date and it is a comedy, a complicated relationship movie, spirituality, race action, and a cougar. 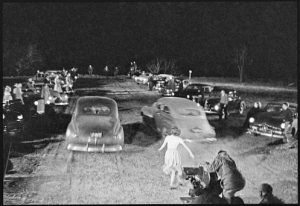 Rebel Without a Cause

4. Rebel Without a Cause: James Dean had recently been acclaimed for his role in “East of Eden” when he was given top billing for this film about teenage angst and parental ineptness in the 50s. For all of that, a large portion of the film is given over to a game of chicken played out behind the wheel. The length of that segment, and the aftermath during the rest of the movie makes this one of the great car movies ever. It’s teenagers behaving badly and doing it while slamming through the gears of high-powered cars. Does it get any better? 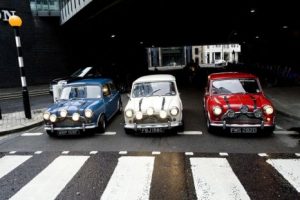 3. The Italian Job: It is said that the “Fast and Furious” filmmakers were inspired by this movie. While the two don’t have much in common, there is a similarity in tone. In some ways, this is as much an ode to the Mini Cooper as a heist movie. The little runabouts perform feats of derring-do on the way to pulling off a criminal caper, and doggone if they aren’t cute doing it? 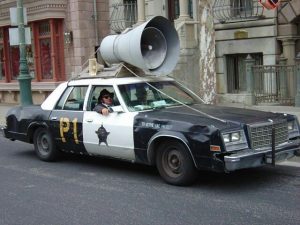 2. The Blues Brothers: They were on a mission from God, for sure. But, they were also making a movie that is as iconic as it is nuts! What started out as a one-off Saturday Night Live performance became this movie, with this soundtrack, and this many car crashes. You will never forget the number of miles from Milwaukee to Chicago or what comes after it in the script. The 1974 Dodge Monaco was never so cool again. In fact, you might say that this is the definitive one in our list of car movies. But, you would be wrong. 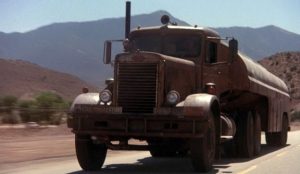 1. Duel: I first saw “Duel” on television in my northern California childhood home. On television! This wasn’t even a theatrical release! It didn’t matter, though, because I thought this was the greatest movie I had ever seen. Traveling salesman Dennis Weaver in a 1970 Plymouth Valiant, versus an unseen trucker in a 1960 Peterbilt 281 tanker truck. Sounds like a fair fight. Maybe not, but it is the top pick in our list of the best car movies ever.

It’s November, Time to Create the Thanksgiving Atmosphere in Your Home

The Best Headphones You Can Buy Right Now