The early days of summer bring about some of our favorite annual traditions. That first really warm day ushers in the first pool party. Summertime and the annual road trip vacation go together. Picnics pop up like sunflowers at dawn. But, nothing says summer in the United States like fireworks on the 4th of July. And, why not? The kids delight in the sights and sounds. Grown men get to set fire to things and watch them pop! Piccolo Pete sings his classic song. It’s all good. Then, at around 8 o’clock in the south (closer to 10 in the north) the sky darkens and the local civic organization-sponsored fireworks show gets underway. While Gildshire is sure the show in your town is fine, we wanted to find the best of the best when it comes to lighting up the night sky. These shows are worth a car ride to experience at least once. 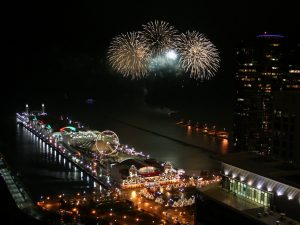 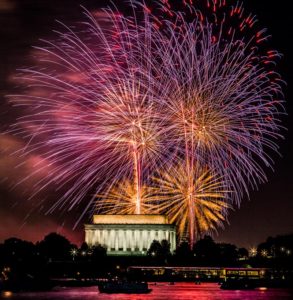 Washington D.C. National Mall Fireworks Show: There is simply no better place to experience the timelessness of the 4th of July than our nation’s capital. The Mall is the prime viewing spot from which to enjoy the day’s activities. The pyrotechnics launch from the Lincoln Memorial Reflecting Pool, and are preceded by a free concert. A musical highlight is a performance of Tchaikovsky’s 1812 Overture by the National Symphony Orchestra. That’s the piece that tells everyone the fireworks are about to begin. 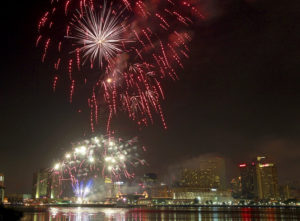 New Orleans 4th of July Celebration: Kick off the holiday in the French Quarter, where literally dozens of jazz bands will be riffing on patriotic music. Then, grab another beignet and make your way to the riverfront. That’s where you’ll get the best view of the fireworks in the annual dueling barges fireworks display. It’s a spectacle that provides a fitting accompaniment to the oversized nature of the 4th, from the self-styled most oversized city in America. 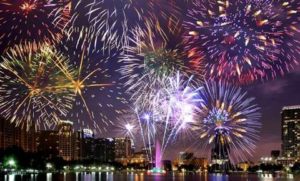 Orlando’s Fireworks at the Fountain: Sure, there are all kinds of paid events inside Disney World, but locals celebrate U.S. independence with a 100% free fireworks display and laser show at Lake Eola Park in downtown Orlando. No waiting until evening at this venue. Beginning at 4 p.m., this event will feature live music, a beer garden, and a kids’ play area. Plenty of food and beverages are available for purchase or bring your own picnic to the grassy areas. It all culminates with a spectacular evening fireworks display. 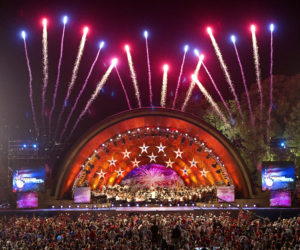 Boston’s 4th of July Where it all Began: No sleeping in if you want to celebrate the 4th where the action took place that started this grand experiment called America. At 9 am, there is a flag raising ceremony on City Hall Plaza followed by a parade to the Granary Burial Ground, where wreaths are laid on the graves of patriots. The parade then continues to the Old State House. Then, at 10 am, you’ll hear the Declaration of Independence read from the balcony of the Old State House – just as it was read to the citizens of Boston in 1776. There’s time for lunch (and a nap) before the big evening events. At 8:30 pm Conductor Keith Lockhart raises his baton and directs the Boston Pops at the Hatch Shell on the Esplanade. This televised program (don’t you dare stay in your hotel) is followed by a spectacular 23-minute fireworks display over the Charles River. The best place for viewing the fireworks is along Memorial Drive on the Cambridge side of the Charles River. 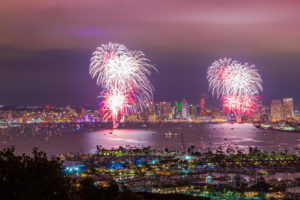 San Diego’s Big Bay Boom Fireworks Celebration: It is safe to say that no city in the United States loves their fireworks more than San Diego, California. At this year’s Big Bay Boom the show will be visible from a number of places around the city. The people who know what they’re doing head for Shelter Island, Harbor Island, the Embarcadero area or (our favorite) Seaport Village’s Coronado Landing. But, you don’t have to wait until evening to celebrate. Wander down to Old Town where they are recreating an old-fashioned Independence Day as it was celebrated on the frontier. Visitors are invited to compete in cherry pit spitting or the egg toss. Handmade ribbons to the winners. (If someone from Gildshire is spittin’ cherry pits, I hope they post pictures.)

Wherever you go to celebrate Independence Day, do it safely. Firemen and EMT’s hate this day. Be glad they are around but try not to make them come to your rescue.

The Woman Who Ruled The Mongol Empire