Gildshire’s Predictions for the 2020 NFL Draft: Round One

Home » Gildshire’s Predictions for the 2020 NFL Draft: Round One

These aren’t Gildshire’s predictions for anything. Rather they are our observation. Nothing is the same this year as in any other year. From boxing matches over the last case of toilet paper to a tank of gas lasting three weeks, 2020 is nuts! Well, at least we have the spectacle of thousands of football fans, shoulder to shoulder, at the NFL Draft. Um, no, we do not. The Covid-19 coronavirus has rendered the annual NFL Draft a remote operation, with each team operating from its own facility. No green room, and no snapshots of the early picks with the new jersey bearing the Number One. However, this too shall pass, and there will be another NFL season, whether this year or next. The rosters must be populated with fresh grist from the college ranks. So, here are Gildshire’s predictions for Round One of the 2020 NFL Draft.

If the Bengals don’t choose Heisman winner Joe Burrow with the first pick, gather the pieces of my exploded head and piece them back together. Some analysts believe Burrow is the love child of Tom Brady and Joe Montana. Others believe he tops out at Tony Romo. Regardless, he’s the pick.

In many drafts, Young would be the consensus Number One. But, this year, there is that love child thing going on.

Head Coach Urban Meyer built a powerhouse program in Columbus. No surprise that two Buckeyes are in the top three. Okudah is a classic lockdown corner.

The Clemson Tigers broke Alabama’s stranglehold on the NCAA National Championship. One reason was next year’s Number One pick, but Mr. Simmons had a part in Clemson’s surge to the top of the heap.

Two injuries in the last two years cost this sharpshooting southpaw the consensus Number One spot, but Miami and the honor of being picked Number Five overall? Not bad. “Let’s see, Cincinnati in the winter, or Miami in the winter?” 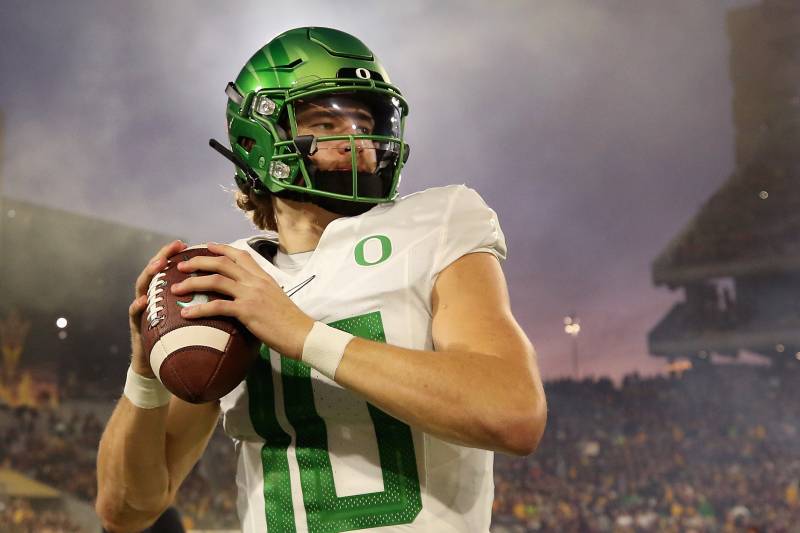 You can teach a quarterback footwork, and the ability to read defenses. Leadership can be a learned skill also. You cannot teach a howitzer of an arm. Herbert can throw a football through a car wash, and it will come out dry.

The Southeastern Conference plays defense like few other conferences in the land. Derrick Brown played some of the best defense in the entire SEC.

The Cardinals got their franchise quarterback last year in the electric Kyler Murray. Now, it is time to protect the young man. Wirfs eats onrushing defensive linemen for lunch and asks for a toothpick after.

The Jaguars have had their best success when they play tight and suffocating defense. Henderson plays man to man about as well as anyone in this year’s draft, allowing Jacksonville to return to their “Sacksonville” days.

Browns’ quarterback Baker Mayfield regressed in Year Two. The Cleveland brain trust hopes that he will improve if he isn’t running for his life so often. Becton is a step in the right direction.

It’s a draft full of standout offensive linemen, and Jets’ quarterback Sam Darnold is glad of it. This is Darnold’s third year, and his second season was derailed with mononucleosis. He needs to make this a season of marked improvement.

Raiders’ Head Coach Jon Gruden loves to call deep balls, but it takes some speed on the outside to make that happen. CeeDee Lamb brings burning speed to bear, and the Raiders may well serve themselves some of it.

On the other hand, Niners’ Head Coach Kyle Shanahan likes cerebral receivers who run precise routes. That’s Mr. Jeudy. Oh, he can go long too, but the 49ers foresee him in their intricate passing schemes.

You may have heard that former Patriots’ quarterback Tom Brady is in Tampa now. That makes it imperative that the Bucs find a way to protect their famous newcomer. Jones is a pass-blocking machine.

Woefully slow at wide receiver, the Broncos believe they were one fast wideout away from a winning season last year. Any of the receivers we have named so far would be embraced by John Elway’s Broncos. But, if Ruggs is the man, the Mile High City will have a new speed burner.

It seems like the Falcons haven’t been in the top half of the league in sacks since Tommy Nobis played for them. But, some analysts think Kinlaw is a rare talent.

The “edge rusher” only became a named position about seven years ago. But, it is one thing that all Super Bowl teams have. New Cowboys’ Head Coach Mike McCarthy begins to shore up his aging defense with this hoss.

Most people say you shouldn’t draft a safety this high, but it is Miami’s second pick in the round. Also, most people don’t play safety with the ferocity of Xavier McKinney.

As much as Raiders’ Head Coach Jon Gruden likes to throw deep, he gets very frowny when long passes are completed against his team. A.J. Terrell will patrol the defensive backfield and swat down his share of pigskin missiles.

The Jaguars continue to retool their defense with another piece, this time in the secondary. Delpit was an important cog in the National Championship season for the Bayou Bengals.

Presumptive top pick Joe Burrows didn’t do it alone in Baton Rouge. Jefferson was one of his favorite targets in their magical season together at LSU.

The Tigers have been known for their offense ever since that rascal Head Coach Gus Malzahn came to town. But, last season it was the Auburn defense garnering the headlines, and Noah Igbinoghene was a big reason.

The presence on the roster of, arguably, the best quarterback in history can conceal the fact that defense has carried the team for years. Baun is Bill Belichick’s kind of hard-nosed grinder on the defensive side of the ball.

Drew Brees is great, but everyone eventually loses to Father Time. It is time for the Saints to get his successor on the roster. Some analysts believe Love has as much upside as any quarterback in the draft.

The Vikings’ defense has teeth. This speedy defensive back will give it the horsepower it needs to stay on top. TCU plays defense, even if the rest of the Big 12 does not.

With their third pick in the first round, Miami addresses their needs at the core of the offense. Cleveland may not start on Week One, but he is seen as a long-term contributor.

The Hawks may not make this pick, as General manager John Schneider and Head Coach Pete Carroll like to trade down and get more picks. However, Davidson would be a good fit in the Emerald City.

The Ravens’ stout defense is aging in some spots, and they could use a queen if they want to be kings of the AFC. This could be a key piece in the next drive for the playoffs.

Tennessee had a very good season last year. It was that much more impressive since they have very little speed in the back end of their defense. That was something that Patrick Mahomes exploited on his way to finishing the Titans off in the playoffs. This corner could help.

While not as heralded as some of the other wideouts in the first round, Mims could be a sleeper. Especially with Aaron Rodgers throwing him the ball. Gildshire’s predictions for Mims are that e could surprise this year.

The Chiefs have a loaded roster, but Michigan continues to send big, mean, offensive linemen to the NFL. Patrick Mahomes says, “thank you for the protection.”