Hello and Happy New Year to all of you from Gildshire’s Sports Spotlight: January 3-7. We trust that your celebration was over-the-top in fun and frivolity. That said, it is time to look forward. The NFL Playoffs begin this week with the Wild Card round of games. Enough bowl games! The Biggest of the Biggest college game is left, as Alabama and Clemson square off for what seems the 12th time this decade. All of that and more as we embark on the Gildshire’s Sports Spotlight: January 3-7. Times eastern, because New York City says so. 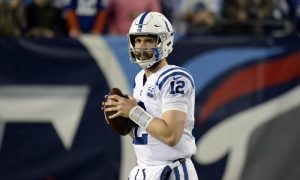 The Colts are long odds to make the Super Bowl, but Andrew Luck intends to change the narrative.

You could have gotten long odds in late September that this would even be a playoff game. The Colts started the season 1-5, and the Texans floundered out of the gate with a paltry 3-5 record. Both teams can be applauded for their late-season surge and the Gildshire Sports Spotlight: January 3-7 will do just that. The Colts and Texans both play strong defense, and each features a quarterback at the top of his game, though Houston’s Deshaun Watson is only in his second year. The point spread opened with Houston as a two-point favorite, but the number is falling quickly. Let’s lock in Indy +1 and call it a day. ESPN has the call for most of the country. Fans in the Houston or Indianapolis areas will find it on ABC. 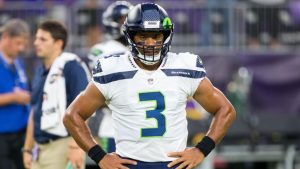 Russell Wilson has performed playoff magic before. Can he again?

The ‘Boys and the Hawks met in Week Three of the regular season, but this Wild Card game matchup has been predicted since Thanksgiving. Seattle won the first meeting 24-13, earning its first win of the then-young season. Since September, the Seahawks have rolled through the balance of their schedule, and the Cowboys have finished strong, as well. The home-standing Cowboys are a one-point favorite, but something tells me to trust Seattle’s Head Coach Pete Carroll and quarterback Russell Wilson more than I can trust Jason Garrett and Dak Prescott. Take the Hawks and the point. Fox has the call. 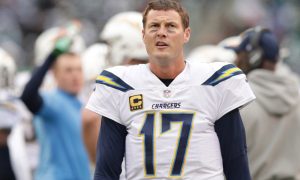 Philip Rivers has nine children and no Super Bowl appearances. He would like to close the gap this season.

At the beginning of the season, one of these teams barely had a home, and the other barely had a quarterback. The L.A. Chargers are waiting on the luxury new home they will share with the Rams, but it won’t be built until August of 2020. The Ravens were growing weary of Joe Flacco and waiting for the next thing to come along. Somehow, though, the Chargers cobbled together an impressive season and Ravens’ rookie quarterback Lamar Jackson is reinventing football in this century. As much two legs as he is an arm, Jackson electrified a franchise that had grown moribund. The Chargers, though in the Wild Card round, might be the second or third best team in the league. Baltimore is a 2.5 point favorite, but Gildshire Sports Spotlight: Jan. 3-7 picks the Chargers as our play of the weekend. 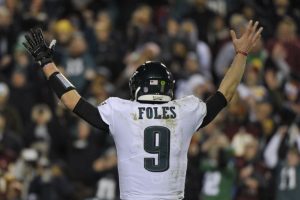 Nick Foles can’t turn his back on Chicago’s defense this weekend.

The Eagles were out of the playoffs when Week 17 dawned. Minnesota just had to take down lame-duck Chicago (already settled in their playoff spot), and at home to boot. But, the Vikings failed, and the reigning champion Eagles are the beneficiaries. The Eagles get to play against an opportunistic offense, led by second-year quarterback Mitch Trubisky, and a nasty defense. The Bears are a six-point favorite, but Gildshire’s Sports Spotlight: January 3-7 takes the Eagles as a sneaky cover and a puncher’s chance at winning the game outright. 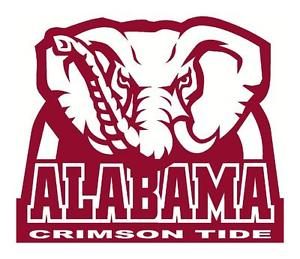 The Alabama Crimson Tide look to add to the dynasty.

Gildshire’s Sports Spotlight: January 3-7 predicted this in September. Don’t call us wizards or warlocks, though, because everyone else thought the same thing. Clemson has the best roster, top to bottom. Alabama has the best quarterback as Tua Tagovailoa proved when Alabama dismantled Oklahoma this last weekend. Wednesday morning, the betting line fell to 5.5 points, with the Crimson Tide favored. We’ll take Alabama and give those points. ESPN has the call.

That’s Gildshire’s Sports Spotlight: January 3-7. In the coming weeks, we will dive into college basketball, as the conference races are just about to heat up. Watch the action along with us, and we’ll talk next week.

The Best SUVs from the Los Angeles Car Show