Home » Our World » The Girl Who Found Neutron Stars

Susan Jocelyn Bell always loved stars. Her father worked as a designer for the Armagh Planetarium, and kept astronomy books around. When Bell found them, she was hooked. Unfortunately, her school did not allow girls to study science, and instead favored subjects like cross-stitch and cooking. When parents protested, the school changed its policies. Bell still faced challenges, and after failing an important exam, her parents sent her away from her homeland of Northern Ireland to  England, where she excelled at a Quaker school.

In 1965, Bell graduated from the University of Glasgow with a degree in physics. She began work as a graduate student at Cambridge with Anthony Hewish, an astronomer. With other research assistants, she constructed a giant radio telescope that consisted of 1000 posts and 2000 dipole antennas. They were connected by 120 miles of cables and wire, so the telescope ended up spanning four and a half acres. 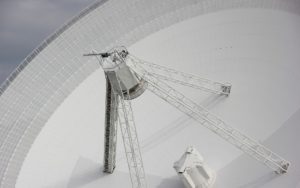 After the telescope was finished, Bell’s job was to analyze the data and search for evidence of quasars. The work was tedious, and involved reading 100 feet of paper every night. During her reading in 1967, Bell noticed something odd. The patterns she detected did not line up with quasars. It looked like a bit of “scruff,” or a piece of interference in the radio signals. What had she found? She and her supervisors nicknamed the signals “Little Green Men,” and theorized (albeit only half-seriously) that aliens were attempting to contact earth.

The signal pulsed, with one pulse per second, and constantly rotated. Because it was so consistent, it couldn’t be man-made. Bell would eventually find three other anomalies in different areas of the sky. In 1969, Hewis published their findings, with Bell’s name second. Bell also graduated that year with a Ph.D in radio astronomy.

Excitement erupted, with a lot of the attention focused on the fact that Bell was a woman, and only 24. She would be asked questions about her height compared to the royal family and if she had a boyfriend. Other scientists began focusing on the strange signals, and found dozens more. Right before 1969, an astrophysicist identified the signals as quickly-rotating neutron stars.

Neutron stars are created when a massive star dies in a glorious supernova. The neutron stars then emit a powerful magnetic field and quick rotation. From earth, these spins translate into the pulses Bell saw. This discovery also served as the first real evidence that black holes might exist, which Einstein himself believed could never be proven.In 1974, Hewish and Ryle – another of Bell’s supervisors – were given the Nobel Prize for Physics. Bell was not included. 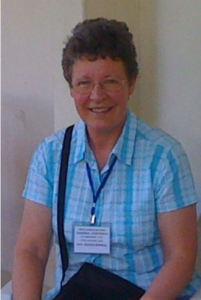 Controversy immediately arose. Various theories were thrown around, like Bell’s gender had led judges to dismiss her, or that because she was a graduate student, her work didn’t “count.” In a speech in 1977, Bell said she was fine with not being included, and that research students shouldn’t win Nobel Prizes. However, she did admit that she had been the one to really press the issue of pulsars, with Hewish at first insisting what she she saw were just man-made radio interference.

Bell – now known by her married name Jocelyn Bell Burnell – has since gone on to win other awards, as well as serve as the dean of science at the University of Path and as president of the Royal Astronomical Society. While she may not have a Nobel Prize, her status as a top-notch scientist was never in doubt, and more people likely know her name than they do those who did receive the award.

How could a blind a person study the stars? Find out by clicking here.