Is Gluten-Free a Fad or Real?

Home » Healthy Lifestyle » Is Gluten-Free a Fad or Real?

Is gluten-free just a fad? Gluten-free has become a common phrase heard in both advertising and casual conversation in current times. Are you lost in the world of gluten-free, allergy-free, or whatever else is being discussed? Perhaps this article will help you understand the current gluten-free revolution. A gluten-free diet is often prescribed for those suffering from celiac disease. This type of diet prevents the person from eating the grains wheat, rye, barley, or hybrids of those grains. For those with celiac disease, gluten in foods can cause absorption problems in the intestines that lead to pain and illness. The avoidance of gluten can allow the intestine to heal. 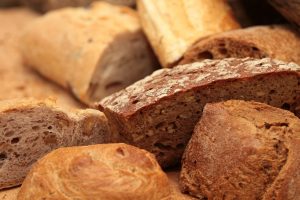 Is Gluten-Free just a fad?

Though gluten-free is medically necessary for some, it has also become a bit of a fad diet for others. Gluten-free dieters that make the choice to go grain-free are often doing so for dieting reasons, not medically necessary ones. This can be a big change in lifestyle, but many are making the move. For those with celiac disease the move can mean a healthier body and limited intestinal issues, but for those simply giving up gluten as part of a diet the benefits could be weight loss and simply feeling better.

It seems that those who choose to go gluten-free are not necessarily doing so due to an awareness of the celiac disease, but as a way to stick with the fad of the Paleo diet and like forms of ‘healthy eating’. Unfortunately, this returns humans back to the Stone Age as far as diet. Though a return to simplicity is not necessarily bad, it can be a difficult transition for many.

Tips for Managing Your Stress