Almond milk has a divided reputation in today’s world. Some see it as a gross hipster trend, others as a life-saver because they can’t drink cow’s milk, but for many cultures, it’s nothing new. In the Western world, it was once a commonplace ingredient, but as you’ll learn, almond milk fell out of fashion. Why?

Almond milk was a fixed ingredient in Medieval cookbooks. It most likely existed before this time in various places around the world, especially hot areas where cow’s milk would go bad very quickly. Almonds come from the Middle East and came to southern Europe by the 8th century. The first record we have of almond milk, however, dates back to the 12th-century. To make almond milk, you first had to grind up the nuts into a fine meal, and then steep them in hot water. This mixture was put through a cheesecloth, so you ended up with a thick, milky liquid. It appeared in lots of savory recipes and served as a thickener in place of eggs. It also starred in sweet dishes, too, like a strawberry pudding. The fruit first soaked in wine, ground up with almond milk, sugar, spices, and then boiled until thick.

Why did medieval people love almond milk so much? In addition to not going bad like dairy milk, it was the perfect substitute for holy days. During these centuries, European Christians were not allowed to eat any animal products on Wednesdays and Fridays. Nutritious almond milk took the place of eggs, milk, and meat, but only if you could afford it. Almonds were not cheap and only the royal and rich enjoyed it. If you got sick, you might be able to have a taste. Medieval doctors, for all their inaccurate beliefs about just about everything, did know that almonds were nutritious. They also knew that almonds by themselves are harder to digest than almond milk, so the milk version was better for a sick patient.

When Protestantism emerged as a religious denomination and fasting days were not longer in vogue, almond milk fell out of favor. It apparently wasn’t so delicious that people continued using it when they didn’t have to. For centuries, the Western world neglected almond milk, but it has since rose from the ashes to threaten the dairy industry. It dominates the non-dairy market and is growing, while dairy milk sales shrink. Almond milk is also being used for yogurt and ice cream. 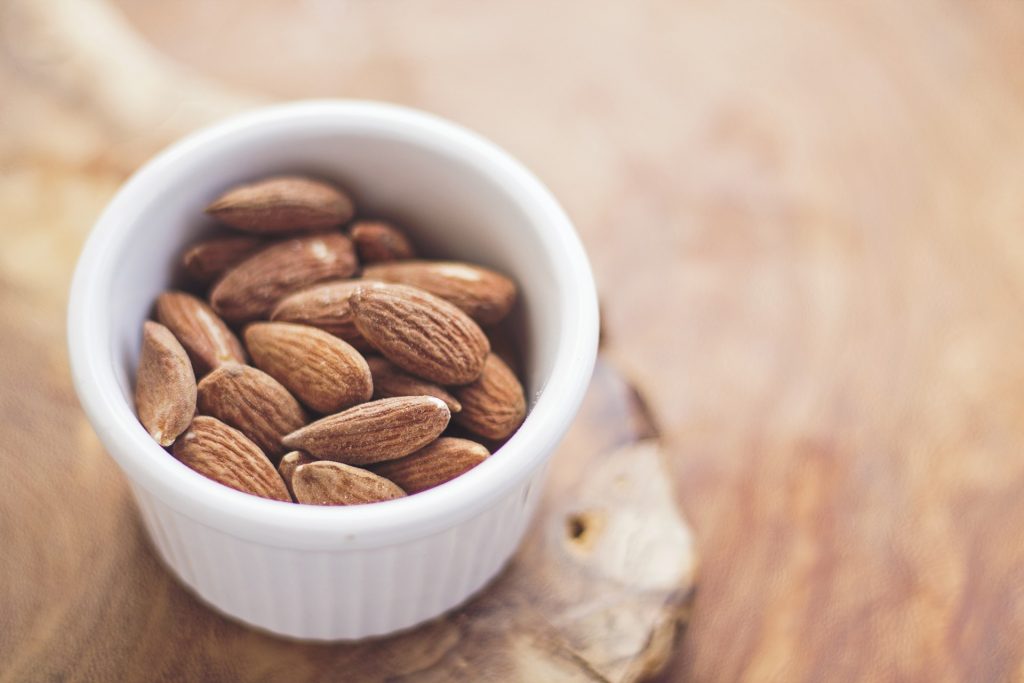 Almonds come from the Middle East and came to southern Europe by the 8th century.

What’s the dairy industry doing to fight back? They’re going after the name. Dairy farmers don’t like that almond milk is called “milk.” Their argument is that since nuts can’t be milked, it should be called a “juice.” That isn’t a very appealing name and it goes against centuries of precedent, since almond milk has always been called “milk.” It’s unlikely that opponents of the beverage will get their wish.

While the question of what is milk and what is a juice doesn’t concern most people, the environmental and health impacts of almonds does. In 2013, a dramatic article for Mother Jones laid out all the problems with growing huge crops of almonds, including erosion, insecticides, and more. The potential health drawbacks of almond milk are also an issue for many as they wonder about added sugars and carrageenan, which may be inflammatory. If you’re worried about these cons, consider diversifying with other plant-based milks, and always get the unsweetened kind without carrageenan.

The dairy industry ruled for a long time. Why? It wasn’t because milk is super good for you. Genius marketing had more to do with it. Read the history here.