When you hear the term “alternative medicine,” what come to mind? Meditation, massage, and essential oils all fall under this label because the science is uncertain, but there’s no set list. Treatments like acupuncture might not be conducted in a traditional doctor’s office, but it’s an ancient method that has a lot of research behind it. Not all alternative treatments are a good idea, though, and the majority might actually be dangerous.

In 2012, a baby was diagnosed with bacterial meningitis, but instead of using medication, his parents tried alternative treatments. The child ended up dying, and four years later, the father went to jail and the mother was put under house arrest. The naturopath who had recommended the treatment, however, wasn’t even charged.

In a similar story, a couple bought a “magnetic hematite healing bracelet” at a fair and put it on their 9-month old. Why? The parents believed the bracelet’s claims, that it could help increase blood flow to tissues and balance out the body’s “electromagnetic energies.” The child began to chew on the bracelet and ended up with lead poisoning.

Thankfully, during a check-up, blood tests revealed that the infant’s blood lead levels were at 41 micrograms per deciliter. Anything above 5 is considered weird, so health investigators were brought in. They discovered the bracelet,  and the child recovered. Who made the bracelet with beads bursting with lead? The investigators couldn’t track them down. 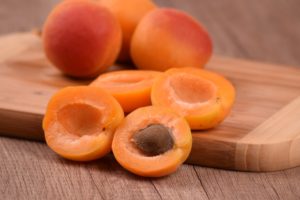 Apricots – tasty, but not a good medicine

Sometimes, even when they’re told that their alternative treatments are killing them, people still go back. When doctors noticed that an Australian man had oddly-high levels of cyanide in his body, they discovered that he had been taking two teaspoons of a homemade apricot kernel extract daily for 5 years, along with three tablets of another fruit kernel. This caused the level of cyanide in his body to skyrocket to 25 times above what’s normal. He was right on the edge of falling into a coma, or dropping dead. After a stay in the hospital to lower the levels, the man went home, and promptly began poisoning himself again.

Ignoring the advice of medical doctors is a common refrain for alternative-medicine advocates. There’s a degree of paranoia that doctors don’t know what they’re talking about. Conspiracy theories abound, including that the healthcare industry is actively trying to kill patients to make money, and that naturopaths offer the only trustworthy treatments. The naturopaths are trained to believe their treatments are just as legitimate, but upon deeper study, are often shocked to learn how little science is behind it.

In a recent study, researchers found that cancer patients who chose alternative therapies are much more likely to die than those who go the traditional route. For people with breast cancer, choosing alternative methods ups the risk of death 5x, while colon cancer patients go up 4x. 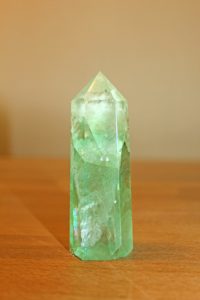 Healing crystals are one of the most controversial alternative treatments

How can you tell when a treatment is alternative and not necessarily backed up by research? Watch out for buzzwords like “detoxing,” “cleansing,” “holistic,” and even “natural.” There’s no better example of how far pseudoscience has gone than Gwyneth Paltrow’s GOOP, which offers advice like putting jade eggs in one’s vagina to restore the “energy balance,” or wearing Body Vibes stickers (pre-programmed to an “ideal frequency,” of course) that reduce anxiety, clear your skin, and help restore cell function! These claims have been called deceptive and unfounded.

All this isn’t to say that there aren’t problems with traditional healthcare and medicine. Horrendous side effects and long-term consequences are often what drives people to seek alternative treatments, but it’s important to remember that just because something is “natural,” it doesn’t mean it’s safe.

Want to learn more about some of the safer alternative treatments out there? Read here.