Making the Case for Government Paralysis

Home » Our World » Making the Case for Government Paralysis

I had a long conversation last night with my friend {name withheld just because he would want me to withhold it.} He was as happy as I can remember hearing him. I wondered why. After all, our shared sports teams are ranging in success from okay to OMG. We are burning the same number of birthday candles, and neither of us has found the Fountain of Youth. He and I are of a different political stripe, so I assumed the election left him with the other half of the cake from the one I was eating. So, that couldn’t be the reason for his joy.

Except that it was. “It’s split government, so nothing will get done. That’s just the way I like it.” 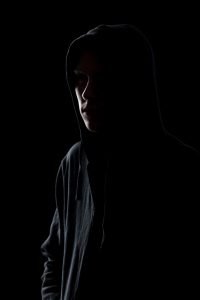 My friend walks the Earth incognito. It’s part of his mysterious charm.

First, let me tell you a bit about my friend. He successfully managed a career in middle/upper management and was able to retire before he turned 62 years of age. He helped raise two successful children. My friend has grandchildren second on the cuteness meter only to my own. He doesn’t ingest, inhale, or inject hard or psychotropic drugs. His I.Q. is at least equal to my own (higher when it comes to building or putting things together.) In other words, he’s a credit to his family and community. Why then, would he say what he said? Has he gone mad?

I decided to investigate. Would it be an Epiphany for me? Or do his children need to start the discussion about taking care of Dad?

First I checked the Dow Jones Industrials. While the Dow is an imperfect measure of the health of the economy, (It’s actually gamed to go up, as low performers are kicked out, and replaced by high performers.) it is something people look to for financial well-being. Did it collapse in the face of a split government? Or did it sit in limbo, unsure of which way to go? That was my guess. 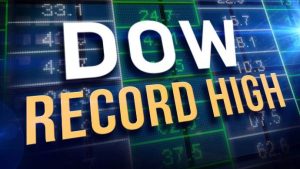 The Dow was up $541.00 yesterday and up another tick today. Interesting, but not yet compelling. I dug further. Several editorial writers from respected financial publications seemed to be in an ebullient mood, much like my friend. They wrote pieces that included words like “balance,” and “measured.”

The more I investigated, the more I found out my friend is not alone. Sure, the others who agree with him say it in a less-cynical way, but there are a substantial number of people who believe a split government is the best government.

The consensus in that corner is that, with a split government, the very worst instincts of either party won’t be given full rein. The party who would close the public schools and send the children to $0.35 an hour sweatshops will be kept in check. The party that would take all the money to build what Tevye in Fiddler On the Roof called a stairway to nowhere at all won’t be allowed to play out that instinct. My friend, and those who think like my friend, believe that in split government our worst angels see their wings clipped.

So, going forward Gildshire will watch the split government and see if it works. Perhaps, the very best in governance takes place when a little bit of this ingredient and a little bit of that one makes the stew. There is a chance that in bi-partisanship real progress can be made. If there are a lot of folks who think that way, we are willing to be convinced. 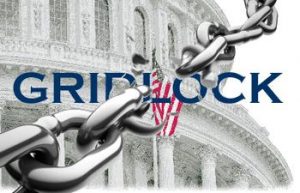 Or, maybe there will be horrendous gridlock. Perhaps important infrastructure legislation dies because the two parties do little but throw slander across the aisle. Maybe, we will be so tied up in litigious behavior and tit-for-tat attacks and counter-attacks that our very existence as a people will be in jeopardy.

Regardless of which way it goes, Gildshire will stay on it from the top of our organization to the guy who washes the boss’s windshield before she goes to lunch. That is our pledge to you, as your one-stop Mall of Magazines.

Good luck, God Bless you, and God Bless the United States of America. Some of us think we will need it. My friend believes we will be just fine.