The State of Maryland welcomes The Greatest Road Trip Ever Taken as we continue up the eastern seaboard. Renowned for crab cakes and a certain important song, Maryland is a treat to visit or to call home.

One of the original thirteen colonies, Maryland is said to be the birthplace of religious freedom in America. It was formed by George Calvert in the early 17th-century as an intended refuge for persecuted Catholics from England.

Maryland is the eighth smallest State, but the 19th largest by population and fits nicely into the “urban” side of the rural/urban equation. The Greater Baltimore Metro Area and the northern suburbs of Washington D.C. make it so. 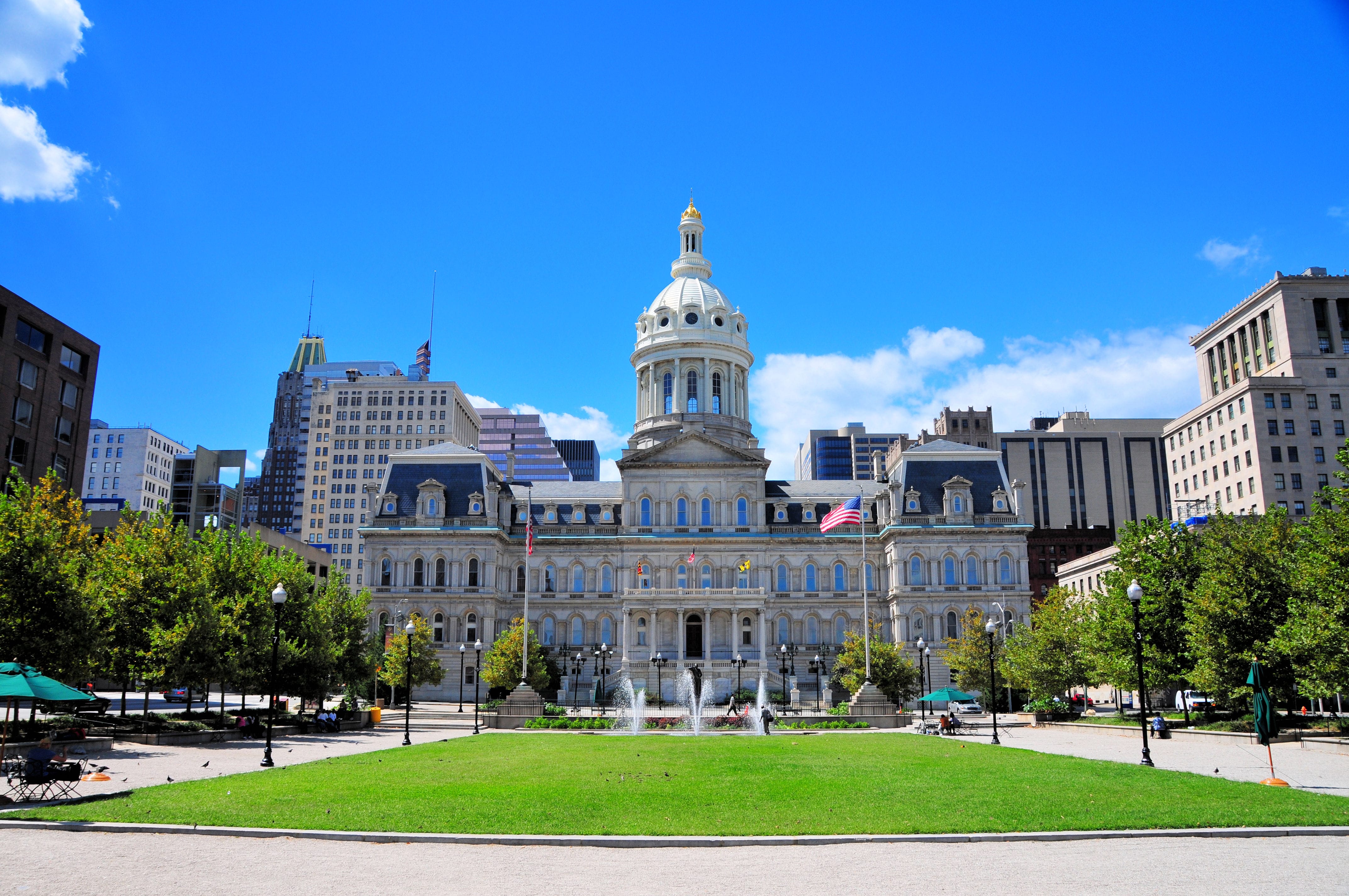 Baltimore is the only Maryland city to boast a population greater than 100,000, though Columbia is coming close. Annapolis is the capital and home to the United States Naval Academy. (Go Navy! Beat Army!)

Whether Maryland is a far northern southern state or the last northern state as one works one’s way toward Dixie is a matter of hot debate. The subject of secession was hashed, rehashed, and was still being made a hash of when the Civil War ended. So, it depends on who you ask.

The highest point in Maryland is a top 3,360 foot Hoye-Crest. It sits very near the West Virginia border in the far western corner of the State. The lowest point in Maryland is Bloody Point Hole, 174 feet below sea level. The area is located 1 mile WSW of the southern tip of Kent Island in Queen Anne’s County. All of Maryland is in the Eastern The Zone, and it all recognizes Daylight Savings Time.

Salisbury–Ocean City–Wicomico Regional serves about 60,000 passengers a year. The most common destination is Charlotte.

Baltimore–Washington International is the big hitter among Maryland airports. Over 11 million passengers travel through BWI. Atlanta is a favorite destination. 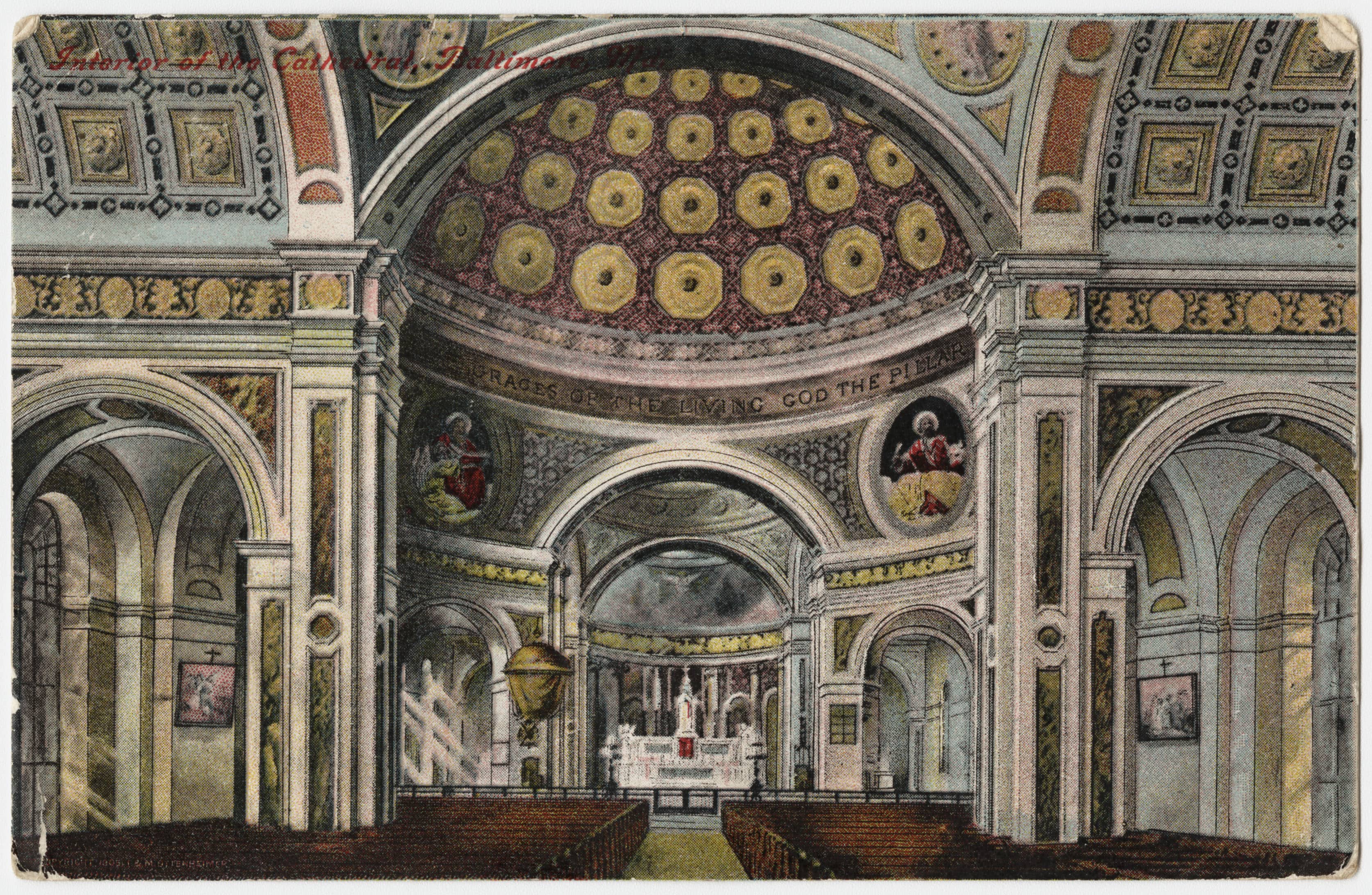 The Basilica of the Assumption of the Blessed Virgin Mary, Baltimore

Weird and Wonderful Facts About Maryland:

The Basilica of the Assumption of the Blessed Virgin Mary in Baltimore was the nation’s first cathedral. It took 16 years (1805-1821) to build.

During revolutionary times Rockville was known as Hungerford’s Tavern. That’s the name of its most familiar landmark. One of the first calls to freedom from British rule was heard at the tavern in 1774.

The Methodist Church of America was formally organized in 1784 at Perry Hall. It was an unincorporated community in Baltimore County.

The 4.03 mile William Preston Lane Memorial (The Bay Bridge), joins the western part of Maryland to the eastern shore and crosses the Chesapeake Bay.

King Williams School opened in 1696. It was the first school in the United States.

Tilghman Island is home to the Skipjacks, the only commercial sailing fleet in North America.

Maryland Public Television was the first PBS station to air. It was Baltimore Channel 67, and first broadcast, Oct. 5, 1969 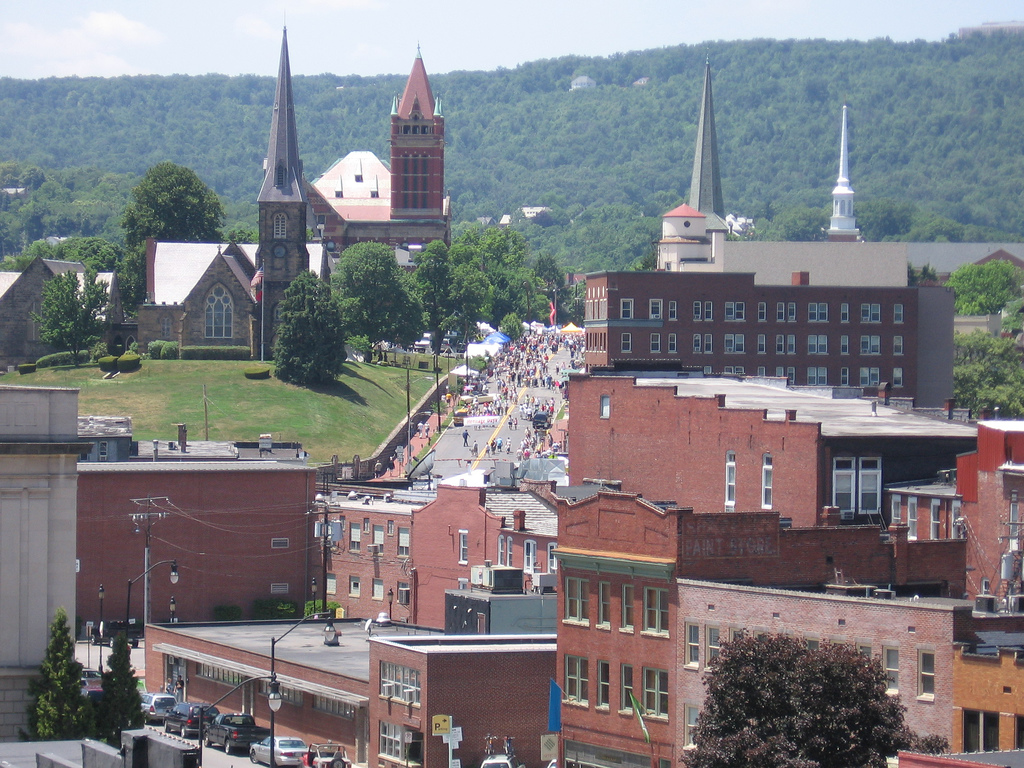 Cumberland, a city in Western Maryland located on the banks of the Potomac River and Wills Creek in Allegany County

Let’s Take a Trip Through Maryland!

From west to east is the only way to travel Maryland, as the state is 249 miles that way, and only 101 miles north to south. We’re going to start in the mountains, put our hand over our heart and warble the National Anthem in Baltimore. We will finish at the ocean. Come on! It will be fun!

We start in Cumberland. That’s as close to Pennsylvania as we can get without being force fed a cheesesteak. Traveling east, we quickly arrive at Rocky Gap State Park.

winds its way through an impressive mile-long gorge. There we can see sheer cliffs, and a hemlock forest dense with rhododendron and mountain laurel.

Interstates 68 and 70 will take us on a scenic drive clear through the Green Ridge State Forest on the way to Burkittsville. Why Burkittsville? Because we need to see Ghost Hill.

As the story goes, this gravity hill is cared for by the spirit of a Civil War soldier who was crushed to death by a cannon he was pushing when it rolled back on him. We put our car in neutral and marvel as we slowly… begin… to… move…uphill!

Yikes! I told you Maryland was a fun state.

Continue on I-70 just 63 more miles and arrive at Baltimore’s Inner Harbor. (I told you it was a small state. You should pay attention!) From here we’re going to Fort McHenry, but we aren’t going there just yet. You will find out why tomorrow morning. Spend the night at Sleep Inn & Suites Downtown Inner Harbor for $114 a night. For dinner find a restaurant with crab cakes. They are, literally, everywhere around the Harbor.

The next morning we step aboard one of Baltimore’s famed water taxis. Now, it’s time for Fort McHenry.

It is said that failure breeds more poetry than success. The greatest song ever written in Maryland is a testament. The fort was being pummeled by the British during the War of 1812, and a lawyer from Baltimore named Francis Scott Key was watching. He was thus inspired to write The Star Spangled Banner.

Trained rangers walk visitors around and explain the history of the place. It is a valuable living history lesson. Why did we need to come in the morning? Because, if we arrive by 9 a.m, we will be invited to take part in the flag-raising ceremony. The flag takes on a whole new meaning at Fort McHenry.

Catch the water taxi back (I never get enough of the water taxi), fire up the GPS (we call ours “Joy”) and set it for Ocean City. Honestly, there are too many roads to take for me to list them all here. We will drive the impressive Bay Bridge across the Chesapeake. Our destination is only 146 miles from Baltimore, and we can count on seeing some of the impressive Maryland eastern shore today. 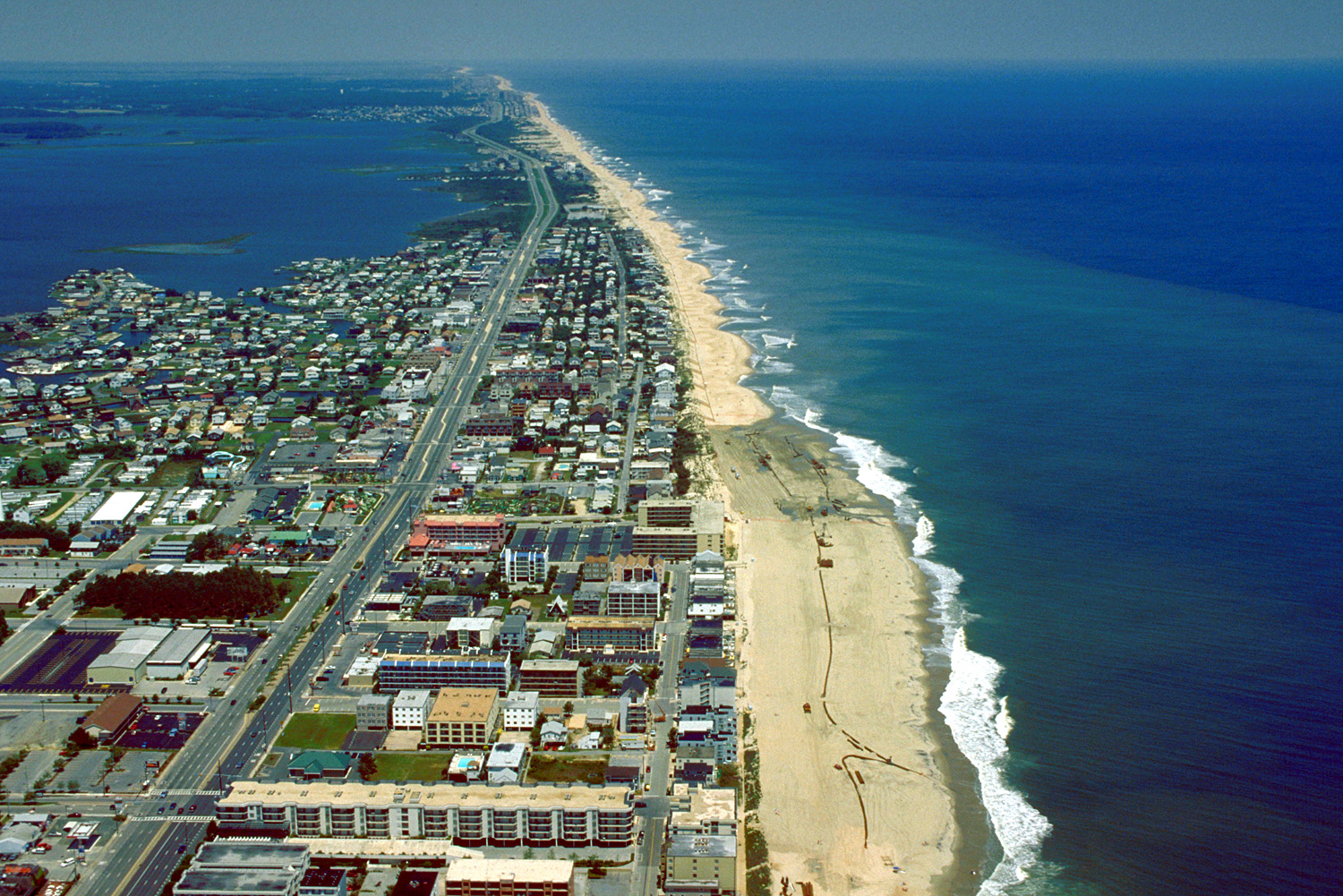 When we get to Ocean City, we will find one of the quietest and most beautiful beaches on the Atlantic Ocean side of the country. A boardwalk connects the ocean to shops, restaurants, gift establishments, and a host of fun places at which to hang out.

While here we are going to visit Northside Park. It truly has something for everyone. Walking/running tracks throughout the park complete with distance markers, and well-maintained playing fields (soccer/ lacrosse/ baseball/ softball). It has a nice playground for kids and a long pier out on the bay to fish and crab or just take in the scenery. Free concerts mark the Northside Park calendar in the summer. They also hold Art’s Alive in summer and the Winterfest of Lights in December.

Appropriately enough we are saying the night at the Francis Scott Key Resort for $78 a night.

Did you notice something unique about our trip across Maryland? It was only two nights in length. That way we have time to spend a little extra of it at Rocky Gap, in Baltimore (baseball fans should see a game at Oriole Park at Camden Yards) or at the beach. The choice is yours. The state is your oyster…or crab cake.