The Greatest Road Trip Ever Taken arrives today in the Garden State of New Jersey. Long overwhelmed by the shadow of a large apple, New Jersey is a destination all its own. We’re going to see what we can learn about it. 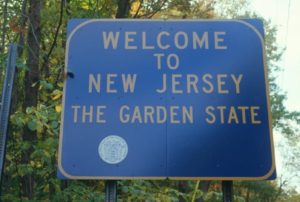 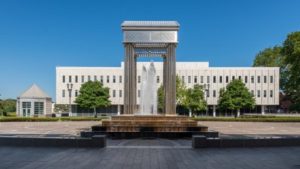 Trenton is the capital of New Jersey, and Newark is the state’s largest city. Jersey City, Paterson, and Elizabeth join Newark in the list of cities exceeding 100,000 in population.

Trenton–Mercer serves about 150,000 passengers a year. Orlando is the most common destination.

Newark Liberty International welcomes over 17 million customers a year. Many of them are flying to San Francisco. 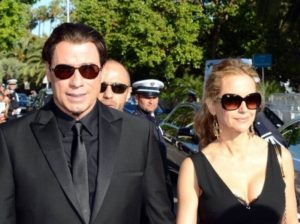 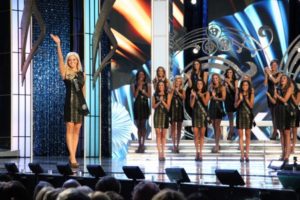 New Jersey is home to the Miss America Pageant held in Atlantic City.

Atlantic City is where the street names came from that make up the game board for Monopoly.

The first baseball game was played in Hoboken.

The first drive-in movie theater was in Camden.

Picturesque Cape May holds the distinction of being the oldest seashore resort in the United States.

In a state known for big cities and dense population, we are going to find some nature where we can. Enter, High Point State Park in Sussex. The view from 1,803 foot High Point Monument is a spectacular one of rich forest, verdant farm, rolling hills, and lush valleys. We can see three states from High Point! High Point offers superb hiking and ski trails, as well as quiet spots for campers and anglers.

Seventy-four miles south of High Point we find one of the oddities on the roadside that The Greatest Road Trip Ever Taken loves so much. Thomas Edison is celebrated here by The World’s Largest Light Bulb. In his Menlo Park lab, Edison developed the first light bulb and first primitive phonograph. The attraction was renovated in October of 2015. A $5.00 bill each lets us take a walk through Edison’s life.

Back in the car for just over 100 miles and we are on the shores of Atlantic City. Doesn’t the salt air smell great? Before Mom and Dad go into one of the many casinos, let’s take a walk down the famed Boardwalk.

It is the famed Promenade, known for the roaring sea and dozens of confection shops and amusements. Did you know the Promenade was designed just as something to keep the sand out of the hotels? It’s true, but, it was to become The Boardwalk! The shops, novelty spots, gift arcades, and entertainment venues here are what carefree romance and family fun are all about. We will stroll the Boardwalk, see the sights, and listen to the gulls. It’s a magical moment on our trip. 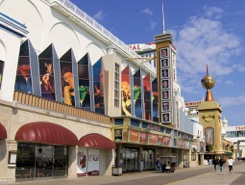 Okay, go play in the casino, but be careful. The trip isn’t over. Yes, you’re welcome, have fun! Not too much fun. We will play where we stay at the Resorts Casino Hotel. Rooms for $44 a night.

Less than 60 miles further south and we are in Cape May. A lovely beach is found here, but we saw the beach in Atlantic City. We’re going to finish off the trip with a cruise.

The Spirit of Cape May is going to carry us out on a porpoise seeking trip! We have the choice of a 1 p.m, lunch cruise or a 6 p.m. dinner cruise. We’re taking the dinner cruise. The narration is excellent and who doesn’t love a school of porpoises.

When later we fall asleep at The Star Hotel ($99 a night) we will long remember our trip through New Jersey. We hope you enjoyed it too.

Donald Trump’s Presidency after One Year, “It’s the Economy, Stupid”

Contactless Payments are the Way of the Future