Fresh off our delightful first dip to the far north in Maine we travel just a little way west, arriving in New Hampshire. We are well into the little New England States now. New Hampshire is the fourth smallest state in the Union, but it houses the ninth smallest population. That makes it a surprising entrant into our growing list of urban states. New Hampshire measures 190 miles north to south, and only 68 miles east to west.

Blessed with crisp snow (so pure you can smell it) in the winter and wildflowers in the summer, this is the heart of New England, but with an edge. Their motto is “Live Free or Die” and New Hampshirites are ready to celebrate the one and, if necessary, do the other. A fiercely independent lot, they love their little part of the world as much as any people from any state. One of the original plucky 13 colonies, New Hampshire was the ninth state to ratify the United States Constitution.

New Hampshire is bordered to the north and extreme northwest by Quebec. Vermont is to the west and Maine is to most of the east. A few miles of Atlantic seaboard is to the southeast. Massachusetts provides New Hampshire’s southern border. 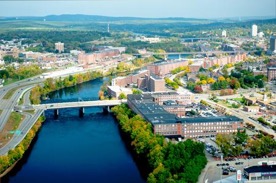 The capital is Concord (where the first shot of the Revolutionary War was fired.) The largest city is Manchester, with barely over 100,000 people. The highest point in New Hampshire (and indeed the east coast) is 6,288 foot Mt. Washington. It stands sentinel in the northeastern part of the state. The Atlantic Ocean at Portsmouth is the lowest spot in the state. The geographic center of New Hampshire is in Belknap County, three miles east of Ashland. 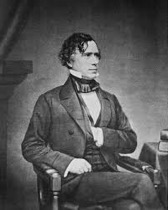 The first potato planted in the United States was in the ground at Londonderry Common Field in 1719. 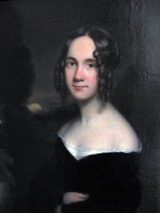 In 1833 the first free public library in the United States was established in Peterborough.

Sarah Josepha Hale, the author and journalist who wrote the poem “Mary Had a Little Lamb” in 1830 is from Newport.

Cannon Aerial Tramway is the first aerial passenger tramway in North America. It was built in 1938 at Franconia Notch.

The highest winds in the world have been recorded atop Mt. Washington.

We start at the oldest manmade tourist attraction in the country. The Mt. Washington Auto Road is open in the spring and summer to public traffic if you want to do it yourself. We’re going to enjoy a winter ride up the mountain by snow coach. The open skies beckon, and the quickly changing weather delights.

We will spend an hour at the top, lunching and looking around. Mt. Washington is the grand peak of the east and should be enjoyed. 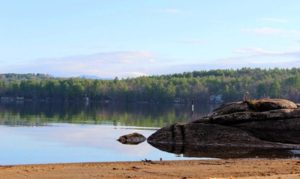 About an hour to the south we arrive at Lake Waukewan. This pretty waterway is, along with Lake Winnipesaukee, considered the jewel of New Hampshire’s Lakes Region. Swimmers, pleasure boaters, and sun worshippers will fully enjoy themselves during the warmer months, but year-round the views are breathtaking and the people are friendly.

Oh, you would like to compare Winnipesaukee to Waukewan? Your every impulse is The Greatest Road Trip’s life command. The Mt. Washington Cruises (Yes, many things are named after Mt. W up here) will take us on a dinner cruise around the lakes. On our cruise, we will see over 200 islands dotting the lake.

Movie trivia folks will be interested in remembering Lake Winnipesaukee as the place Richard Dreyfuss visited to try and get away from Bill Murray in “What About Bob?”

We will spend the night at the Lazy E Motel for $59 a night. Inexpensive lodging is one of New Hampshire’s great tourist draws.

The next morning we are back on the road for about an hour before arriving in lovely Portsmouth. The Strawberry Banke Museum is our first stop. It is filled with wondrous treasures from the area. Take a leisurely walk through this place, taking it all in. This is an example of the regional/historical places that make New England so special. During the summer, many old homes in Portsmouth are open for a tour, but any time of year the Strawberry Banke is worth a stop. 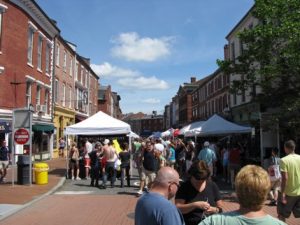 Downtown, we will visit Market Square. It is a walker’s wonder over cobblestoned streets, in and out of shops, restaurants, bars, and curiosities.

Did you bring some dress clothes? I hope so. Tonight, we are going to The Music Hall. This restored 19th-Century building hosts some of the greatest acts in one of the most comfortable theaters on the east coast. Don’t be surprised to see a welcome card on your seat, because they sometimes do that for first-time visitors. It will be a great night.

Overnight, we will stay at The Port Inn for $92 a night. It is a lovely place in which to complete our trip through New Hampshire. We hope you enjoyed the trip as much as we enjoyed taking you along.