Picture an English garden. Even if you’ve never been to England, you probably have some idea of what one looks like. Odds are, you’re picturing Gertrude Jekyll gardens. Who was this designer? In her lifetime, she created hundreds of gardens, making her mark in a time when women weren’t well-respected beyond their traditional duties.

An artist at heart

Gertrude Jekyll was born in 1843,  the fifth child out of seven.  Her brother became a friend of Robert Louis Stevenson, and Stevenson’s famous story “Dr. Jekyll and Mr. Hyde” got its name from the Jekyll family. At 17, Gertrude went to the Kensington School of Art and by 23, she showed her work at the Royal Academy of Arts.

Unlike most women of the time, Gertrude never married or had children. Instead, she spent her time on all kinds of crafts, such as watercolors, embroidery, blacksmithing, and interior design. These skills helped inform the unique style and feel of Gertrude Jekyll gardens. Gertrude traveled a lot, as well, visiting places like Italy and Algeria.

The artist turns to gardens

In 1889, Gertrude met Edwin Lutyens, a 20-year old architect, and found a kindred spirit. Their skills were a perfect match and they designed many projects together, including Munstead Wood, Gertrude’s home. Many of their collaborations can still be visited in England.

After being diagnosed with a degenerative eye condition, Gertrude put aside her other crafts and focused entirely on garden design. In 1897, she received the Victoria Medal of Honour, the highest award possible for British horticulturists. She died in 1932, leaving behind around 400 gardens or parts of gardens. The Register of Parks and Gardens of Special Historic Interest protects 32 of them. The Google Doodle for November 29, 2017, designed by Ben Giles, celebrated the anniversary of Gertrude’s 174th birthday.

Gertrude was one of the first gardeners to consider color, texture, and experience when it came to garden design. She’s famous for “hardy flower borders,” vivid colors, and plantings that almost resemble watercolors. In order to plant flowers on a cliff, she once fired seeds from a shotgun. Her favorite flowers included:

Gertrude Jekyll gardens are also defined by their natural look and feel. Gertrude believed gardens should blend in well with their surroundings. She also liked water features. 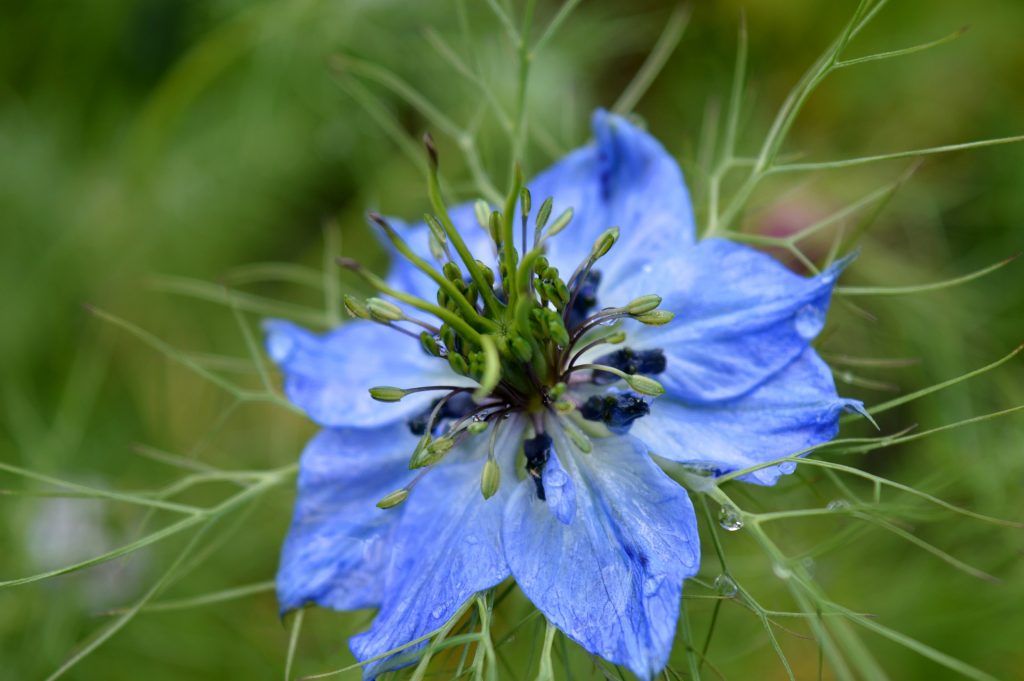 To see Gertrude Jekyll gardens in person, most can be found in England. The most famous is arguably Hestercombe, which is located in Somerset. It’s one of her collaborations with Edwin Lutyens. They completed work on it in 1908. It peaks in the summer, though there are always seasonal plants year-round. In the United States, there’s just one remaining Gertrude Jekyll design at the Glebe House Museum in Connecticut.

Most people think of how gardens, they picture sunny days, but did you know there are garden designs specifically meant to be enjoyed in the moonlight? Unsurprisingly, they are known as “moon gardens.”