“Handbook for Mortals” Tops (Then Topples From) Bestseller List

It’s every author’s dream to be included on the New York Time’s bestseller list, let alone be #1. However, first-time author Lani Sarem is in hot water after her book Handbook for Mortals reached the top spot, and no one had heard of it. For young-adult fiction, that is extremely rare, because the YA lit blogosphere is always on alert and generating buzz. What happened? 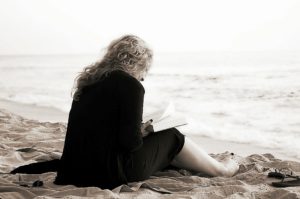 The YA book community is driven by fan buzz

Phil Stamper, another author, got curious and began to investigate by tracking book orders and talking to bookstores. He learned that the book was published by GeekNation, a relatively-small website that has never published a book before. The reviews on Goodreads were all 5 stars, and there were duplicates, as well. As for the reviews on Amazon, Fakespot found that several of the reviews were written by fake accounts.

Stamper chronicled his investigation on Twitter, and was soon contacted by several booksellers saying that they had received bulk orders, one only after the person confirmed that the stores reported sales to the New York Times, and others who didn’t care if the book was even in stock. It seemed they only cared about the number. Yet another anonymous source said that the author herself ordered a bunch of Handbooks, saying they were for a conference, but she was not scheduled to appear. What this bulk-buying accomplished was a big sales number, but not from any actual fans.

This type of sales manipulation is not illegal, but it certainly goes against the spirit of the bestseller list. The New York Times is supposed to track only individual sales. If the numbers go up because of a lot of bulk purchases, an algorithm lets the Times know. They can then choose to not include the book, or add a disclaimer. However, until Stamper revealed the truth, Handbooks was at #1. 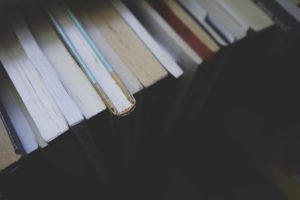 Did Sarem care about writing a good book, or did she just want to get a film franchise going?

It appears Sarem wanted to get the book on the list to bolster the possibility of a film franchise in the vein of Hunger Games, The Maze Runner, and of course, Harry Potter. She has admitted she originally wrote the story as a script, and is already in cahoots with an actor (Thomas Ian Nicholas, best known for the American Pie franchise) to get a movie deal. One of Stamper’s sources even claimed that Nicholas himself made call to order a bunch of books. There’s also a page for Handbooks on IMDb already, with both Thomas Ian Nicholas and Lani Sarem listed in “cast.” When asked about her dreams for the book, Sarem said she hoped to get 5-7 movies out of it.


In late August, The New York Times removed Handbook from the top spot on the Young Adult Hardcover list. Sarem isn’t happy about this outcome. She has said no one on her team bulk-purchased the books, and that her book was removed because of an “unfair” bias towards unknown writers. She says the YA community is too tight-knit, and because she didn’t do things the way they’re used to, she’s being punished. Sarem wishes the YA community would celebrate “new stories” better.

Sarem should be happy, then, that the book that replaces hers is not only by a first-time author, but a black author who has broken into the very white YA scene. The Hate U Give has also gotten a movie deal, which will star Issa Rae, Regina Hall, and Amandla Stenberg.

Hurricanes, Floods, and the Cars Under the Water