What does this say about the American political process? A candidate enters the race 11+ months before the election, and there is a concern that he will be rejected as a “Johnny-Come-Lately.” That is the first question former New York City Mayor Michael Bloomberg faces as he throws his hat into the Democratic field. But, in this, the most bizarre Presidential election cycle since Sen. Preston Brooks, caned Sen. Charles Sumner unconscious for being anti-slavery, what was once unheard-of, is now commonplace. That’s why Gildshire chose this moment for handicapping the election. We’re one year from selecting a new (or re-electing the same) most powerful person in the world. Who are the real contenders, and who are the fringe pretenders? Let’s sort it out together.

Tom Steyer financed a series of television ads that said, in no uncertain terms, that President Trump should be impeached. That’s all the voters know about the man, though, and he is polling at less than 1%.

Tulsi Gabbard used her military background as a defining difference between herself and the rest of the field. But, persistent rumors that her progressive bona fides weren’t up to Democratic voter standards kept Ms. Gabbard’s campaign from taking flight.

Cory Booker took his sincerity and his evident Christian faith to the stump and made some early waves in the overgrown sea of candidates. Lately, though, his message has become muddled amid charges that he isn’t “genuine” enough…whatever that means.

Amy Klobuchar builds her stump speech around the fact that she has taken on the President, and his voting coalition, and has won. Indeed, when Minnesota went for the President in 2016, Sen. Klobuchar beat back the red tide and won in her district. That said, she continues to poll at 2-3%.

Andrew Yang wants to send every American $1000 a month, and kickstart the economy with that cash. That is an appealing idea to many, but Mr. Yang’s “wonky” stump speech (he is a tech billionaire, so that is not a pejorative) has failed to catch on. He polls at 3%, so his campaign is likely doomed.

Kamala Harris’s performance in the first Democratic debate brought her campaign into the spotlight. Unfortunately, that spotlight revealed some issues when she was State Attorney General of California that worry the Progressives in the Party. Her latest poll numbers are stuck at 4%.

The Contenders for the Nomination:

Most election mavens (Gildshire, handicapping the election this far in advance make us a proud member of that group) believe the Democratic race will come down to three candidates. Even that would be a lot most years, but this is not most years. I think we can all agree on that! The three leading candidates represent the two ends of the Democratic spectrum.

From the Progressive Left

Sen. Bernie Sanders is the darling of the Progressive wing of the Democratic party. His tousled white hair shows that he was too busy fighting for the little guy to comb his hair. His fans LOVE that about him. More importantly, Sen. Sanders believes that the country would be better off with fewer billionaires. He favors single-payer health care, free college education, and Pre-K school for every child in America. His unabashed liberalism worries some, but his poll numbers show that he is equal to, or better than, President Trump in the battleground states. The latest New York Times poll shows Sen. Sanders running third in the race, but his trend-line is on the rise.

Sen. Elizabeth Warren has “a plan for that.” Her favorite phrase on the stump has become her calling card. Sen. Warren is seen as slightly to the right of Sen. Sanders and has had to overcome the same jibes that female politicians always endure. Among these are charges that she is “shrill,” and “unlikeable.” As her star rises, the naysayers are slowly being outshouted by those who like her no-nonsense style. Democratic observers appreciate the fact that Warren and Sanders refuse to attack each other on the campaign trail. We will see if that continues as we close in on the first caucuses and the New Hampshire primary next February. The latest New York Times poll shows Sen. Warren running second, but her gap over Sen. Sanders in third place is shrinking slightly.

Former Vice-President Joe Biden is a career politician. While that may be a welcome respite from the current officeholder, it is still a Democrats double-edged sword. Career politicians are seen as out-of-touch with the mainstream in America. Biden’s policy plans are nuanced and smaller in scope than those of his Democratic rivals. 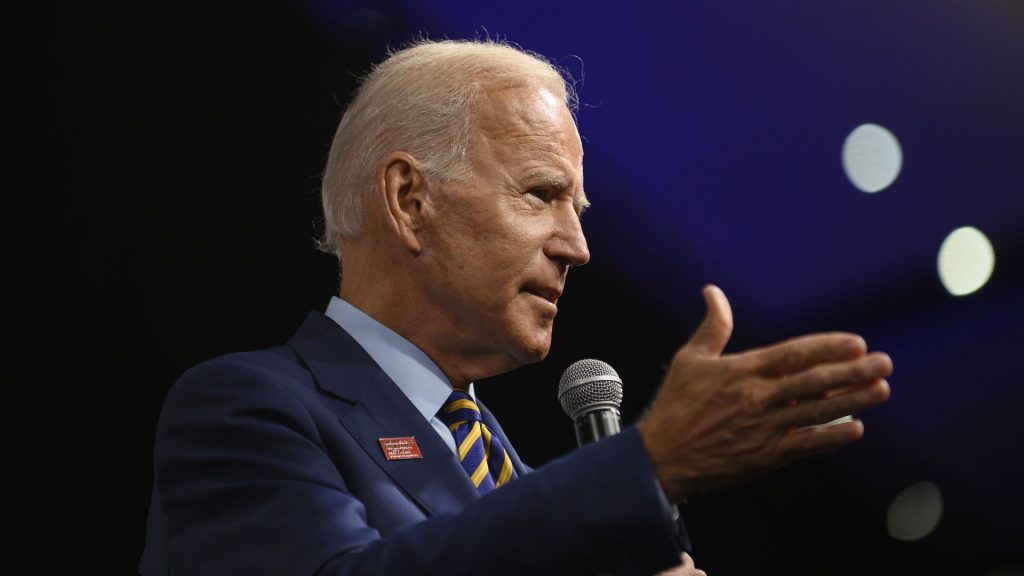 He wants to “move toward” such things as improved health care and climate change legislation, both of which make him unacceptable to the Progressive left. Democratic insiders fear that a Biden nomination would result in the Progressives staying home en masse on Election Day, some of which happened in 2016. The latest New York Times poll shows Biden leading the pack by 3-4 percentage points.

Mayor Pete Buttigieg is hard to place in any of the above categories. He polls at 8-10 percent, which could put him in the also-ran section. But he has hard-core support among certain parts of the Democratic electorate. One suspects that Buttigieg has more potential to move into the top category than anyone below him. Would he be someone on whom we would wager? No, but we have been surprised by smaller underdogs.

What have we learned since the 2016 election? Only that handicapping the election is hard enough a week before the election, much less a year out. But, this is how we see a fluid race, with 12 months to go. Enjoy the race!

Ford and Ferrari? Something Else? Gildshire at the Movies