The distinctive growl of the Harley-Davidson was a standard part of the audible landscape throughout the big bike’s history. There was a time when a Harley was what real bikers rode, while pretenders rode other bikes. At least that’s the way Harley told it. (Kawasaki lovers told a very different tale.) During the so-called Reagan Revolution, aka Make America great 1.0 Harley used its “Made in America” moniker, and it’s Milwaukee, Wisconsin headquarters to stake out American streets. Since then, the brand has held steady as the leader among the big bikes for big biking people. Then came 2020. Gildshire believed it was time to check-in, and we found the news none too good. Yes, we are excited when Harley-Davidson reopens plants, but oh those pesky questions.

But are they selling any bikes?

But, as Harley adjusts to the new, for now, world, it’s making adjustments. Nine days ago, the company reopened its Pennsylvania and Wisconsin factories. The planned production goals for this reopening have been slashed. Only the bestselling models in the top colors. Customizable features will be few and far between. 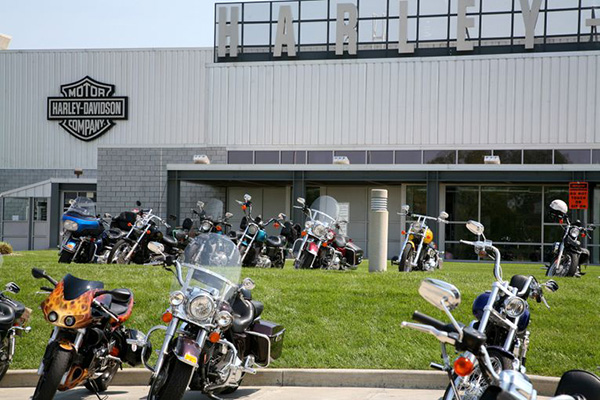 Harley-Davidson to reopen this Pennsylvania plant.

While no specific models and the numbers Harley expects to produce have been revealed, it isn’t hard to gauge which are the best-selling and which are the poorer selling models out of the Harley brochure. The company breaks it down into three segments: Cruiser, Touring and Sportster/Street.

Some analysts believe this means no new Sportster/Street-segment motorcycles for the rest of this year. Like in all other forecasting models, though, it’s all speculation for now. However, they are clearly the dog on the market by the numbers. It seems likely to us, and to Reuters who helped with the research, that sports bikes would walk the proverbial plank for now.

As in the case of so many businesses right now, the subject of survival is on the table. While no one can say for sure what the landscape of commerce will look like when this is all over, stalwarts like Harley would have seemed to be safe, even as the neighborhood scooter shop may fall by the wayside. It is only news such as this that give us pause as to the carnage that may develop as the coronavirus lingers in our country.

But for now, we will take it as good news that Harley-Davidson reopens two plants, even at limited capacity. Wisconsin and Pennsylvania are battleground states in the election to come. Whether this helps the incumbent or has no effect, is a tale to be told at the ballot box in November. Gildshire will be watching, and we know you will be, too.