“Don’t go outside with a wet head or you’re sure to catch a cold.” “An illness always attacks at your weakest point.” “President Washington is sick? Let’s bleed him.” These are examples of health myths down through history. While some myths are patently foolish (Leeches, anyone?) most stem from perceived common sense, Yes, even the bleeding of the President. The idea was that the bad blood was sick and the body would replace it with good blood. Did it work? No, it probably led to his demise. It wasn’t until the early 20th Century that a visit to the doctor was more a net positive than a net negative. Does that mean we have eliminated health myths, replacing them with 100% solid treatment options? Not exactly. Today, let’s bust some health myths with the help of the American Medical Association.

It’s as much a part of television drama as a pouting Kardashian. The cowboy comes into the bar from the frozen prairie, and someone says, “Get him a drink.” A shot of whiskey slides down the bar and our hero is warmed to his cockles. A feel-good story. Are you about to tell me it’s wrong? Because don’t.

Unfortunately, yes. Alcohol causes your blood vessels to dilate, moving warm blood closer to the skin. So, you feel warmer. However, the alcohol actually causes your body’s core to lose heat. The cold cowboy would be better served with a warmed blanket than a stiff shot.

By closing off the sweat glands, we prevent bad cells from exiting the body. Also, the aluminum-based compounds, used near the breast, create an estrogen-like reaction leading to breast cancer.

If only the cause/cure of cancer was easy. Hundreds of years of research wrapped up in “Don’t sweat the sweat.” In truth, no single behavior (not even smoking cigarettes, though your odds are much worse if you have that nasty habit) causes cancer. It’s caused by a complex combination of genetics, environment, and behaviors. Studies meant to corroborate the connection between antiperspirants and cancer have failed to do so.

Myth #3: Carrots Are Good For Your Eyes.

Carrots contain natural beta-carotene, which is a precursor to Vitamin A. We all know Vitamin A is good for the eyes. So, what’s the myth in this one, smarty pants? 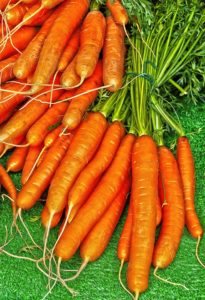 Health Myths Origins: Tasty, lightly cooked or raw in ranch dressing. Not a blindness cure, though.

Just three myths in, and we’re getting testy, I see. Carrots are a good and healthy snack. No one is disputing that. Here’s the problem, though, and you will see it is actually a good thing. We already have plenty of Vitamin A stored in our bodies. Moreover, converting beta-carotene to Vitamin A is inefficient. Nothing will change the refractive error making your prescription what it is right now.

“My neighbor’s cousin’s niece works in an acupuncturist’s office, and her boss said that as the number of vaccines we give our kids has grown, so too has the incidence of autism.” It’s just math, right?

Wrong. We do give our children more shots than we had when we were kids. That part is correct. However, the immune load of the current vaccines is a fraction of what it was 30 years ago. We’ve gotten that much better in our precision teaching the immune system what it needs to know to fight disease. Would you like to know the real danger? Parental panic is making children afraid to seek medical attention. The parents need to calm down and stop spreading fear through social media. We don’t know why, or even if, autism is more prevalent today. Maybe, we’re diagnosing it better.

The main dangers from burn are heat and skin dehydration. Butter and ice take care of both, quickly lowering the temperature and moistening the skin.

Partly, this makes sense, but it’s overkill. First, the part-right. Lowering the temperature is important, but ice can damage cells and has also been shown to worsen burns. Immersing the affected area in cool water will help. However, leave the butter in the refrigerator. Butter evenly spreads heat across foods. Guess what? It will spread the heat of a burn, as well. Butter makes burns worse! 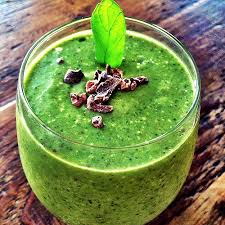 Health Myths Origins: That…doesn’t look like something I would drink.

Myth #6: There are Special Diets Good for De-Toxing the Body.

Our bodies are rife with toxins. Just living in society and in this day and age is unhealthy. Thank goodness for juice cleanses and nutritional supplements! I feel fresher already!

There is no quick-fix for detoxifying the body. Also, the detoxifier we already have is working really well. I like to call it, “the liver.” Instead of a juice cleanse, or the new term, juice crawl, try making small changes that actually do some good. Take a brisk walk, rain or shine. Drink enough water. Skip the bakery, in favor of the fresh produce. These aren’t as “glam” as Acai Berry infusions, but they will help you live healthier.

Myth #7: Creative People are Right-Brained, While Logical People are Left-Brained.

This one is on the money, you see. Different people process input differently. Not to mention, they did surgeries that proved it. So, there.

Those “surgeries” of which you speak were done on seizure patients to try and determine the cause of the malady. Tests done on healthy adults show brain function across the hemispheres as a result of all input. Sure, some people are more creative than others (though, creative people balk at being called “illogical). But, the causation can’t be found by cutting open their brains.

Myth #8. Barefoot is the Best Way to Walk For Your Feet.

Isn’t it true that shoes are actually counterproductive to the way we should walk? I read that we should grip and pull with our toes.

Again, some truth, and some fiction. That’s the way health myths work. Shoes that mimic the way we should walk don’t sell. They’re uncomfortable. They feel…off. When we walk barefoot, blood flow to the toes increases. That’s healthy for the piggies. However, walking barefoot makes your feet susceptible to cuts, scrapes, wounds, and even fungal nail infections.

Now, what can we do with this information about health myths? Will your friends thank you? Some of them will, about some of the myths. You’ll get blowback from some, though. See #4, for example. That’s okay. Some myths take longer to fix than others. To your health!