In an age when smoking is no longer tolerated, it’s hard to imagine that athletes, doctors, and even Santa Clause were promoting smoking just a few decades ago.

Smoking kills approximately 1200 people every day. Recently, ads with this statement hit the television networks and newspapers. However, the ad was not sponsored by the American Cancer Society, but by major tobacco companies under the strict orders of the federal courts.

The ads will not be visually interesting or frightening to smokers since the court ruling did not specify the content of the ads. The used ads are based on words, not on pictures.

The federal court specified that 50 newspapers should keep ads on a full page for one week, from the USA Today to the New York Times. Also, it is required for the companies to have five adds for one week for a year on one of the major networks such as ABC, CBS, and NBC.

Although this might look like a step forward, the tobacco companies don’t have to deal with admitting that they lied and manipulated people in the promotional campaigns and advertisement.

It is estimated that smoking kills 480 000 Americans each year, and it costs $170 billion in medical costs and around $156 billion in lost productivity. Smoking can be an addictive habit since nicotine changes the brain, which makes it hard for a smoker to quit. 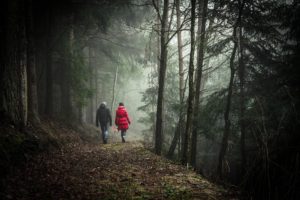 On a stressful day, we need a big hug and comfort from Mother Nature. People who deal with anxiety and depression tend to feel better when they spend some time outdoors, in nature. When we are overusing medications we need a dose of something natural and fresh like a tea or a walk in the park.

Ecotherapy is actually a growing field of medicine, based on nature and exercise that can help patients who deal with mental illness. Instead of using more prescription pills, psychologists and psychotherapists advise spending at least 30 minutes outdoors five times a day. The ecotherapy is useful for a verity of conditions such as attention deficit disorder, depression, insomnia, and anxiety. Nature can be useful for those with physical disorders such as high blood pressure and diabetes.

Researchers have found out that 9 out of 10 patients had a higher level of self-esteem after a walk through a park.

Health care providers have to be additionally educated and informed on the newest medical procedures and findings. Dr. Robert Zarr, medical director of the nonprofit Park RX America and Unity Healthcare, from Washington, D.C. said: “We work with the doctors, nurses, and healthcare providers around the country and show them why it’s so relevant to prescribe parks and how easy it is to do, so that they can make it a part of their daily routine.” 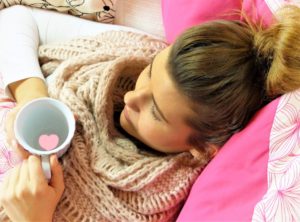 Red wine, a lot of delicious food and sweets, lack of sleep is something that a good holiday season cannot go without. It’s no wonder that the day after you feel exhausted, tired and like you’ve been hit by a train.

Turkey, pumpkin rolls, apple pies, sugar cookies and wine are part of Thanksgiving celebration for many of us. Added sugar that we consume too much during holidays contains a lot of “empty calories,” making us feel full without genuinely nurturing your body with the good stuff that you need.

During holidays, we tend to eat food rich in sodium and drink too much which leads to a combination of hangover and feeling bloated. What should you do the day after? Let’s start with the good night sleep.  Give some time to your body to get a necessary sleep and recovery. Once you wake up, the first thing you want to do the day after is to drink a lot of water. There is no cure for a hangover! However, water and sports drinks proved to be helpful to many. Eat low-sodium food, high-water foods such as lettuce, cucumber, and fruit which will help you fight hangover as well.

The next thing you can do is take a walk and breathe some fresh air.

Science News: Where did the First Interstellar Asteroid come from? … and More