Health News: The Danger in Your Bathroom, When Parents Argue and Medical Marijuana

Home » Healthy Lifestyle » Health News: The Danger in Your Bathroom, When Parents Argue and Medical Marijuana

The Danger in Your Bathroom

“The bathroom is quite a tricky spot from a hygiene point of view. People spend a lot of time on cleaning the toilet but it would be good if everyone spent more attention on the bathroom and using disinfectant sprays to clean it.”

You probably heard that your laptop might be dirtier than your toilet. However, a toilet is not bacteria free at all. Actually, places and things that we don’t even think we should clean are where the danger in your bathroom is found (expect towels, which can carry bacteria when shared).

What’s most surprising is that soap, the last place for germs to survive, is actually the main carrier of bacteria. Researchers suggest using a liquid soap instead of using a soap bar. Furthermore, another place where bacteria live is in a towel. According to a study: “Towels are quite dodgy things. You should never ever share a towel – I would advise against that.” 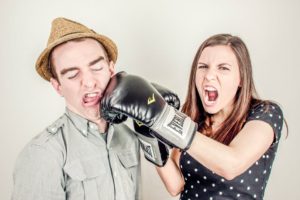 How Parents’ Arguments Affect a Child?

Children learn more than we think in their homes, mimicking their parents’ behavior. It’s not all about “thank you” and “please.”

It’s not about what they preach, it’s more about how they act. If parents argue in front of a child, the way they resolve the argument has a great impact on a child’s relationships in the future and his way of communicating problems with others.

What happens at home has a great impact on a child’s long-term mental health. Parents often think about their relationship with the child, but they sometimes forget about their own communication and relationship in front of a child.

Usually, arguments have little or no effect on a child observing an argument. However, when an argument is violent and when parents give each other the “silent treatment” a child observes it and that can have a negative impact on his future relationships.

It’s not only about observing and adapting wrong patterns of behavior, but children often show signs of disrupted early brain development, anxiety, sleep disturbance and other serious problems when living with a chronic and severe inter-parental conflict.

It’s important for parents to recognize that it isq normal for them to argue and to disagree with each other. From the other side, how we resolve these conflicts and how we communicate with each other is an important lesson for our children which they can learn by simply observing their parents’ behavior.

Medical Marijuana May Reduce Opioid Use

Medical marijuana appears to have a great effect on opioid abuse according to the latest study.

It seems that people often turn to marijuana as a way to treat the pain and avoid more dangerous drugs. Many people who are addicted to opioids are willing to replace opioids with marijuana and other prescription drugs. Cannabis has been effective in treating pain for different types of conditions.

David Bradford, a professor of public policy at the University of Georgia said:

“We do know that cannabis is much less risky than opiates, as far as likelihood of dependency.”

However, the study found only a correlation and they cannot prove yet that medical marijuana can reduce the growth of opioid use since there might be other factors involved.

As of now, 33 states and the District of Columbia permit medical marijuana, while 11 states and DC allow adult use of the substance. Check the legality of marijuana, whether for recreational or medicinal purposes, in your state here.

Now that marijuana is not illegal across the country it has had a great impact on the reduction of opioid use. Bradford said: “Like any drug in our FDA-approved pharmacopeia, it can be misused. There’s no question about it. So I hope nobody reading our study will say ‘Oh, great, the answer to the opiate problem is just put cannabis in everybody’s medicine chest and we are good to go.’ We are certainly not saying that.”

What Is Sous Vide?