Low Sperm Can Lead to Greater Risk of Illness

Problems with sperm quality and low sperm count are factors that affect one in three couples who have problems getting pregnant. However, for this study scientists analyzed men in infertile couples to see whether semen quality had an impact on men’s overall health. What scientists found is that men with low sperm had a metabolic syndrome which could lead to developing heart disease and diabetes among other illnesses.

The men with low sperm count were 12% more likely to have a low testosterone level which can reduce muscle mass and bone density and lead to osteoporosis.

Dr. Alberto Ferlin, who led the study stated: “Infertile men are likely to have important co-existing health problems or risk factors that can impair quality of life and shorten their lives. Fertility evaluation gives men the unique opportunity for health assessment and disease prevention.”

It is important to emphasize that the study’s authors did not prove that low sperm counts can cause metabolic problems, but that the two issues are related. 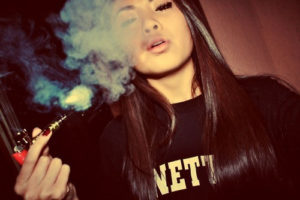 The inspiration for the study came from a Paul McCartney show a few years ago in San Francisco, California. Matthew Springer, a professor and biologist at the University of California, San Francisco: “People in front of me started lighting up and then other people started lighting up. And for a few naive split seconds I was thinking to myself, ‘Hey, they can’t smoke in AT&T Park! I’m sure that’s not allowed.’ And then I realized that it was all marijuana.” At that point, recreational pot was not even legal, but as you can imagine that did not stop anyone. At that moment, Springer had an idea to study the second-hand smoking effects of marijuana.

Springer and his colleagues studied the effects of smoking marijuana on rats. They demonstrated that second-hand smoking makes it harder for rats’ arteries to have a healthy flow of blood and to expand naturally. This may not come as a surprise.

More research should be done about the health risks of second-hand marijuana smoking.

Should we have Mandatory Screening for Postpartum Depression?

Lawmakers in California discussed a bill that requires all doctors to screen new moms for health problems such as postpartum depression. However, a lot of doctors don’t like this idea. As Dr. Laura Sirott said: “What are you going to do with those people who screen positive?” Obviously, doctors need more help then just mandatory screening, they need more tools and information on how to deal with postpartum depression.

According to the American Psychological Association, depression during or after pregnancy affects up to 1 in 7 women. Those women who screen positive, 78% of them do not get any mental health treatment.

There are not a lot of psychiatrists who are trained to treat the complexities of the issue, especially prescribing medication to a pregnant woman or breastfeeding mother.

It is also hard to find a psychiatrist who is trained in the complexities of prescribing medications to pregnant or breastfeeding women, and who is willing to treat them, especially in rural areas.

Dr. Sirott says: “So it’s very frustrating to ask patients about a problem and then not have any way to solve that problem.” Screening pregnant women and new moms seem like a good idea, however, we need to talk more about a treatment if we really want to help, not only have the number of women who are dealing with postpartum depression.