Here at Gildshire Magazines, we understand the connection between food and the holiday season. Tied together like BFFs, the two go together like a Kardashian and TMZ. We make a Faustian bargain with our bathroom scale during this season of parties and merriment. If it will just leave us alone through December, we promise two things. We will do our best to intersperse healthy foods in between the cookies and candy, and get serious about our nutrition after New Year’s Day (or, at least after the Super Bowl.) The second bargain is handy because it won’t trouble us until next year. The first, we think we can handle. Can we, though? Lurking beneath claims of nutritional benefit lurks some foods that aren’t as healthy as we think.  Here are some of the major culprits. 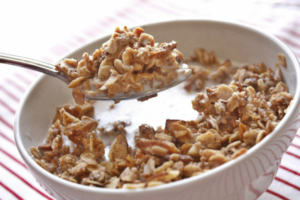 1. Granola: Long the breakfast darling of the Fitness Phalanx, granola isn’t the wonder food we think it to be.  Oh, it tastes like twigs, so it has that going for it, but its nutrition label tells its secrets. Just a cup of Nature Valley’s Oats ‘N Honey Protein Granola packs six grams of fat from canola oil, as well as 13 grams of white sugar, honey, and molasses. Many granolas contain in excess of 400 calories, and that before you add milk!

2. Low-Fat Salad Dressing: How dare something low-fat be anything but healthful? Alas, low-fat salad dressing is a weight-gain in a healthy disguise. Here’s the thing. Fat, sugar, and salt are the only three things that carry the salad dressing’s flavor. Cutting fat leaves a flavor deficit unless sugar or salt is added to carry the flavor burden. Ken’s Fat-Free Sun-Dried Tomato Vinaigrette has 12 grams of sugar. That’s three grams more than are in a fun-sized bag of M&Ms.

3. Turkey Bacon: “I’m watching what I eat. I’ll have the turkey bacon.” Unfortunately, you may be watching more than your waistline when you eat turkey bacon. It is lower in calories than its pork counterpart, but it’s loaded with artificial colors, sodium, saturated fat, and nitrates. Researchers link these to an increased risk of digestive cancers.

4. Protein Bars: Protein itself is great! Unfortunately, that protein bar you’re holding is itself holding some nasty secrets. Artificial colors, sugar, and high fructose corn syrup turn many protein bars into the cookies they are replacing.

5. Coconut Water: They still haven’t come up with a replacement for good old two parts hydrogen to one part oxygen. Coconut water is far from the answer unless you’re just drinking it for taste. A single bottle of mango-flavored coconut water packs 29 grams of sugar. For two grams more you can have a full-sized Milky Way bar! 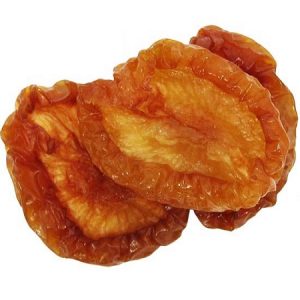 Your healthy foods ought not include dried fruits.

6. Dried Fruit: We know that we are sabotaging office break rooms everywhere, but the tale must be told about dried fruit. Long viewed as a healthy alternative to snack foods, it turns out not to be. Most commercially-prepared dried fruits are coated with added sugar and preserved using sulfites, one of the most common food allergens.

7. Protein Shakes: “I’m on a protein shake kick right now. I expect it to help me keep weight off clear through the holidays.” Probably not. That protein shake is more closely related to a Dairy Queen milkshake than you think. Protein shakes are often loaded with sugar.

8. Popcorn: Popcorn “can” be low in calories, depending on your love of water-retaining salt and fatty butter. However, much of what we find on the shelves of our local supermarket isn’t in the healthy foods category. Store popcorn is a repository of trans fats and salt. One bag of Orville Redenbacher’s Ultimate Butter Popcorn has 30 grams of fat and 688 milligrams of sodium. That’s half a day’s fat and a meal’s worth of salt.

9. Frozen Yogurt: Frozen yogurt’s reputation as a healthy alternative to ice cream is undeserved. Fro-yo has as much sugar as ice cream and research suggests that it may actually speed up bone demineralization, increasing your risk of osteoporosis. 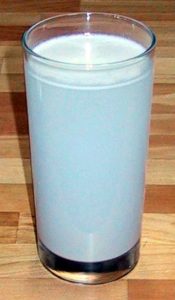 10. Skim Milk: “Make mine skim, please. I’m watching what I eat and drink.” Bad choice. Skim milk doesn’t just have less flavor than the full-fat stuff, it also may be less good for you in general. Research published in Circulation suggests that full-fat dairy products are linked to lower rates of Type Two diabetes. (Skim milk is also blue. That can’t be good.)

Your friends here at Gildshire want only the best for your health this season, but you already know you will make some bad choices. Just don’t make bad choices when you’re shooting for healthy foods.