Is Hellboy Worth Seeing? Gildshire Goes to the Movies

Home » Style & Creativity » Is Hellboy Worth Seeing? Gildshire Goes to the Movies

Hello again, movie lovers from coast to coast and sea to shining sea. Your friends at Gildshire are back with another look at the new releases offered to us for the weekend of April 12-14. To our friends suffering through yet another winter blast (this time in April!), we offer our best thoughts for a good outcome. For those of us who are not digging our cars out of the driveway, this is a great weekend to catch a movie. Rotten Tomatoes has four new releases with scores, including one whose lead character seems to have been born with oversized Oreos on his face. Let’s check out Hellboy and the other three offerings, as well.

Hellboy rated R for strong bloody violence and gore throughout, and language.

The original Hellboy (released in 2004) was a character with some nuance to his personality. He was a demon, to be sure, but a demon from the Nazis who grows up to defend against the forces of evil and darkness. There was some thought in that character and plot development. Alas, this movie dispenses with everything that made the first one thought-provoking, opting instead for 2+ hours of gore and bad language. That’s too bad because there is a good movie in this character. It stars David Harbour as Hellboy, Milla Jovovich as Nimue the Blood Queen, Ian McShane as Professor Bruttenhome, and Sasha Lane as Alice Monaghan. Rotten Tomatoes 12, Gildshire 1.4

From the creative mind of LAIKA comes this sweet and funny animated feature about a lonely being looking for family and friends. In it, characters voiced by Zach Galifianakis, Hugh Jackman, and Zoe Saldana help Susan find happiness. Gildshire has not grown tired of the trailer, even though we have seen it at least four times. That’s high praise for an animated movie. Rotten Tomatoes 87, Gildshire 4.3.

There are two reasons why similar-concept movies get made over and over again. Perhaps the filmmaker lacks creativity and wants to get rich off piggybacking someone else’s mind. Or, more charitably, maybe it is a concept that works over time. That is the case for “Little.” Though its basic premise has been seen before (most notably in the Tom Hanks classic, “Big.”) there are still laughs to be mined from someone who goes to sleep one age and wakes up another. The fact that the plot is derivative makes it hard to rate the movie in an over-the-top way, but it is worth seeing. It stars Regina Hall as Jordan Sanders, Issa Rae as April, Marsai Martin (who is also credited as executive producer) as Jordan Sanders, and Tone Bell as Preston. Rotten Tomatoes 55, Gildshire 3.9.

The Man Who Killed Don Quixote, not rated. 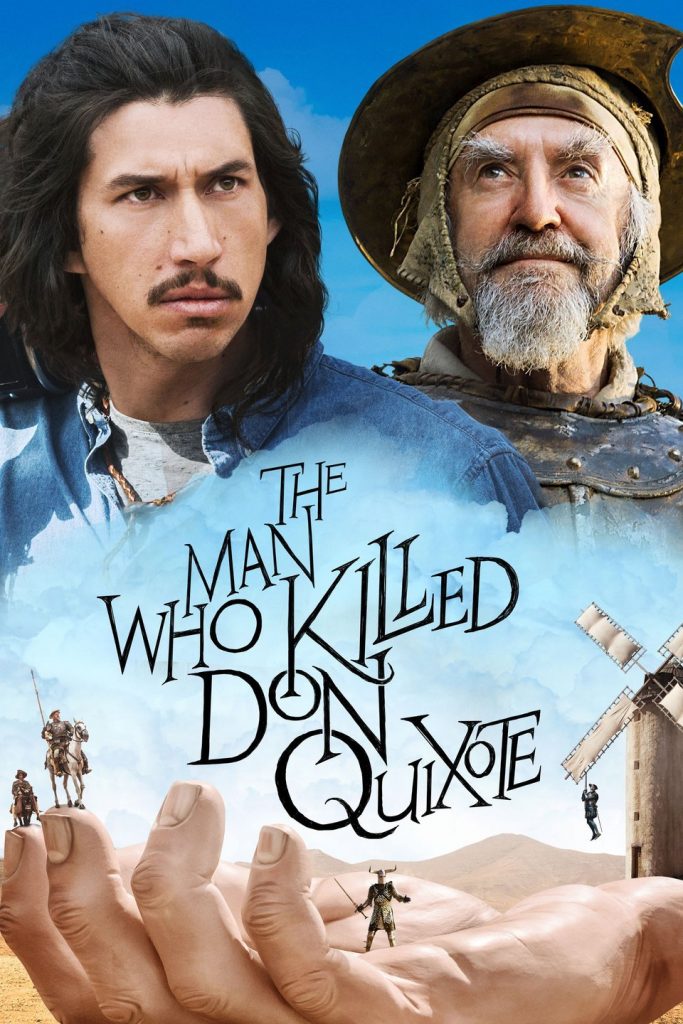 Gildshire’s Movie of the Fortnight

Terry Gilliam and Herman Melville’s Ahab have a lot in common, in spending a lifetime bringing a dream to fruition. Ahab obsessed over Moby Dick. In Gilliam’s case, the obsession was Miguel Cervantes’ knight-errant Don Quixote. Many years after his quest began, Gilliam’s passion project is out and appears to be just short of genius. Gildshire Goes to the Movies is not taking the easy route (Missing Link), but rather the out-of-the-box route to the Movie of the Fortnight award. This is the new release movie we most want to see. It stars Adam Driver Jonathan Pryce, Stellen Skarsgard, and Olga Kurylenko. Rotten Tomatoes 61, Gildshire 4.5.

That’s our contribution to your movie-choosing for this week. Join us again in a couple of weeks when we’ll return for more movie fun. Until then, put a little caramel on that popcorn, baby. You’re out on the town!