Honda Hopes Third Time the Charm for the Insight

Honda hopes for hybrid success rest on the Insight.

Honda Motor Company is situated in a sweet spot among car manufacturers. Known for cars that last forever, Honda is also a leader in new tech and styling. Indeed, the Civic’s style iterations have grown from humdrum to cutting edge. All’s well, or so it would seem, except for one hole in the sales sheet. Honda has never successfully marketed a successful hybrid compact. They tried, 20 years ago, with the original Insight. That one went nowhere. They tried again a decade later. That one almost went backward. Part of the problem was in helping the Insight find its own place and not just the distinction-less spot of being a Civic hybrid. Now, with the third iteration of the Insight, Honda hopes it has found the answer.  Car and Driver helped us with the research. 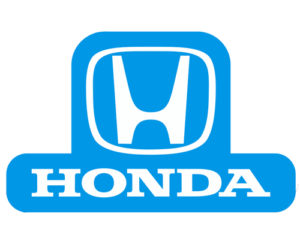 If you ask anyone who sold the first hybrid in America, most would say Toyota. Indeed, the Prius is the industry sales standard for gas/electric cars. But, they would be wrong. The Honda Insight was first. With the latest Insight, Honda hopes to take a step ahead of the other hybrids. However, they aren’t banking on EPA numbers. In fact, the Insight’s EPA numbers fall short of the Prius or Hyundai’s Ioniq. Instead, Honda is going after the driver who likes a little plush in his or her gas-sipper.

Honda has worked to make the Insight significantly plusher than the competition. The cabin appointments include real stitching for the soft instrument-panel trim. A 7.0-inch thin film transistor (TFT, in the industry) display is part of the standard instrument cluster. Heated seats and leather upholstery are available. It isn’t a Cadillac cabin, but it breaks new ground in the austere world of hybrids.

Convenience features are another way Honda hopes to make the Insight a step up from the Civic. The base LX model comes with 16-inch aluminum wheels, heated side mirrors, the 7-inch display and LED lighting. Connectivity improves as you move up in class. The EX model adds a larger, app-compatible 8.0-inch infotainment display.

Gildshire knows that the far-distant future of cars is all-electric, but the here and now is skewing to hybrid. Honda knows the same thing and believes they have a winner in the newest Insight. Available for the 2019 model year, they should appear in showrooms early this summer.