Gildshire is willing to take a stand right here and now. We come out foursquare in favor of weirdness, almost wherever it may be found. A quick glance through our Mall of Magazines will uncover weirdness in fashion, travel, food, and even sports. So, when we found out that Honda was recalling some of their Odyssey vans due to transmission weirdness, we knew that we had to take a look. Alas, we discovered that weirdness in transmission behavior is not something that we can tolerate. Thankfully Honda agrees and has initiated van recalls over transmission weirdness. Here is the story thus far.

Apparently, there are people out there who have mistakenly (or on purpose I suppose) shifted into “Park” while the vehicle is in “Drive” mode. Why would they do such a thing? We can’t answer that. But when they do that strange thing, the result is a symphony of grinding metal. Now, imagine with us what happens when the transmission is thrown into “Park” when the vehicle is traveling down the road at, say, 35 miles per hour.

That is what the Honda recall is all about?

What caused the issue in the first place? 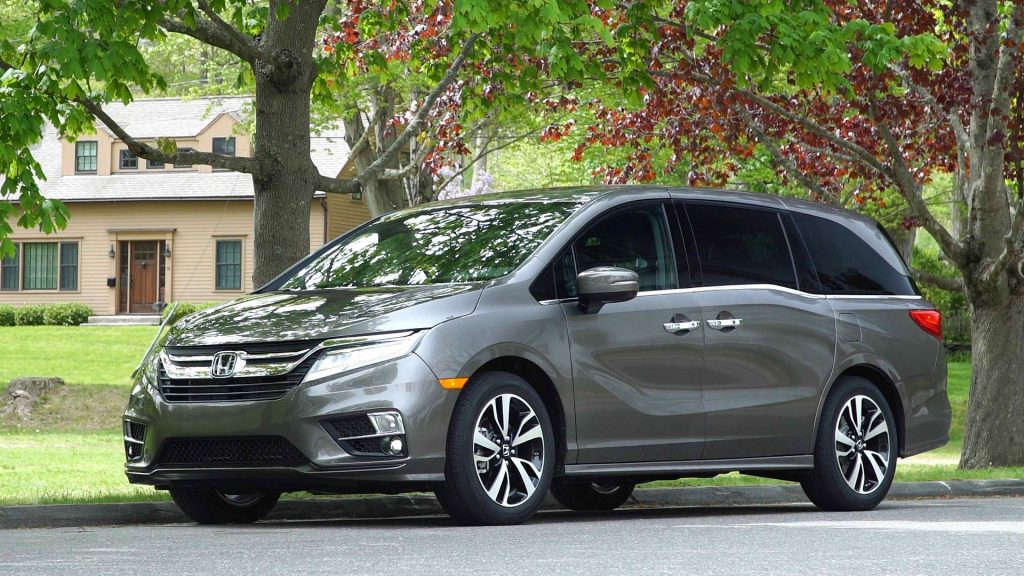 If your Honda Odyssey looks like this one, it may be due for recall over transmission weirdness.

The Odyssey’s transmission is controlled by what the company calls a “TCU” or transmission control unit. If something as minor as a loose battery terminal or degraded battery occurs, the TCU can reboot. However, TCU’s default command when rebooting is to engage “Park.” If the vehicle is in motion during that action, the parking system rod can be damaged, potentially causing enough harm to disable the entire “Park” system.

Honda took care of the problem on its assembly line. That’s why there is no recall of the 2020 Oddessey. It did so by reworking the transmission software so that, when a defect in the battery assembly takes place, a TCU reboot will attempt to shift the transmission to “Neutral.”

The remedy for the vehicles already on the road is similar. Honda technicians will apply a TCU software update that eliminates the issue. Owners should have already received the notice in the mail that Honda will do all the necessary work at the company’s expense. Generally, the company will attempt to contact the customer through email or other e-communication.

So, while Gildshire continues to champion weirdness in our daily musings, we stand for car buyers who’s vehicles suddenly lurch into “Park” at inopportune times. If your van is called back to the shop over transmission weirdness, do make sure to heed the recall notice. You’re one of our favorite weird readers, and we don’t want you to bump your noggin. Safe travels out there, folks. The life you save is important to so many.