Fans of classic horror and thriller fans are familiar with locations like the hotel from “The Shining” and countless cemeteries from zombie movies. Did you know that you can actually visit a lot of the places featured? Here’s a list:

Movie: “Night of the Living Dead” 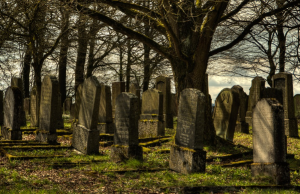 The Evans City cemetery in Evans City, Pennsylvania, is where this classic zombie flick opens. The leading lady, Barbara, witnesses a grisly death while kneeling by a tombstone of Nicholas Kramer. It’s a real tombstone, and you can go see it when you visit the cemetery.

Camp Crystal Lake is where the first movie of the Jason series is set, and where Jason himself died before the events of the film. The real name of the Hardwick, New Jersey camp is actually Camp No-Be-Bo-Sco, and originally served Boy Scouts. Now, it’s private property, and open only for special events. If you can’t make it there when it’s open, go hang out at Blairstown Diner, which filmmakers used for the Crystal Lake Diner. 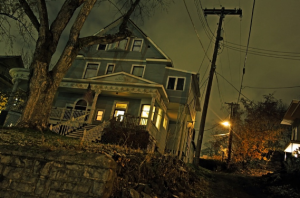 “Halloween” is a 1978 slasher about a psychopath who killed his sister as a child, and escapes from a sanitarium years later to wreck havoc. His California house features in the movie, and you can go see it now, though it’s been changed into a chiropractic office.

Place: The stairs and the real-life exorcism house

In Washington D.C. in Georgetown, you can go see the stairs where Father Karras died, and defeated the demon tormenting young Linda Blair. They’re called the M Street Stairs, and very popular with tourists. If you wanted to see the real house (since the film is based on true events), where an exorcism that inspired the book and movie occurred, you’ll have to travel to St. Louis, Missouri.

The setting of the famous horror film “The Shining” is the Overlook Hotel, which is haunted and pushes Jack Nicholson over the edge of sanity. The hotel’s exterior was filmed at the real-life Timberline Lodge in Mt. Hood, Oregon. If you want to see the hotel that actually inspired Stephen King, head down to Estes Park, Colorado, where you can find the Stanley Hotel. King experienced some weird events that led him to write the novel, and there have been rumors about various ghosts in the hotel, like a housekeeper who moves luggage around. The hotel is still up and running, and if you turn to channel 42 on your room TV, it’s playing “The Shining” on a loop. 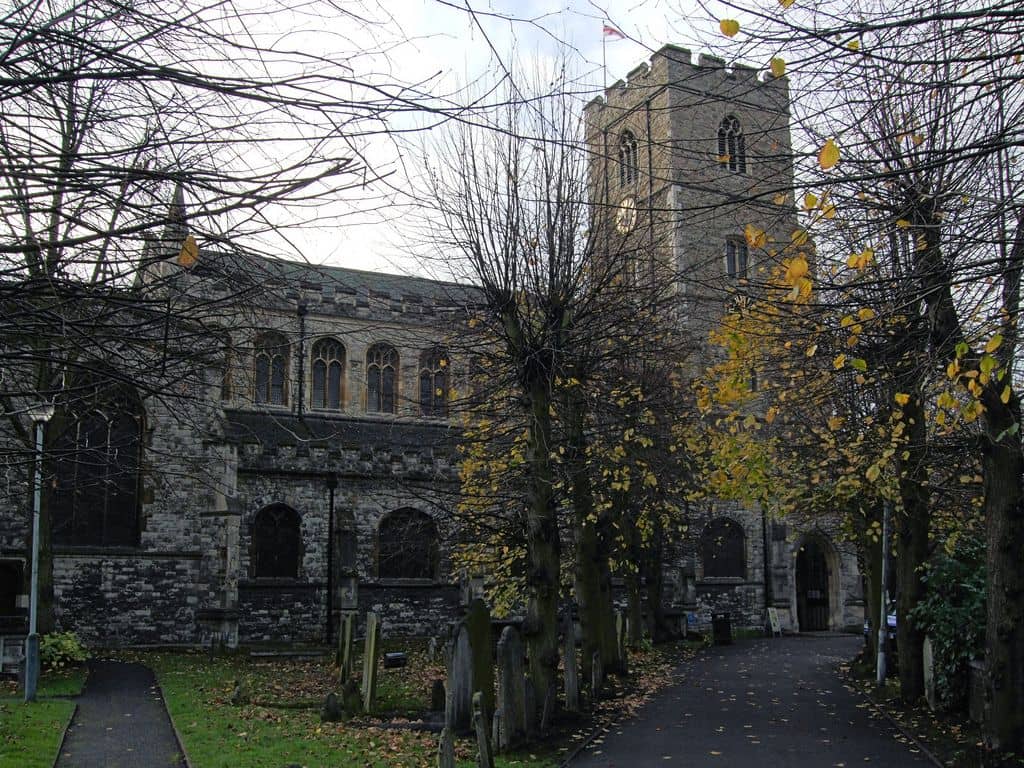 There’s a very famous scene in “The Omen,” which is about the childhood of the Antichrist, where a priest gets impaled on a lighting conductor. To see where the scene was filmed, go to the All Saints Church in London, next to Bishop’s Park. 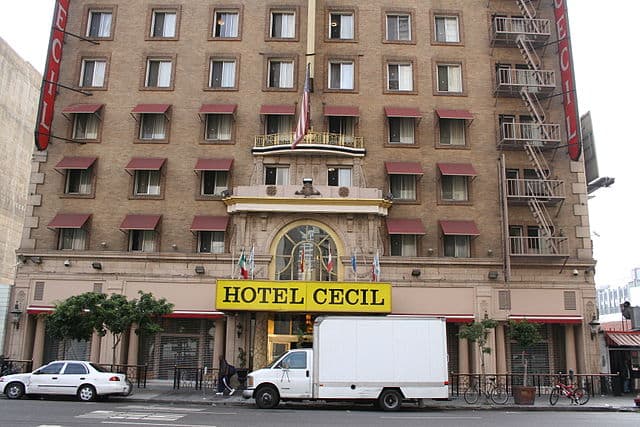 While it’s technically a TV show, the fifth season of “American Horror Story” featured a hotel based on a real place, specifically, The Cecil Hotel (or Stay on Main, they share the same building) in Los Angeles. This 700-room hotel was built in 1924, and has seen its share of suicides and even some murders. One legend says that Elizabeth Short, known as the Black Dahlia, stayed there the night before she died. In 2013, people started reporting that the water from the hotel taps looked and tasted weird. When a repairman went to fix the problem, a young student was found dead in one of the rooftop water tanks. After a video of the woman acting strangely in the elevator was released, some people began to wonder if she had been possessed. My husband actually stayed in the hotel recently, and while there, he did not experience anything strange, though there was a creepy chair shaped like a hand in his room.

Prettiest Places in the U.S. to Go For a Run