Home » Healthy Lifestyle » How Often Should You Replace Your Toothbrush? 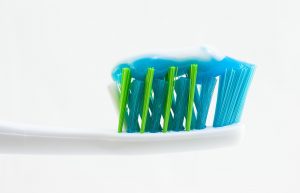 “Once the bristles start to bend, you’re not really cleaning as effectively.”

Another advice from Arbeitman is to run your tongue across your teeth to check if your pearly whites are slippery more than usual. If the answer is yes then it’s time to change a toothbrush since the old one is not doing its job effectively.

You might think that this is a little ridiculous. Three months is not a long time and what bad can happen if you don’t change your toothbrush on time? According to a study from 2015, toothbrushes can become contaminated with fecal matter. This not only a disgusting thought, but it can also be a dangerous thing according to the study’s author, Lauren Aber.

Surprisingly, this is not a big deal if you live alone. The trouble is when the fecal matter belongs to someone else. Researchers explain the reason behind this is because someone else’s fecal matter:

“contains bacteria, viruses or parasites that are not part of your normal flora.”

It seems that the most logical solution is to buy a toothbrush cover, right? Not really. A toothbrush cover is not that helpful and it can even make things worse. According to Aber:

“Using a toothbrush cover doesn’t protect a toothbrush from bacterial growth, but actually creates an environment where bacteria are better suited to grow by keeping the bristles moist and not allowing the head of the toothbrush to dry out between uses.”

Another study from 2007 confirmed that there is not much use in toothbrush covers. How to protect your toothbrush if the cover won’t help. Just let it stand upright after use. According to Arbeitman:

“If you stand a toothbrush up and let it dry between uses, the bacteria are pretty much going to die.”

And don’t forget to change your toothbrush regularly.

Why you Should be Eating More Brussel Sprouts