Home » Healthy Lifestyle » How our Relationships Impact Our Body Image?

Researchers showed that our relationships with other people have an impact on our body image. If we feel pressured by our family members and friends to feel beautiful, we will feel more negatively about our bodies compared to those who accept us as we are.

Pressure is Already There

Pressure by the media is already there for us to feel beautiful, and we might think negatively about ourselves if we don’t meet the high standard of what’s considered beautiful. We are bombarded by picture-perfect images of celebrities and friends on social media. This puts pressure on us leading to insecurities related to body image.

The study from the University of Waterloo

Recently researchers from the University of Waterloo in Canada investigated how relationships in your life reflect and impact your body image. In total 87 women took part in the study. Each woman listed family members, friends, and other important people they interacted with in the past two years. From each woman’s list, researchers picked randomly ten people. Each woman completed a questionnaire about ten randomly chosen people and how they feel around those people. 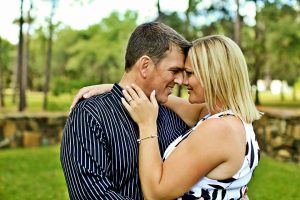 The Results of the Study

Overall, participants felt more positively around people who accepted their body as it is and who were not overall preoccupied with physical appearance. Women reported feeling more appreciative, loving, and accepting of their flaws around those people.

Furthermore, women reported that they were able to eat more intuitively around people who accepted them for what they are and accepted their bodies. Intuitive eating is a response to how your body functions and how full you feel. Not a response to emotions, judgments, and strict diets.

In total, for each woman average across all ten important people around them lead to how they felt overall about their body image. The results could imply if a woman was preoccupied with her physical appearance, and it could be directly connected with relationships they have in life.

Women who had more positive contacts felt good about their body (no matter the body shape) and were less likely to follow strict diets and more likely to eat intuitively.

Researchers found a strong connection between relationships and body image. The study also indicates that we don’t feel the same about our bodies around different people. This is applicable even for those who overall had a good body image. This means they could feel bad about how they look if they were surrounded by people who were judging their looks or their diet.

Around one person a woman can feel like the most beautiful woman in the world. While around the second person the same woman can feel insecure about her body.

The two most important features of others that have an impact on us are the following. Does a person accept you for who you are? And is the person preoccupied with physical appearance? Even if someone is talking negatively about their body that can have an impact on our body image.

Previously, researchers have found that there is a strong connection between social media and body image, but the impact is in our closer circle as well.

Be Mindful of Who You Surround Yourself

This study once more shows how important are the people in our inner circle. If we want to build a good body image and overall feel good, we have to surround ourselves with people who are positive and who are there to support us. There are certain people such as family members that we can’t just delete from our lives. But we do need to have an honest conversation with them about the attitudes they carry around us and how that makes us feel. This applies to all important relationships in our lives not only family members.

It’s important to remember that we have the same impact on others so stay positive towards others and make them feel good in your presence.

The Life of a Perfectionist – How to Know if You Have an Issue?