In a longitudinal study by the University of Bath and London School of Economics and Political Science, a group of researchers discovered that realists felt a better sense of well-being in the long run than optimists.

Expectations matter. Some people are pessimistic and they don’t even try hard enough. Or at all because they expect a negative outcome no matter what they do. Others are always optimistic and expect the best. And they might even think no action is needed. Some are just realistic, they see the facts and set their expectations based on those facts. 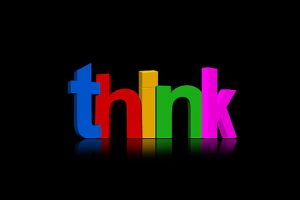 In the study, for the past 18 years, researchers checked on the 1,600 participants in the UK every year, trying to figure out which kind of mindset resulted in the best outcome. Does it help to be optimistic? Does that lead to better results? Researchers asked participants about their overall satisfaction with their life and mental health. They also asked about the participants’ finances as one way to measure their expectations and how that related to their well-being.

Realists are those who don’t assume that they will have a good or bad outcome. They simply plan on evidence that they have available to them.

What Are the Benefits of Being Realistic?

Chris Dawson, co-author, and professor stated in a news release:

“I think for many people, research that shows you don’t have to spend your days striving to think positively might come as a relief. “We see that being realistic about your future and making sound decisions based on evidence can bring a sense of well-being, without having to immerse yourself in relentless positivity.”

This doesn’t mean that we should never be positive but that we should be realistic with our actions, possibilities, and expectations. This research gives a whole new meaning to toxic positivity and why it’s important to be realistic especially when you are making big life decisions.

Getting Energized With Dark Leafy Greens

Why Stretching and Foam-Rolling Matter