We are all facing so many fears lately. How to deal with scary visions and nightmares? We are more prone to catastrophizing than usual. Often we think about the worst-case scenarios, not only for ourselves but for our loved ones or the planet as a whole. We do live in different times but we need to remain or become optimistic.

You might be dealing with pandemic nightmares related to your job, finances, health status, or future in general. Waking up in a sweat, wondering what do your dreams mean can be overwhelming. You might not remember your dreams, but you have daily visions of a scary future ahead of you. You are scared about the world around you and what’s going on.

We might think our future is jeopardized. Some lost jobs and some are scared that they might lose a job. Fears can be real but an apocalyptic future is more than often not realistic. Losing yourself in fear and staying frozen is easy. Moving in a positive direction with your thoughts and actions is what matters. When you think in a positive direction, good things will happen. 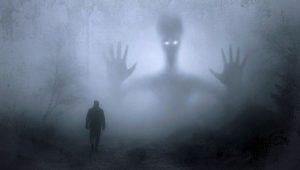 The human race has been prone to apocalyptic predictions, so it’s not surprising that we tend to do that with our own with our lives. Sylvia Brown wrote in her Book End of Days:

“In around 2020 a severe pneumonia-like illness will spread throughout the globe, attacking the lungs and the bronchial tubes and resisting all known treatments.”

We are fascinated with the prophecies of old civilizations. We try to find some truth in old predictions or we take them as silly and ridiculous. Needless to say, it’s hard to predict the future of the entire civilization and the planet as a whole. Still, we have personal intuition about bad things that might happen to us if we don’t do something about it. Even if we don’t believe in the visions of ancient civilization, we believe in our own scary visions about our future or the world. We might be scared or even worse, we feel hopeless. Sometimes, those things come true and we find the confirmation of our own intuition.

How to Deal with Scary Apocalyptic Visions?

The first thing you can do is not to believe it. Think about all your apocalyptic visions and dreams and write them down. See if they match something you’ve read or heard on the news. Often something that we watched or read can be a part of our own fears and nightmares. When we introduce negative content to our lives, it becomes a part of our life.

Think about all the things you were exposed to before your negative visions and dreams. News, movies, or even rumors can play a significant role in how we perceive the world around us and our future.

The most important thing you can do is track your intuition when you were wrong, especially when you have apocalyptic dreams and visions. If something creates fear, find some space to breathe. Find distractions and work on positive things in your life. Time will show you what’s real.

Free Range Fowl Foul: Do you truly know where your food originates?

The Benefits of Drinking Oolong Tea

Pressure Points for a Good Night Sleep and...

The Best Mid-Back Stretches To Make You a...

When is the Best Time to Take Vitamins,...

Do Eggs Cause Acne?

Should I Take Collagen on an Empty Stomach

The Pros and Cons of Homeschooling