How To Stick To Your New Year’s Resolutions

The origins of New Year’s resolutions

History suggests that ancient Babylonians were the first to make goals with the new year. They threw big celebrations, including a 12-day religious festival, where they made various promises to the gods. In ancient Rome, January, named after Janus, was a special month. Janus was a god with two faces who could look backward and forward in time. In January, Romans honored him with sacrifices and promises to behave better in the future.

Think about what you really want to do

A lot of people make resolutions based on what they think they should do in the new year. If your goal is about what other people want from you, you probably won’t stick to it.  As an example, I once set a goal to be more social in high school. I thought my parents were concerned that I didn’t have many close friends. However, I didn’t really want to socialize more. I was (and still am) a true introvert, so that goal didn’t get very far. The goals you set should be for you. They shouldn’t be about what others are doing or what you think others want you to do.

Break your goal down into smaller pieces

A lot of resolutions are broad. What does “Read more” or “Exercise more” really mean in your daily life? Break them down into smaller action steps like, “Read one book every month” or “Work out 15 minutes every day.” It’s best to start with steps you’re pretty confident you can do. Setting yourself up for victory right away is very important. It keeps you motivated. When you see progress, you can adjust the goal, so you’re aiming to read two books a month or work out 20 minutes a day.

Use your failure to learn

Nobody can stick to their New Year’s resolution without a few mistakes along the way. Expect to fail now and again, but instead of giving up on yourself, use the failure as an opportunity to learn. You don’t have to throw out your entire 2020 goal if something goes wrong. Analyze what happened and how you can improve in the future. Maybe you set a goal that was too hard or your circumstances changed, making your original goal trickier. Be forgiving with yourself and keep moving forward. 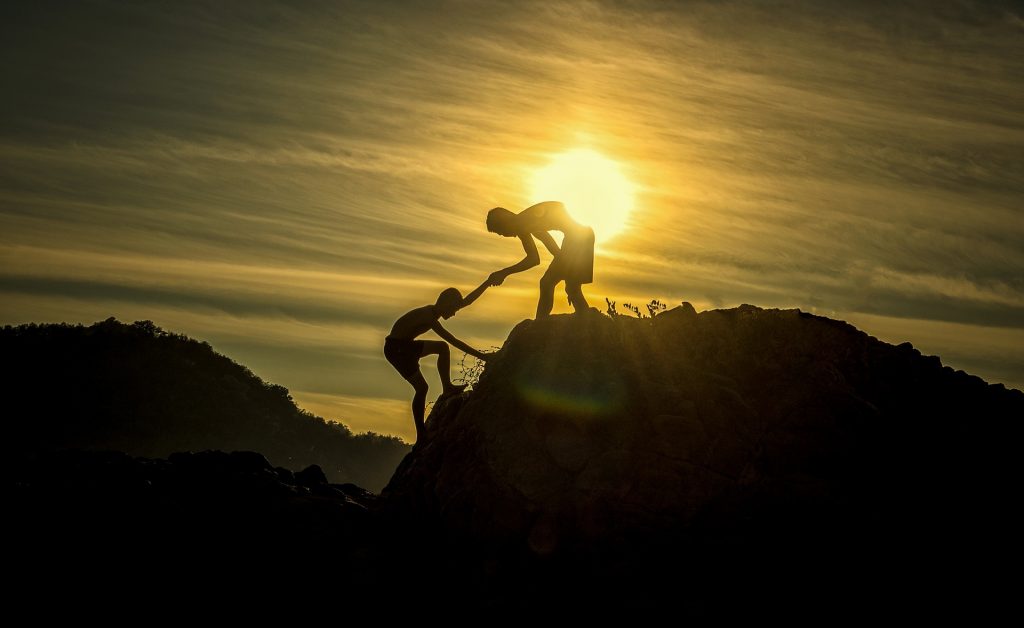 Just because you’re making a promise to yourself, it doesn’t mean you can’t find help from other places. In fact, getting support from other people is one of the best ways to stay motivated and energized about your goals. Find a friend or family member who has the same goal as you and work on it together. Join a group that’s relevant to your goal. When you know you have someone in your corner supporting you, it’s harder to just give up.

Want to exercise more this year? Research shows that you’ll exercise better when you have a partner.