How To Use Mental Models To Change Your Life

When you look at the world, what do you see? Are you an optimistic, a realist, or leaning more into pessimism? The answer is most likely a bit complicated. Everyone has mental models that you use to make sense of things around them. A mental model is essentially another term for a worldview. They shape what you think and how you act, either consciously or subconsciously. You use mental models in every area of your life, such as decision-making, problem-solving, and personal growth. Most people have only a few that they use again and again, but to achieve more success and happiness in life, you need a wide variety.

Good time management is a difficult skill for many people. It’s easy to procrastinate. To help, remember Parkinson’s Law. This mental model comes from a quote by Cyril Northcote Parkinson: “Work expands as to fill the time available for its completion.” This means that if you give yourself a month to do anything, it will end up taking you a month to do it. This is true even if it’s something small and simple. According to this model, a longer deadline than you need -a time cushion – is a perfect recipe for wasted time. You can use mental models like Parkinson’s Law to stay on task. Break up a project into smaller pieces and give each one a deadline.

Imagine throwing a rock into a lake. Can you see the ripples that disturb the surface? One action – the rock hitting the water – caused a series of events. The Causal Loop mental model requires you to think about causes and effects. This is especially useful in decision-making and problem-solving. If you’re debating between two choices or two solutions, think about the effects each one will have. Will those effects be positive or negative? Will they make your life easier or harder? The Causal Loop helps you think about the big-picture and long-term game. It’s almost like chess in that way. 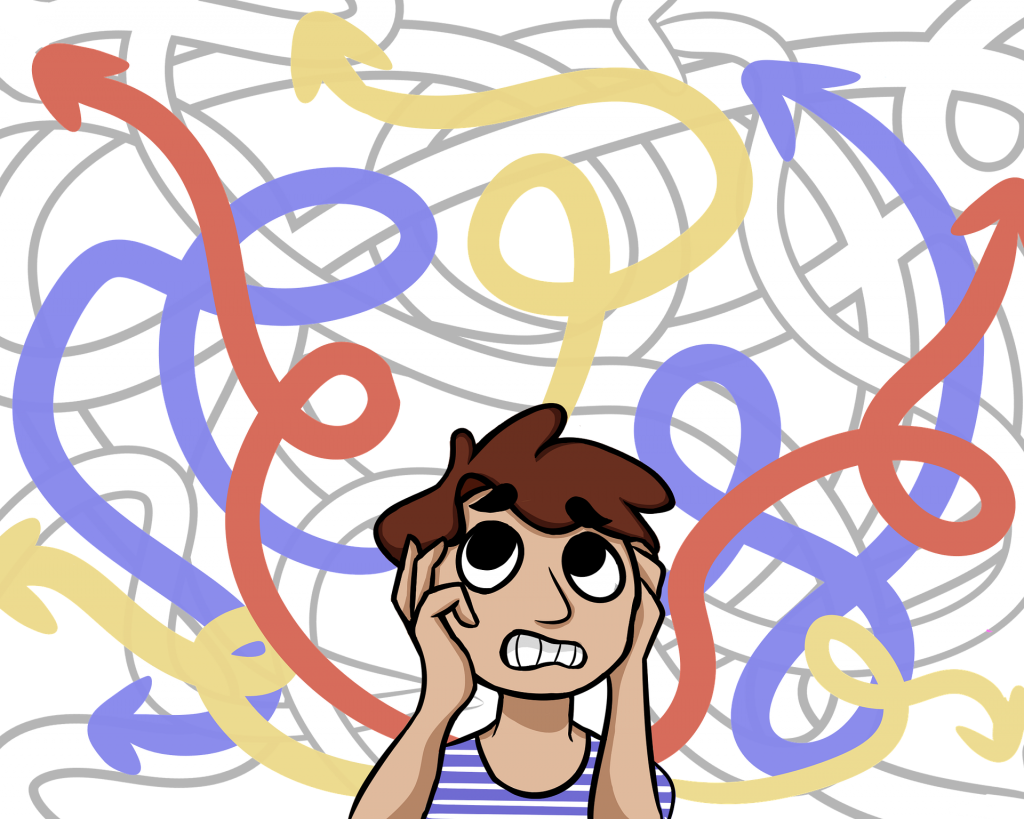 Having trouble with a problem or decision? Try thinking backward.

When you use the inversion mental model, you’re thinking backward. When wrestling with a decision or a problem, start at the end and consider what you don’t want to happen. Work backward from there and think about the steps needed to avoid an unpleasant outcome. Inversion can help you succeed with investments and stock. The mental model forces you to think about what you don’t want to happen with your money and how to protect yourself. While some people don’t like thinking about worst-case scenarios, inversion embraces them. The model then guides you to choices that prevent a bad outcome.

You can use mental models to change how you see yourself. In the late 1960s, two researchers performed a study with teachers and students. They learned that when a teacher had high expectations of students, the students did better. The researchers named this phenomenon “The Pygmalion Effect.” Why? In Greek myth, Pygmalion was a sculpture who carved a statue of a woman. He did such a convincing job that he ended up falling in love with her, treating her like a real person. Seeing his commitment, the gods brought the statue to life.

What does this have to do with what the researchers discovered? Pygmalion had sky-high expectations for his statue; he believed she was real. The gods rewarded him. Let’s apply this mental model to personal growth. The Pygmalion Effect means that what you expect of yourself impacts your potential. Want to go far in life? Believe in your abilities.

There are countless mental models that can improve your life. One of the most powerful? Being kind to yourself.

Why Setting Boundaries for Children is Beneficial to their Development