New York City is big! That isn’t news, so let’s put it another way. New York City is larger than life. That’s a perceptual thing, of course, but it won’t get much argument. It is to this sense of outsized proportion that draws visitors and locals alike to Hudson Yards, and its companion structure “The Vessel,” both of which opened recently. This multi-building retail and meeting center is changing the way people think about a physical shopping environment and has drawn its share of opinions. Gildshire’s Lev Radin visited Hudson Yards and offered his photographic expertise to the matter. 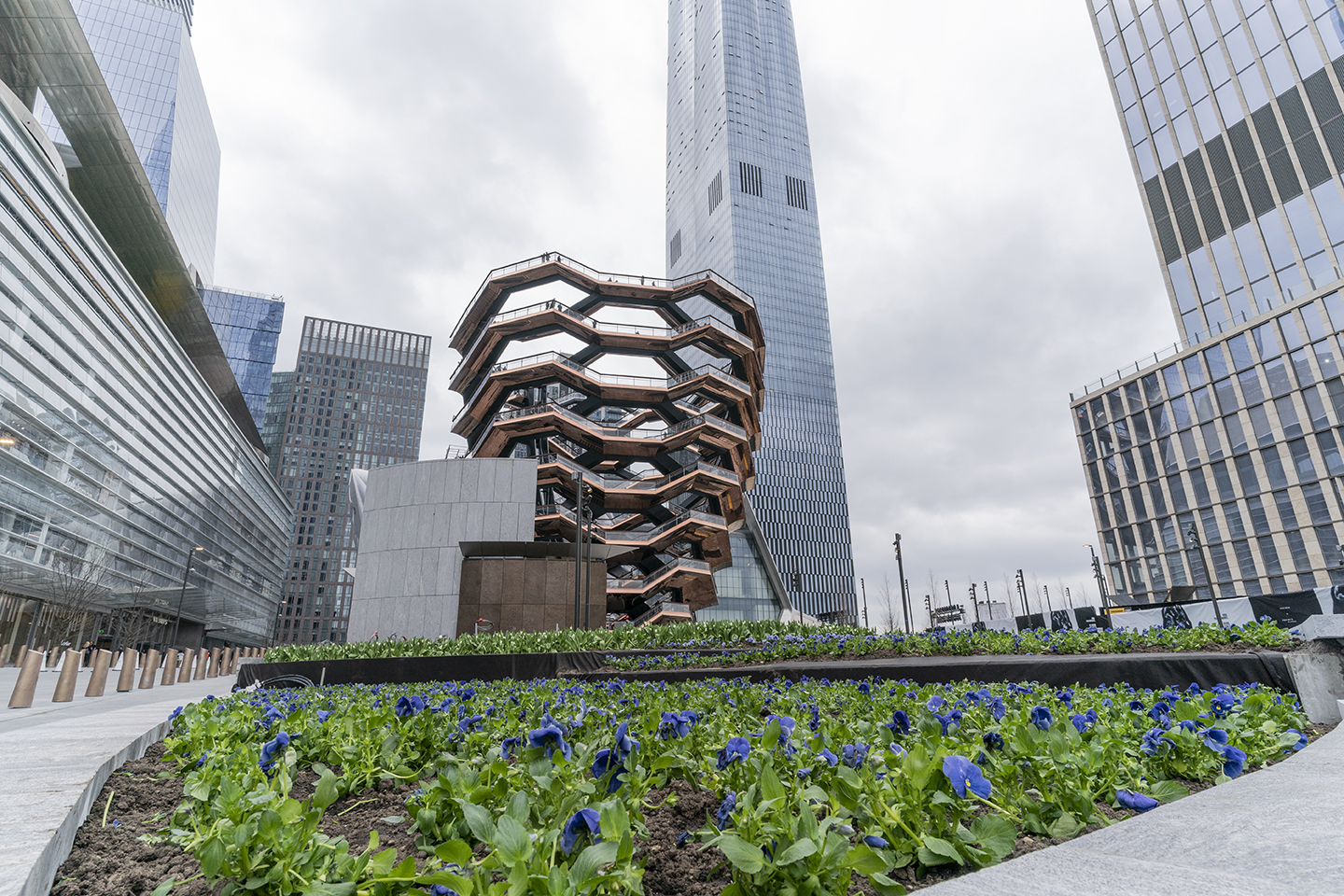 What is Hudson Yards?

Filling a cool 1,000,000 square feet, Hudson Yards is 100+ stores and dining experiences from top names. Neiman Marcus, Van Cleef & Arpels, and Momofuku are represented here. Also, e-commerce brands that don’t have a history as physical stores are present. M. Gemi shoes, for one.

Hudson Yards is way more than a clump of stores. Restaurants were located based on cuisine and design. One vacant spot is reserved for another restaurant, but only a restaurateur with an Italian-themed eatery may apply. Anything else would upset the perceived gastro-balance of Hudson Yards.

The mix of stores and restaurants make up the mall of the future as inspired by New York City itself, with a varied local demographic to serve, but a heavy tourist load, as well. Ever changing, the shops and restaurants that make up the Hudson Yards shopping extravaganza have staggered leases of varying lengths. What’s here today, may be gone tomorrow! Freshness and change is the watchword.

The stores here are designed to be more than the retail rectangle that is dying across the land. Today’s shoppers will go to a store, only if it affords them the chance to experience the brand for themselves.

You see, here’s a fact. For all of the Amazon Priming that is done, shoppers still like stores A January 2019 study revealed that 71 percent of people whose household incomes land below $50,000 still prefers to purchase in a brick and mortar store. In fact, over half with annual incomes above 100k prefer traditional stores.

They just feel like traditional malls suck the life out of them. Hudson Yards may be many things, but it isn’t your Mama’s mall. It’s taking the concept of store beside store beside store, and turning it on its ear. 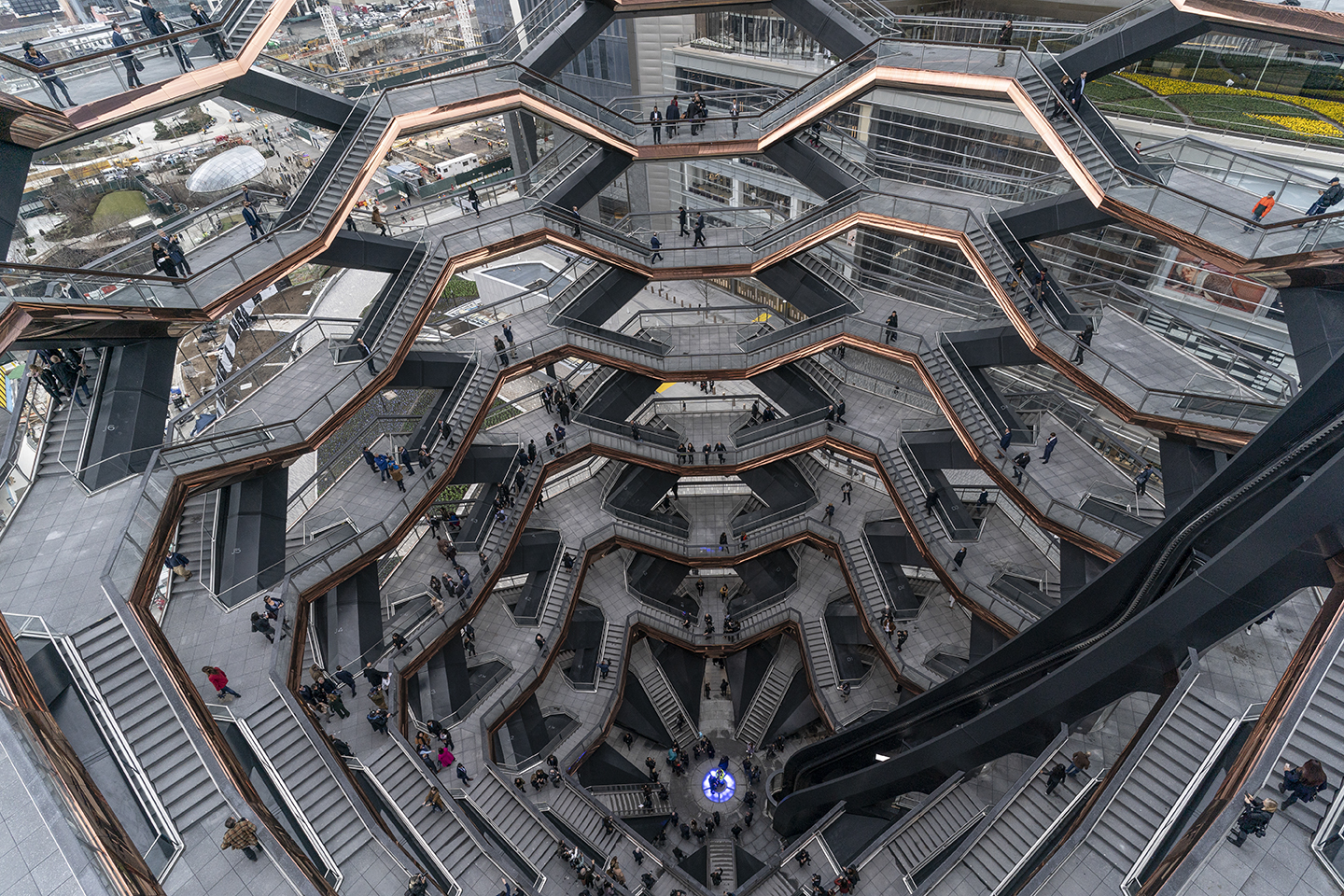 So, what is Vessel?

It’s partly an art installation, and partly a park, but all eye-catching. Vessel is a vertical structure maze that winds 150 feet high. It’s 154 staircases on 80 platforms, zigzagging into a web containing over 2400 steps. Even the folks who don’t care for the whole, are fascinated by the part that is The Vessel.

People who don’t care for the whole? Yes, there are those. Some folks say it is just a playground for the rich, and it is easy to see why? In spite of fast-fashion retailers like H&M, and at least one fast-food outlet (Shake Shack) most of Hudson Yards is of the Nieman-Marcus, Louis Vuitton, and Dior variety.

That said, the financial pages will cover Hudson Yards, and many people will walk its gilded halls. Will it be a success? That’s the billion dollar question.

How To Use Baking Soda