Home » Our World » More Than Ice Cream: The Activism of Ben and Jerry’s

In 1951, Ben Cohen and Jerry Greenfield were born. Just four days apart in age, these childhood best friends decided to start a food company in 1978, and after considering bagels, they switched to ice cream. The first Ben and Jerry’s scoop shop opened in a converted gas station in Vermont. In 1980, they began selling pints, which would become the driving force of the company. By 1987, they pulled in $32 million in sales, and today, they sell around $1 billion in ice cream in 35 countries. 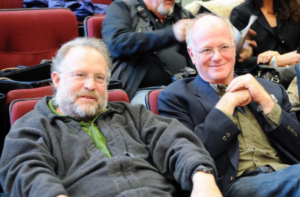 Success and wealth never mattered so much to Ben and Jerry. They wanted to make ice cream and have fun. However, they also wanted to have a positive impact on their community. On the 1-year anniversary of their original scoop shop, they gave out free scoops. This tradition repeats every year. Whether it was worker rights or environmental issues, Ben and Jerry cared.

However, in 2000, Ben and Jerry had to sell to Unilever. Because of legal precedents that encouraged the company to accept the highest offer, and not necessarily the one they felt was morally-right, Ben and Jerry “sold out,” as many saw it. There were unique provisions meant to protect the progressive activism of the ice-cream empire, however, like an agreement that meant spending on the social mission always had to outpace overall sales. It wasn’t quite good enough, though, and Ben and Jerry left the board of their own company.

This division lasted ten years. Then, the nonprofit B-Lab hit the business scene. Recognizing “benefit corporations,” B-Lab issues certifications to companies that meet certain standards, including environmental impact, treatment of workers, and more. Another significant feature: managers of a Certified B corporation don’t have to accept the highest offer when selling, if they believe another buyer is better suited to meeting the company’s social goals. In 2011, one year after B-Lab launched, Ben and Jerry’s applied and became certified in 2012. Ben and Jerry are much happier with their company now that there are strict measurements for progress.

What does Ben and Jerry’s social mission look like in practice? A lot of it has to do with ingredients. Cherry Garcia, one of the most iconic flavors, uses cherries from Oregon Cherry Growers. A co-op of 60 farms in the Willamette Valley and Columbia River Gorge, the company is Certified B. 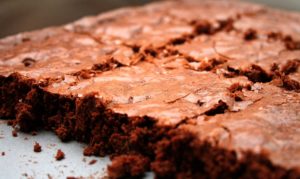 Are you a fan of flavors like the Brownie Batter Core and Chocolate Fudge Brownie? The brownies come from Greyston Bakery, which since 1982 has been providing job training and work for people who might have barriers to employment. This includes ex-cons, refugees, homeless individuals, and more. There are no background checks. The Ben and Jerry’s-Greyston relationship began in 1987.

For its cookie dough, Ben and Jerry’s turns to Rhino Foods. The company employs just 135 people, and offers an “Income Advance Program” for those who need loans. When work is slow, Rhino shares employees with nearby businesses. You can find cookie dough in Half-Baked and Chocolate Chip Cookie Dough.

Chillin’ the Roast, part of Ben and Jerry’s newest Truffle series, is made from cold-brew coffee ice cream. The coffee comes from Sustainable Harvest, another Oregon-based business that importers coffee from 15 countries. They are known for the “Relationship Coffee Model,” which aims to build closer relationships between farmers, producers, and consumers. Since the coffee business is notoriously exploitative, Sustainable Harvest partners with Fairtrade International and other nonprofits to make sure workers are treated well.

Ben and Jerry’s used to be America’s best-selling pint of ice cream. Halo Top recently beat them. What’s the story behind this new kid on the block?