The Most Impressive American Ninja Warriors 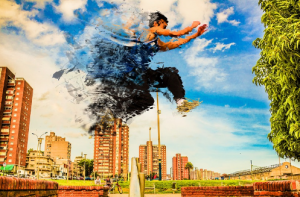 This June, “American Ninja Warrior” returned for its ninth season. The show continues to shock and inspire, as the best athletic competitors endure grueling obstacle courses and push their bodies to the limit. A spinoff of the Japanese series, “Sasuke,” where many ANW competitors also appear, the show does not have trouble finding would-be warriors. Here’s what they have to face:

There are 23 total obstacles for Mount Midoriyama. The first three stages consist of a series of timed obstacles that test different skills. Stage 4 is just one obstacle: a 75-foot rope climb that must be completed in 30 seconds or less. Here are some of the most impressive athletes to ever attempt to become a Ninja Warrior:

With a history of athletics, including gymnastics as a child, Meagan Martin competed in pole vaulting and rock climbing. While going to college, she would climb at least once a week for a few hours after track practice. This dedication paid off during season 6 of ANW when she tackled the Jumping Spider. When she triumphed, she became the first woman since Luci Romberg to do so. For work, Martin teaches at the ABC Kids Climbing Center in Colorado.

A trained gymnast, diver, and snowboarder, Steffensen demonstrated his love of sport from an early age. During season 4 of ANW, the first season in America where Midoriyama was built, Steffensen became the first American to complete what’s known as the “Ultimate Cliffhanger,” of Stage 3 of the Las Vegas Finals. That was as far as any American had gotten so far, and while Stage 4 remained elusive until season 7.

Looking at Catanzaro, you wouldn’t think she would be able to excel on the courses. At under 5 feet and 95 pounds, the tiny gymnast blew everyone away when she became the first woman to beat the 14-feet warped wall and move to City Finals. She then beat that, too, and went to the Las Vegas finals. Even though she’s short, her weight is actually an advantage. She’s essentially pure muscle, but isn’t bulky, so she just leapfrogged her way through many obstacles that a heavier person might have trouble with.

Nicknamed “Tumbleweed,” this all-around excellent athlete has a black belt in Taekwondo, the comparable black sash in Kung Fu, and training in five other martial arts. She was also a competitive gymnast and pole vaulter. As a stunt person, she was used to obstacles, and became the first woman to scale the 14.5-feet warped wall. She also became the first woman to make the City Finals twice in two years. At the Las Vegas finals, she did not complete the course, but did break her own record for highest finish in a city competition by a woman.

It would be wrong to not include the first winner(s) of “American Ninja Warrior.” In season 7, Geoff “Popeye” Britten became the very first American to finish Stage 4. His time: 29.65 seconds. However, the next competitor – Isaac Caldiero – also finished the rope climb and beat Britten’s time by a full three seconds. According to the rules, that meant that Caldiero was crowned the winner and given the prize money. The controversy led ANW to change the rules, so that now, if more than one athlete climbs the rope in 30 seconds or less, they share the money.

NBA Teams In Need of Change: What Moves Should They Make?