Home » Healthy Lifestyle » In Praise of Popcorn: A History

Can you imagine going to a movie theater and not getting popcorn? Or, if you decide to skip the concessions, can you imagine not wishing you had gotten popcorn? The puffy treat is the movie theater’s favorite snack, but it’s also great at home and in ready-to-eat bags with all kinds of flavors and add-ins. When did people start eating popcorn?

Corn has been a staple crop for thousands of years. As for the popped variation, kernels found in a New Mexico cave were carbon-dated to 5,600 years ago. More examples have been discovered in Central and South America, and it looks like the Aztecs used popcorn as decoration as well as food. As for North America, 1000-year old popcorn turned up in a cave in Utah, and French explorers recorded seeing the Iroquois tribe chomping down on the snack. When the newcomers tried it, they found it very tasty, and so colonists added it to their diet. They liked it sweet and would eat it like cereal with milk and sugar. They would also cook it with a little bit of molasses.

Fast forward a couple of hundred years and by the 1800s, popcorn was sold at stores, circuses, and more. It wasn’t until 1885, however, that the first commercial popcorn machine hit Chicago. It was mobile and allowed snack-sellers to wheel around the streets looking for customers. They ended up hanging out outside movie theaters, and eventually, popcorn and movies became synonymous with each other. In 1938, eager for a taste of some of that popcorn money, the owner of several movie theaters in the Midwest installed machines right in his lobbies. His success inspired other theater owners. 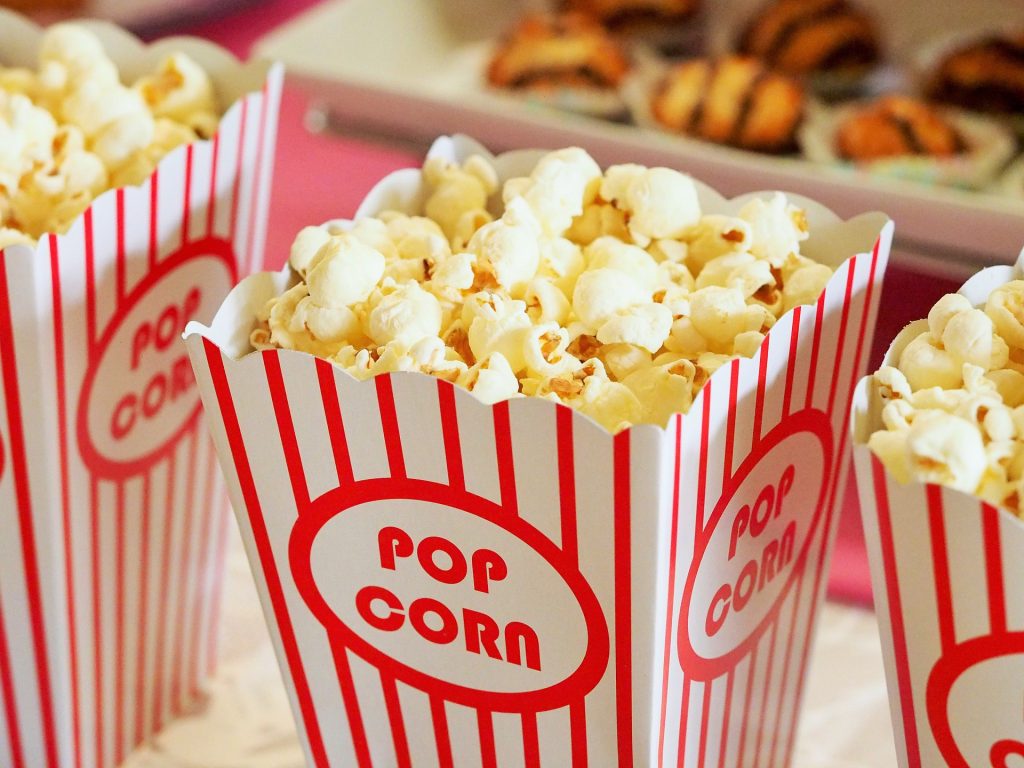 Did you notice that 1938 date? That was right in the Great Depression, but despite the fact that people were stretched thin financially, popcorn stayed affordable. It was one of the few foods everyone could buy, so the business did very well. Orville Redenbacher started selling popcorn during the Great Depression.

From the movies to the microwave

When TV became popular, people stopped going to movies as often. The popcorn business deflated. However, in 1981, microwave popcorn hit the stores. Brands like Act II became popular, though it was originally called Act I. Their first recipe used real dairy, so the bag needed to be refrigerated. In 1984, they released a new version that used butter flavoring instead of real butter and rebranded themselves as Act II. Microwave popcorn became so popular, microwaves now come with a dedicated “Popcorn” setting.

Popping popcorn is quick, but you know what’s even quicker? Just buying it already popped. Ready-to-treat popcorn-like Smartfood popcorn has skyrocketed in the last few years. It’s a billion-dollar industry. According to surveys, most people like cheese flavors, with chocolate/caramel coming in second. These snacks have both a flavor and health appeal since they are often air-popped and are less fatty than potato chips. They are also more convenient than waiting to microwave the corn yourself and then dealing with hard, unpopped kernels.

That doesn’t mean people aren’t still popping their own corn. There’s still a big audience for making popcorn the old-fashioned way with organic kernels and then seasoning with your own spices. You can find countless recipes with unique ingredients like garam masala, marshmallows, nutritional yeast, and more. They make great gifts and party favors.

Similar to popcorn, popped water lily seeds are on the list of hot new foods. What else will foodies be sampling?

How the FitBit Revolutionizes Fitness

How to Deal with Loneliness?