Every day, all over the world, sporting events take place. From the dewy schoolyard playgrounds full of 8 am Kidsport Soccer matches to filled billion dollar stadiums, the games people play occupy our minds. Occasionally, added drama comes to bear because this is a “rivalry game. But, only once in a great while does a contest take on the significance of internecine warfare. This time it’s personal. So it is when Atletico Madrid and Real Madrid wage battle on the soccer pitch. It’s a sporting event, but so much more. It’s about two different ways of looking at life. Last Friday, in International Champions Cup play, these two rivals had at it one more time. Atletico Madrid sent their rivals to bed without dinner by a score of 7-3 in front of 57,714 rabid fans at Met Life Stadium outside New York.

Gildshire’s Lev Radin was on the scene with thousands of others who expected to see a taut and hard-fought match. Instead, Mr. Radin was on hand for a blood-letting, Italian style. 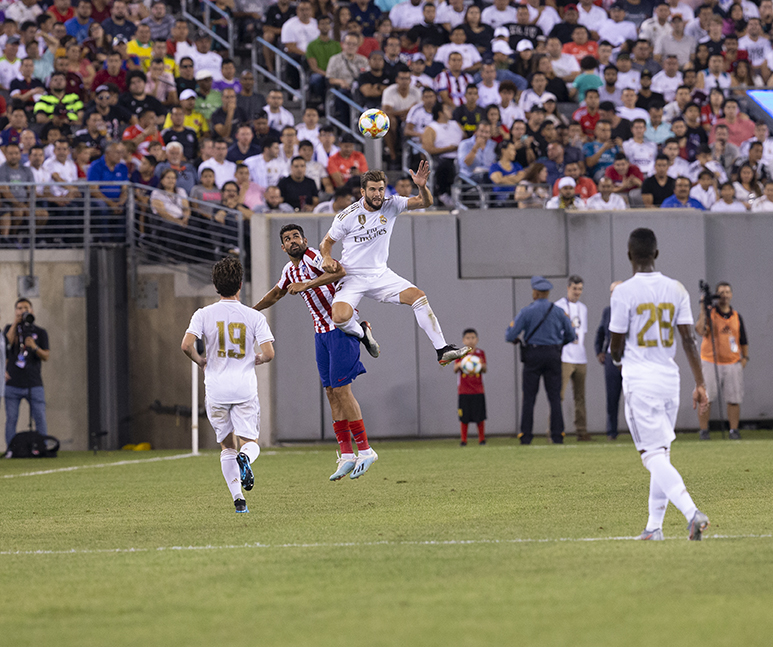 Scoring was to happen early and often. Atletico tallied before 60 seconds elapsed. Costa’s right footed shot from the right side of the box to the bottom left corner opened the scoreboard.

Onlookers commented as the score began to mount against Real Madrid, that keeping the field of play balanced became an issue right to left, as well as forward to back. This continued pattern of poor synchronization by Real Madrid made them appear both disjointed and undisciplined. 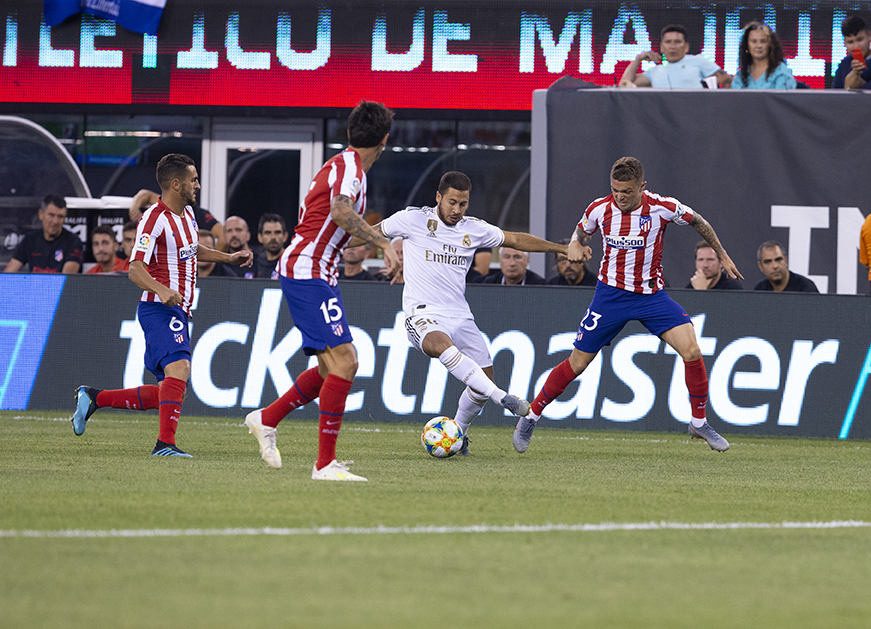 Atletico’s third goal was, in part, a result of Real Madrid’s disjointed defense. Ramos moved in on Koke who was cruising on the edge of the box. He shouldn’t have been a danger since Angel Correa would have been offsides if Ramos and Álvaro Odriozola had worked as a team. But, they hesitated, and Correa was well onside. The result: Ángel Correa’s right-footed shot scored from the center of the box to the bottom left corner. Koke assisted on the goal.

After that, the rout was on! Atletico Madrid would tally six times before Real Madrid could put a scratch on the scoreboard. The three late goals by Real Madrid might have assuaged their pride, but they took place while the Atletico players were acknowledging the roars of the crowd.

In the grand scheme of things, this was one match, and both teams are looking up in the standings. But, you can’t convince the Atletico fans of that premise. Long looked-down on (at least in their perception) by the higher-profile Real Madrid operation, they will take this dominating performance as a sign that the tide has turned in International Champions Cup play.

And, who is to say it hasn’t? Gildshire believes that’s what makes rivalries fun.

Moons That Leave Their Planets