Home » Our World » Is Bryson DeChambeau Golf’s Next Paramour?

As a major league sport, golf moves at a leisurely pace in some of the most beautiful natural environments the world has to offer. Players and fans alike are polite with a keen eye for skill and technique over full body contact. However, these facts haven’t stopped some truly dynamic characters from popping up within the sport.

Bryson DeChambeau, with a career-high ranking of World Number 5 and a few notable headlines under his belt has made his way into the spotlight. He’s considered by many to be golf’s most interesting sweetheart-next-door since his professional career took off in 2016. Though some may also place him in the rebel-without-a-cause genre. To be fair, he’s earned both monikers throughout his career. It may be easiest to describe DeChambeau as ‘Bryson being Bryson’.

As one of the youngest professional competitors in the PGA Tour, DeChambeau has a vibrant fan base, to say the least. Though he didn’t make it onto a list for the top futures odds for the 2020 US Masters alongside players like Rory McIlroy, Brooks Koepka, or Tiger Woods. Yet he does have five PGA Tour wins under his belt and plenty of time to improve his game.

Born in California, DeChambeau always seemed to have a career in golf ahead of him. After all, his father is golfer John Howard Aldrich DeChambeau. In an unexpected twist, DeChambeau went on to attend Southern Methodist University in Texas on a sports scholarship for golf, only to major in physics.

In summer of 2015, following his junior year of study, DeChambeau became the fifth person in golf history (and the first in SMU history) to win the NCAA individual championship. Then he won the US Amateur title in the same year. This feat helped him join the ranks of pros like Ryan Moore and Tiger Woods, who accomplished the same in 2004 and 1996 respectively.

Hamstrung by NCAA rules in the US, DeChambeau decided to forego his senior year at SMU to launch his pro golf career. By mid-April of 2016, he had placed 21st in the 2016 Masters Tournament, though he would have to battle throughout 2016 to earn enough money to qualify for the PGA Tour for 2017.

2018 was a big year for DeChambeau’s career, during which time he made his strongest impressions on the golf world due to his play on the putting greens. He won his first PGA Tour victory at the John Deere Classic in July of 2017. Yet, he wasn’t able to place in the US Opens that year. 2018 was his big turnaround, during which time he won his first playoff victory at The Northern Trust (setting a course record, as well), then the Dell Technologies Championship, which was another playoff tournament.

After these wins, DeChambeau made an appearance in the 2018 Ryder Cup, then a win at the Shriners Hospitals for Children Open, which were enough to propel DeChambeau to a World Ranking Number 5 place after only two years in the world of professional golf.

However, since his strong start, many pundits wonder what kickstart DeChambeau will need to reactivate his career. In December of 2019, he participated in the Presidents Cup in Australia. There he helped the US team take a victory. However, his return to Australia as a prof was met with quite a few stares. 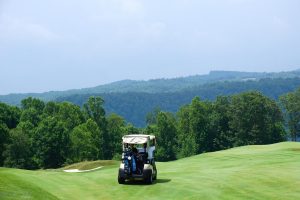 No one can say that DeChambeau isn’t an interesting player. As one of the oldest sports still in play today, golf can present itself as a conservative sport for conservative folks. Even the dress hints at this dynamic. However, the young and vibrant DeChambeau has irrevocably infused the sport with a splash of intrigue, much like Tiger Woods managed to do in the 1990s during his rise to fame.

Aside from his play, DeChambeau has two claims to fame in the golf world: slow play and big muscles. In October of 2019, DeChambeau announced that he wanted to ‘get huge’. Since making these comments last October, DeChambeau went on to appear at the Presidents Cup in December of 2019 in Australia. As aforementioned, the pro was met with stares because he’d accomplished this feat.

DeChambeau looked bulky, to say the least. At the Dubai Desert Classic in January of 2020, his larger frame had transformed into a svelte physique. From October to January the following year, the young pro seemed to have transformed. Fans have watched his social media journey to ‘get jacked.’ These appearances were more like catwalks than unexpected surprises.

In fact, DeChambeau has been working under professor Greg Roskopf, who invented a program known as Muscle Activation Technique. And it isn’t only a physical change that DeChambeau wanted, his golf stats have shown significant increase, with his driving yards jumping 19 yards in one year alone.

DeChambeau has been vocal about his new focus on muscle isolation and activation to improve his golf game and physical condition. Fans and pros alike have been positive and supportive of his new physique. However, his attention to detail continues to get him into trouble.

Like his big muscles, DeChambeau is known today for his slow play. Slow play in golf signifies a considerable amount of time to make a basic put. Yet, for a former physics major, terms like inertia, air density, and coefficient of restitution are living aspects of play. Unlike other pros, DeChambeau can take up a considerable, if not all, of his allotted time for a given put.

That’s because inside his head, he’s calculating and synthesizing a variety of external conditions to try for that perfect shot. Wind, humidity, friction, and the rules of physics can take quite a bit of time to calculate before each shot. This is earning ire from other players. Even some fans prefer to see some brevity in the otherwise tedious sport.

In fact, some players, like Gary Woodland and Rickie Fowler, spotted sporting polos that feature a turtle with a golf club. DeChambeau decided against wearing a shirt. He insisted that his quick pace between shots more than makes up for using up to 86 seconds or 2 full minutes to put. Unfortunately for Bryson DeChambeau slow play has come under considerable fire in the past few years. Now he seems to be at the epicenter of the storm.

Daniela is based in Brighton in the UK, she has been writing since 2010, utilizing her writing skills and transferring them to business marketing and storytelling. She coaches, consults, speaks and writes.