Is Joker a Must-See This Weekend at the Movies?

Hello, movie fans! Gildshire Goes to the Movies is back for another round of movie discussions and new release chit-chat. It seems like such a short time ago that we were talking about going inside to beat the heat. Now there’s a nip in the air in many places. I’ve heard that some people in Montana are ordering Old English sheepdogs on Amazon. Three dog night, indeed. Well, friends, I know that you want to hear all about the new releases this weekend at the movies. In particular, one movie opening this week has your attention. I won’t make you wait past the first one on our list.

“Is Batman in this movie?” That’s the question Gildshire has been asked since the first trailer for this film hit the airwaves. The answer is yes…kinda. But, the more we think about it, the more the question seems beside the point. This is quite a performance by Joaquin Phoenix playing one of comic book land’s most intriguing characters. As such, does it need Batman? It does not. Does that mean it is a great movie? It does not. In the filmmakers’ efforts to differentiate this movie from comic-book norm, he sometimes forgets to make it about anything. This film will not bore you. But, it may not delight you either. “Joker” co-stars Robert DiNiro, Zazie Beetz, and Bill Camp. Rotten Tomatoes 69, Gildshire 3.8. 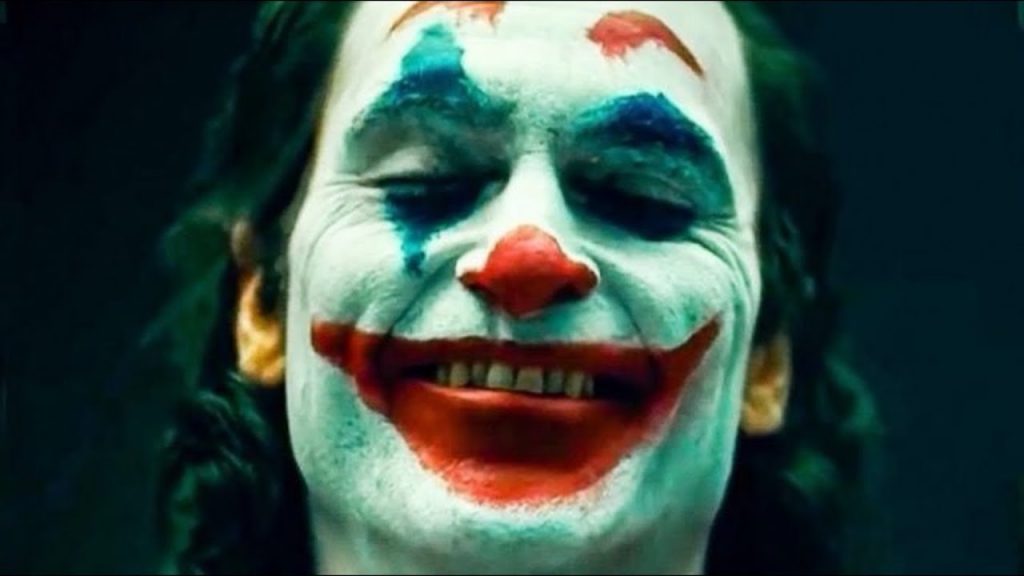 “Joker.” The one word on the mind of many this weekend at the movies.

“Lucy in the Sky,” rated R for language and some sexual content.

William Shatner told us that space was the final frontier. Therefore, it must be so. Hollywood’s efforts to make good movies out of the concept have been mixed, at best. So, it may be appropriate that “mixed” is a good description of this movie. Natalie Portman, as Lucy, performs the role of NASA astronaut beautifully. That’s enough, by itself, to garner 2.5 Gildshire stars. But, the rest of the movie flails about finding the message it is trying to deliver. We think R/T is being too harsh, but this film falls short of recommendation status. It costars Jon Hamm as Mark Goodwin, Dan Stevens (IV), as Drew Cola, and Zazie Beetz as Erin Eccles. Rotten Tomatoes 29, Gildshire 2.5.

“Pain and Glory,” rated R for drug use, some graphic nudity, and language.

Told in equal parts current state and flashback, this arcing movie tells the story of a filmmaker who felt compelled to live out his craft, until he could do it no more. We are treated to yet another wonderful performance by Antonio Banderas as Salvador Mallo. The film costars Asier Etxeandia as Alberto Crespo, Penelope Cruz as Jacinta, and Leonardo Sbaraglia as Federico. Rotten Tomatoes 96, Gildshire 4.0.

“Wrinkles the Clown,” not rated.

This documentary film examines a phenomenon that gained, if not national, at least viral regional fame in Florida. A clown who would scare people by request. He became a sensation, inspiring admirers and detractors in almost equal measure. This film unmasks Wrinkles and asks the proper questions about fear and our fascination with clowns. Rotten Tomatoes 71, Gildshire 2.6.

“Dolemite Is My Name,” rated R for some sexuality, full nudity, and brief language.

This film is based on a true story. Gildshire feels the need to say that straight out because you would not believe it otherwise. The story is outrageous, but Rudy Ray Moore was a real person, who failed, for the most part, at stand-up. So, he became a new person and talked his way on to the big screen. We have to be honest about something. Gildshire saw the description of this movie and discarded it as a candidate for the Gildshire Movie of the Fortnight. But, then we thought about it again, compared it to other offerings this weekend at the movies, and named it exactly that. It stars Eddie Murphy, Keegan-Michael Key, Da’Vine Joy Randolph, and Wesley Snipes. Rotten Tomatoes 98, Gildshire 4.4.

Those are the new releases for this weekend at the movies. Depending on your location, get in out of the heat, or out of the cold. But, get in there and enjoy a movie.

(Not) Over The Rainbow: Psychology Of The Colorful Food Fad